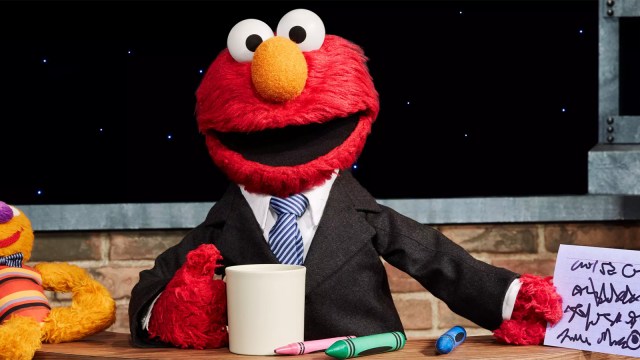 Sesame Street must be home to an HMO with paperwork even slower than ours because it took seven months from last year’s announcement that Sesame Street’s Elmo would get the COVID-19 vaccine to today’s Tweet from the little red monster himself that he’d received the shot.

“Elmo got the COVID vaccine today, just like Elmo’s mommy and daddy!” wrote the Muppet. “Elmo’s daddy had a lot of questions, but Elmo’s doctor said the vaccine would help keep Elmo healthy, and all of Elmo’s friends and family too! #CaringForEachOther“

In the year since people around the world started getting “the jab,” there have been mostly few or no side effects beyond the usual sickness after receiving any vaccine. This means that, without any evidence that the shot turns anyone into lizard people, homosexuals, or zombie slaves of the Bill & Melinda Gates Foundation, conservative anti-vaxx Twitter took the news calmly and rationally.

Just kidding! There’s been some criticism from the expected quarters.

Texas Senator Ted Cruz took a break from his busy schedule, fleeing his state during weather emergencies to once again pick up his crusade against children’s television programming in another round of the fight he keeps losing against a hand puppet:

On the other hand, Trish Greenhalgh, who is an actual licensed general practitioner and internationally recognized academic and professor of primary care health sciences at University College London and Queen Mary University of London ,had a slightly more educated response:

On the other hand, professional “wife” (as described in her Twitter profile) Harmeet K. Dhillon believes that the next step for the eternally three-year-old child monster is going to be his journey through gender transition:

While professional YouTuber Luke Rudkowski, who also believes 9/11 was an inside job and isn’t allowed on Facebook anymore, demonstrates an inability to tell the difference between “experimental medical procedure” and “end product of a vetted scientific trial process.”

Elmo is reportedly in good condition after receiving his vaccine.