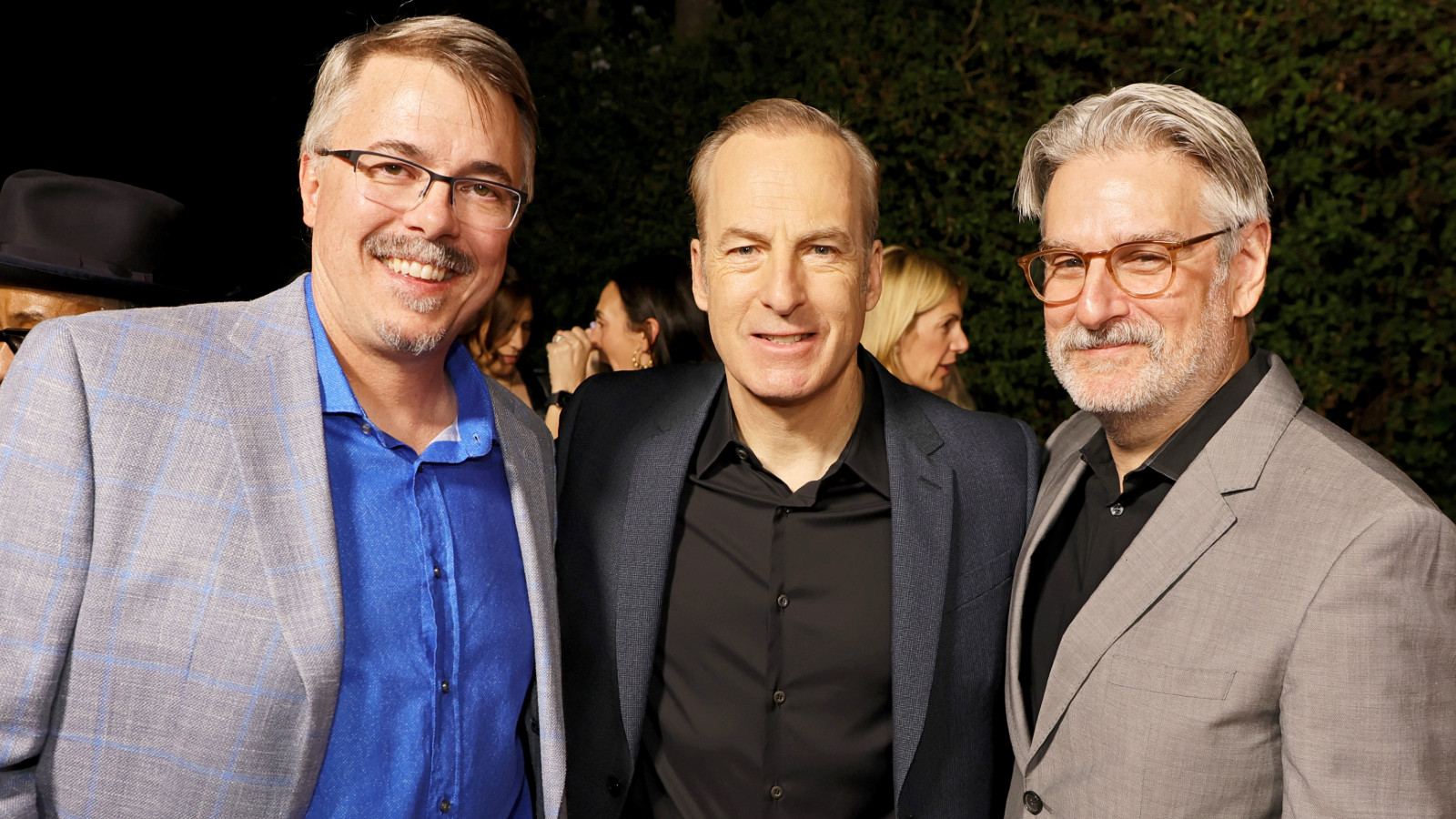 The sixth and final season of Better Call Saul premieres on Monday, April 18, with the back half of episodes to follow starting July 11. Fans have been eagerly waiting for more than two years for the thrilling conclusion of the Breaking Bad spinoff, as all the pieces are in place for what seems to be heading in an explosive direction.

And during the Hollywood premiere last week, series co-creators Vince Gilligan and Peter Gould essentially confirmed that the sixth season is going to be the most bananas season yet while speaking with Variety.

“Fucking amazing,” Gilligan told Variety on the red carpet at last week’s premiere at the Hollywood Legion Theater, while Gould offered: “Holy fucking shit.” In a more serious tone, Gilligan added that Season 6 is “the best season yet… There’s a real argument to be made that Better Call Saul is better than Breaking Bad.”

Bob Odenkirk teased the final season as an “evolution hard-earned,” while Patrick Fabian, who plays Howard Hamlin, described it as “excruciatingly painfully exciting.” He continued, “It’s a satisfying season. All the setups that they put up the mountain start careening down the mountain.”

Will Jimmy, err, Saul, err, Gene finally get tracked down at the Omaha Cinnabon he manages? And what happens to Kim Wexler? Probably nothing good — considering that she’s never once mentioned on Breaking Bad. With so many wheels in motion, it’s anybody’s best guess now.

Variety also caught up with Giancarlo Esposito, who plays the chilling crime boss Gustavo Fring, to inquire about another potential spinoff centered on his character.

“I do think there’s more life in Gus. Maybe not this year, maybe not next year,” Esposito admitted. “But there’s something that we all are intrigued by, and we want to find out about. Even me.”

Throughout Breaking Bad and Better Call Saul, viewers have watched Gus operate as a drug kingpin in a restauranteur’s clothing. But according to Esposito, there’s more sides to him we haven’t yet seen.

“In Breaking Bad, I wanted Gus to have a family… I wanted people to know that Gus has a family,” Esposito said. “That’s in my mind — you never saw that, you don’t know that. But he really was a wonderful family man… hiding in plain sight. I love that concept. You don’t know who lives next door to you. You don’t know what this guy does.”

If Gilligan and company are serious about a spinoff, Gus or otherwise, then they had better move quickly. After all, it’s been nearly 15 years since Breaking Bad premiered, and the actors certainly aren’t getting any younger, which will most likely be evidenced in upcoming cameos from Bryan Cranston and Aaron Paul.

In the meantime, you can watch the official season 6 trailer for Better Call Saul below.