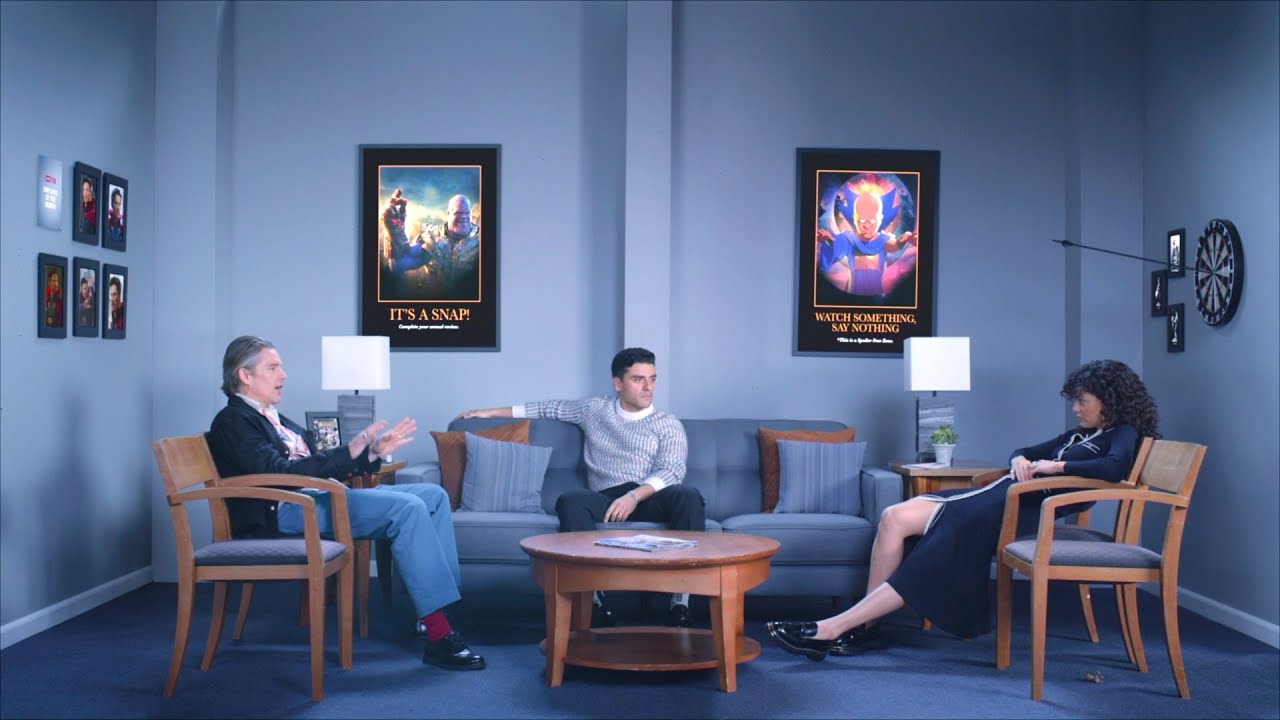 Marvel Studios is famed for attempting to maintain an impenetrable veil of secrecy surrounding upcoming projects for as long as possible, unless Sony are involved, in which case it’s open season as the rampant Spider-Man: No Way Home leaks will attest.

Leaning into that reputation, the latest featurette to hype next week’s Disney Plus debutant Moon Knight has taken a meta approach to preventing spoilers, by locking three of the show’s main cast members down in a room to do nothing but reflect on their own characters, while making sure that Oscar Isaac, Ethan Hawke, and May Calamawy don’t mention any other movie or TV show in the process.

As you’d expect from the Marvel Cinematic Universe, though, there are plenty of Easter Eggs lurking in the background, covering everything from the Infinity Saga to Doctor Strange in the Multiverse of Madness. So far, the Moon Knight promotional campaign has delivered a fairly standard selection of trailers, teasers, TV spots, promos, and featurettes, so kudos to Kevin Feige and his team for effectively breaking the fourth wall and living up to their reputation.

Not that anyone familiar with the franchise needs any convincing to watch Moon Knight, which comes packing plenty of hype and increasing levels of buzz, with the six-episode event opening up the doors to the supernatural side of the mythology, something that’s going to become an increasingly important and integral part of the MCU as the shared superhero saga continues to expand at an unstoppable rate.