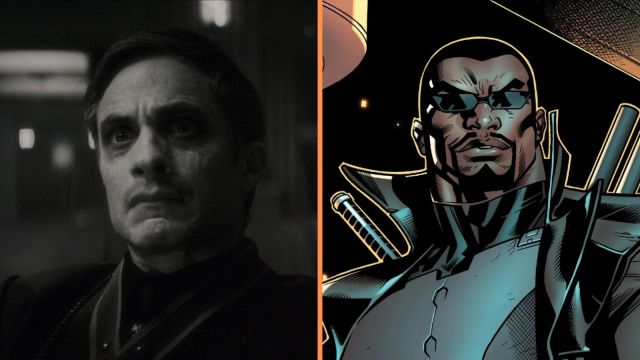 Michael Giacchino has addressed the greater connections of Werewolf by Night to the greater Marvel Cinematic Universe, confirming the intention is undoubtedly to tie it into a further project.

The first-ever Disney Plus MCU special saw an early debut at Fantastic Fest with early reviews giving it horrifically good reviews, as well as plenty of praise for Giacchino’s vision. The black-and-white special sees a plethora of new additions such as the titular character played by Gael Garcia Bernal, Man-Thing, and Elsa Bloodstone.

There’d been speculation of a certain vampire-slayer making his way into the project, and during an interview with OneTakeNews, he addressed whether Mahershala Ali indeed had a cut appearance. In a very roundabout way, Giacchino seems to confirm such a cameo was never in the works, but there’s always the intention of expansion.

“You know what, rumours are insanely inaccurate I would say…99.9% of the time. The thing about the Marvel Cinematic Universe is everyone thinks that every single thing is going to be connected. EVERY single thing. And it doesn’t mean that we’re not connected. But, I didn’t feel the need to blatantly say we were. You know, every other show has done that and they’ve done it brilliantly and I thought “you know what?”, when I was a kid, I would pull a comic off the shelf and this particular Werewolf By Night issue had nothing to do with anything else in the Marvel Universe. What’s wrong with that? That’s okay!”

Blade’s much-anticipated second appearance in the MCU may not come until his solo film, which is due to release Nov. 2023. One of the less spoken about projects for the coming year, it’ll look to put Blade back in the spotlight following a cinematic absence over 15 years long.

The last Blade film subtitled Trinity had some notorious production issues, but it feels like, given the mostly steady ship that is Marvel, it’ll be an easy return in celluloid come late 2023.

Blade is set to be directed by Bassam Tariq, and is due to begin filming shortly.