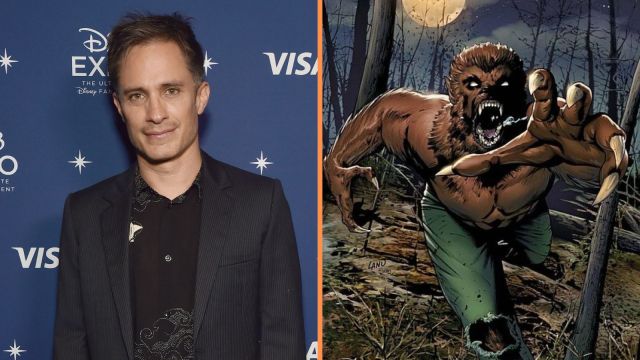 Fate found a way, as Michael Giacchino reveals there was no second choice for the titular role in Werewolf by Night if Gael Garcia Bernal didn’t sign on the dotted line.

The comic book character has been far from a household name, but has now been given a massive skyrocket by the Giacchino-helmed Disney Plus special. After a surprise early screening at Fantastic Fest in Austin, Texas, fans were treated to a Q&A with Giacchino, who had plenty to say on the project.

One of the biggest questions asked was the casting process, and if there were any other names who he’d considered for the role.

“When I started thinking of this, the only person I had in mind for that role, and this is the honest to god truth, was Gael. I had worked with him on a film called Coco. He’s amazing in that film, as he is in everything he does. I kept thinking ‘he is the perfect person for a wolf’. I didn’t want some giant buff person, I just need an honest person. He embodied that role in a way no one else did.”

Continuing, Giacchino spoke of him offering the role, and the intense fear he had going into it of a rejection from his dream cast. Quite the opposite, as Bernal was on board, and particularly happy there was no cape.

“I kept wondering what if he says no, because I have no second choice. But thankfully, he didn’t say no. He instantly, like right away, was in […] He was also so happy he didn’t have to wear a cape”.

Werewolf by Night also features several first-time characters for the Marvel Cinematic Universe, including Elsa Bloodstone and Man-Thing. The latter of which was surprisingly practical on set, with the team utilizing several methods to get it to work out.

The special is set to be just that: a special. Giacchino later says he has no projects in the works beyond that, but Disney Parks concept art has seen both Man-Thing and Werewolf by Night coming soon to the Avengers Campus.

Werewolf by Night will be available to stream on Disney Plus from Oct. 7.