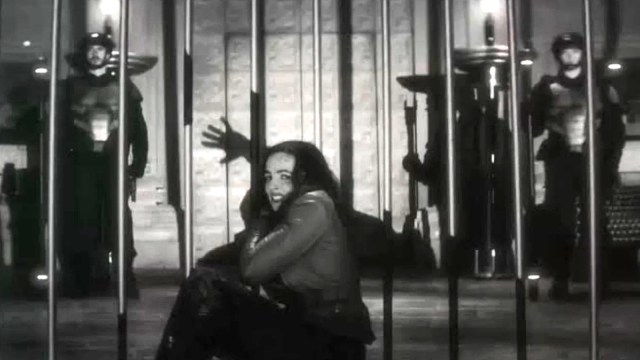 With September ending, we’re now officially in spooky season, and Marvel is celebrating the incoming All Hallow’s Eve by unleashing the MCU’s very first Halloween special, Werewolf by Night. Since the first-look trailer for the so-called “Special Presentation” debuted at D23 at the top of the month, fans have been hyped to get their claws on what promises to be one of the most unique entries in the universe to date.

Well, the good news is that Werewolf by Night is now just a few short days away from debuting on Disney Plus. Marvel rung the bell to remind everybody that the special is coming in exactly one week from today with an atmospheric short promo, which captures the moment glimpsed in the trailer in which Laura Donnelly’s Elsa Bloodstone is cornered by what appears to be Jack Russell (Gael Garcia Bernal) in his lupine form.

WbN comes to us from long-time MCU composer/first-time MCU director Michael Giacchino, who has made clear that the project is his homage to the old-school horror content he grew up loving, like the Universal monster movies and The Twilight Zone. As you’d imagine, the fact that it’s in black-and-white was a point of contention for the studio, but Marvel prez Kevin Feige ultimately came around to the idea.

Thankfully so, as everything we’ve seen of Werewolf by Night so far promises a thrilling throwback to classic horror B-movies. Plus, it’s set to introduce a bunch of characters from Marvel’s supernatural side into the MCU, including Man-Thing! As the promo reminds us, make sure not to miss this one when it howls onto streaming on Friday, Oct. 7.