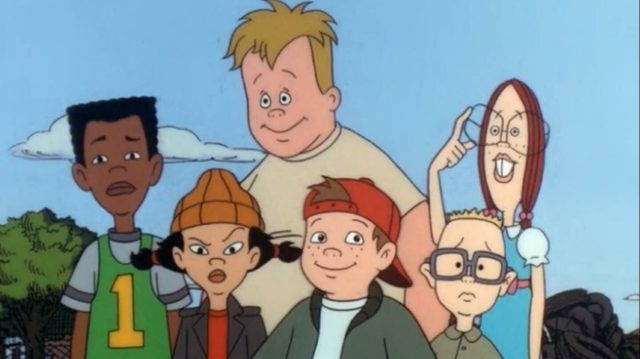 Many ’90s kids remember recess at school and Recess after school. It’s debatable which was better. The after-school Recess began airing in 1997 on ABC and concerned six fourth graders existing within the real and imagined grandeur of schoolyard society. Their yard had government, war, mythology, a tribe of kindergarteners, and kids filling societal roles like king, administrator, religious leader, importer, and maintenance worker.

Recess ended its original run in 2001 but it so perfectly captured the adolescent imagination that it spawned multiple movies and remained in syndication for many more years, mesmerizing new generations of kids. The sophisticated themes and old-school references in Recess also attracted adults; it’s one of few children’s series listed in TV (The Book), where experts Alan Sepinwall and Matt Zoller Seitz pick the greatest American shows of all time.

Since Recess has been off the air for over 20 years, that’s a lot of time for the Main Six’s voice actors to have moved on to other exciting things. Here’s what the Recess cast is doing now.

Ross Malinger played group leader T.J. Detweiler until puberty altered his vocal cords. He returned to voice older T.J. in the 2003 direct-to-video film Recess: All Growed Down. Not long after, Malinger retired from acting to focus on the automotive industry. The 38-year-old works as a sales manager for Keyes Automotive Group.

Andrew Lawrence picked up where Malinger left off, voicing T.J. from season 2 until series’ end. Andrew, the youngest of the Lawrence Brothers, is still acting. He stars with older brother Joey in Love Is in Bel Air, which is in post-production. Moreover, the 34-year-old recently made the switch to directing and has helmed six movies in the last two years.

Rickey D’Shon Collins played athlete Vince LaSalle for the entire series and all the movies. Since Recess, Collins has stuck almost exclusively to voice acting. His credits include Danny Phantom, Happy Feet, SpongeBob and Friends: Battle for Volcano Island, and The Fairly Odd Phantom. According to IMDb, Collins’ most recent screen project was the 2017 short Little Brown Baby. The 39-year-old is now missing from showbiz.

The only main castmember who was an adult throughout filming, Pamela Adlon voiced spunky Spinelli in all episodes and spinoffs. Adlon is an acclaimed actor of both animation and live-action. She won an Emmy for voicing Bobby Hill in King of the Hill and received additional nominations for Louie and Better Things. Now 56, Adlon can be heard in the Big Mouth spinoff Human Resources.

If you listen closely to lanky/brainy Gretchen Grundler, you might recognize one of the most celebrated characters in modern gaming. Gretchen’s voice actor Ashley Johnson stars as Ellie in The Last of Us, for which she’s won multiple awards. Along with being heard, the 38-year-old can be seen in series like Blindspot and Critical Role. She also plays a different character in the upcoming HBO adaptation of The Last of Us.

Jason Davis, who voiced large and loveable Mikey, is deceased. He passed away on Feb. 16, 2020, from effects of fentanyl. He was 35.

Recess‘s shy but courageous Gus Griswald was among child star Courtland Mead’s many notable roles. Mead played characters in The Little Rascals, Babe, Rugrats, A Bug’s Life, and The Shining (the miniseries not the movie) before he was even a teenager. That’s when he grew out of acting. The 35-year-old has appeared in just one project in the last 18 years. Religion and family are his new vocations.