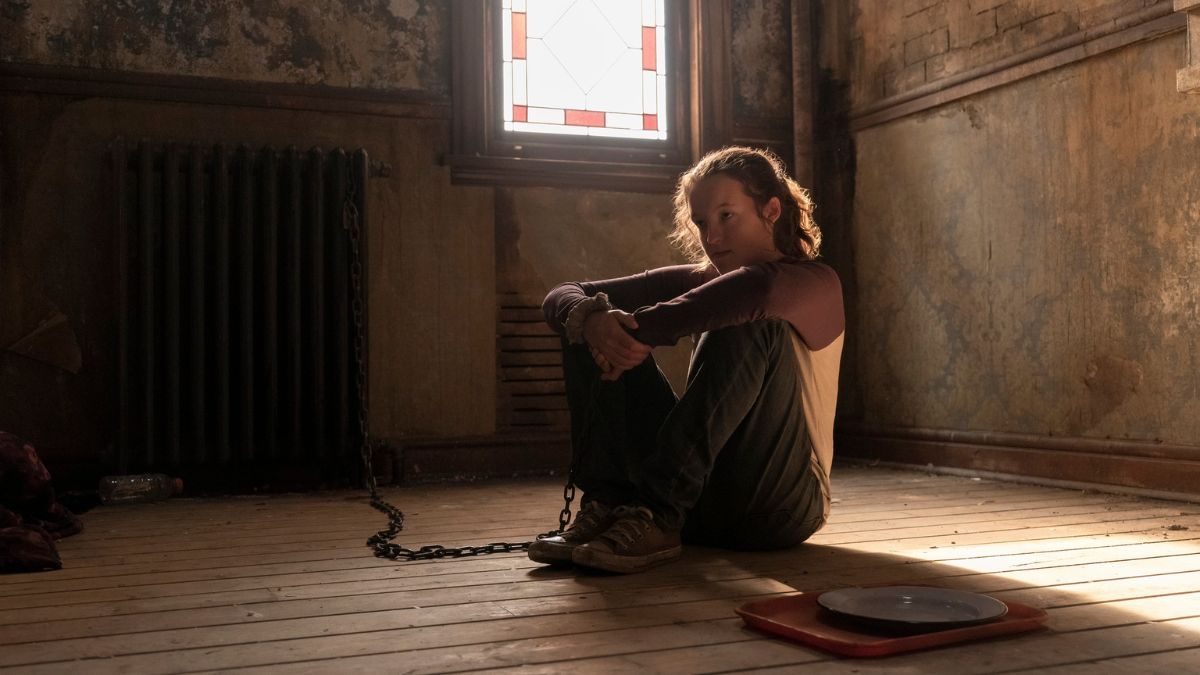 Warning: This article contains spoilers for The Last of Us episode one.

With layers upon layers of stories being told, and establishing the universe we’re set to enjoy another eight episodes in, it ended its first episode on a very particular note. The radio closes out the opener, with it a track you might just recognize if you’re knee-deep into new wave music.

What is the song at the end of The Last of Us episode one?

Featuring Wham’s “Wake Me Up Before You Go-Go” during a set-up, we learn the use of 80s tracks indicates danger on the radio. Following the dramatic end of the opening episode, another warning song plays. This time, it’s none other than Depeche Mode’s “Never Let Me Down Again”, which was released in 1987.

“Never Let Me Down Again” came off Depeche Mode’s sixth album Music for the Masses, where it was one of four singles released. The song details a drug addiction quickly taking over the narrator’s life, with him unable to see a world without it sustaining him — something which many songs from Music for the Masses were written about.

One of the band’s biggest hits, it has 47 million streams on Spotify at the time of writing. The use of it in the opening episode is interesting, with it perhaps chosen to end as a coda to the prologue’s discussion of drugs and pandemics.

The Last of Us is available to stream on HBO Max, where it will air on Sunday evenings.