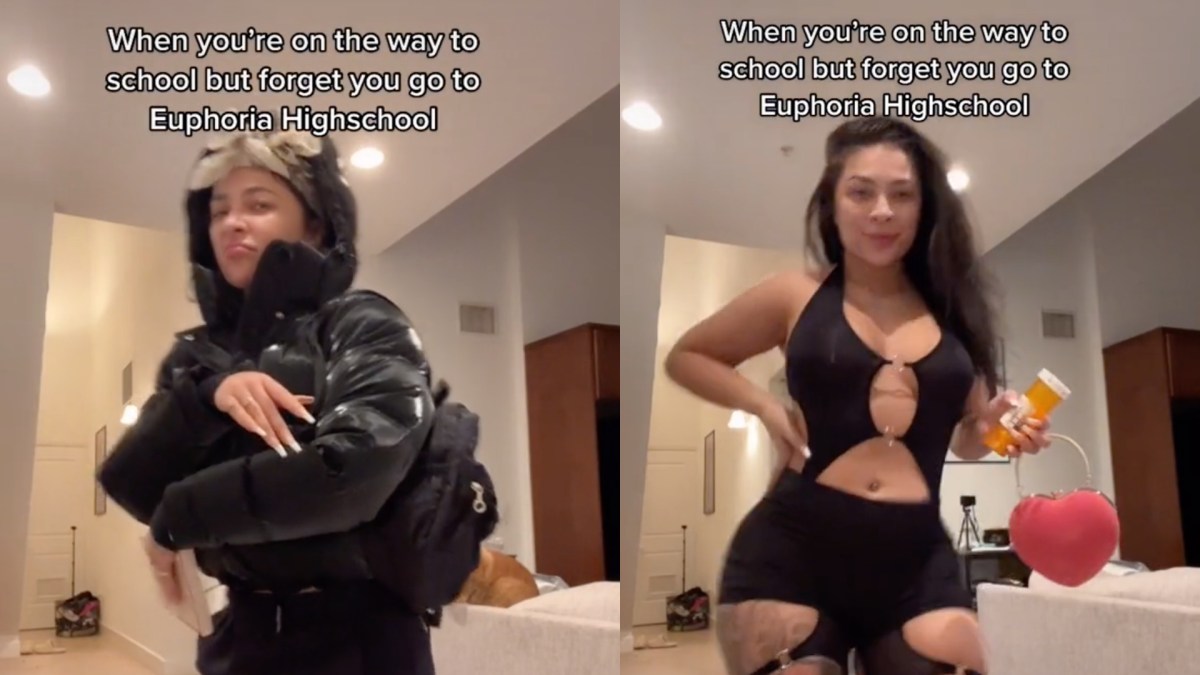 The upcoming second season of HBO’s Euphoria is prompting a humorous new TikTok trend, as creators transition from their drab, everyday attire into their most glamorous Euphoria-style outfits.

The new “Euphoria High School” TikTok trend is paying homage to the high school drama series by celebrating the bold, racy outfits worn by characters on the show, according to Gawker. Soundtracked by a clip from Spongebob Squarepants, entries into the trend see participants enter the screen in their regular attire, only to pause when Squidward asks “why aren’t you in uniform?”

Following the brief audio clip, users exit the screen, only to reenter dressed in club-ready, eye-catching outfits that would blend perfectly with those worn by the Euphoria cast. A version of the same caption decorates nearly every entry into the trend, setting the scene as “when you’re leaving for school but forget you go to Euphoria high school.”

The trend is funny and engaging, and some of those outfit reveals are straight-up dazzling. The majority of videos participating are posted by male-presenting TikTokers, and lean into the humor of the trend. Watching them transition from a regular t-shirt and jeans into a skin-baring, glitzed out outfit is delightful, and prompts a number of questions about where, exactly, they got the outfits from. Did these guys really just have a pair of thigh-high boots sitting in the back of their closets?

Regardless of where they’re getting these risqué — but undeniably cute — outfits from, creators and their followers are absolutely eating up the Euphoria High School trend.

The first episode of Euphoria‘s second season dropped on HBO Max on Jan. 9, 2022. As episodes continue to arrive, the trend is likely to maintain its popularity. So buckle up for plenty more Euphoria-style outfits, complete with tiny purses, mega-high heels, and lots of exposed skin.