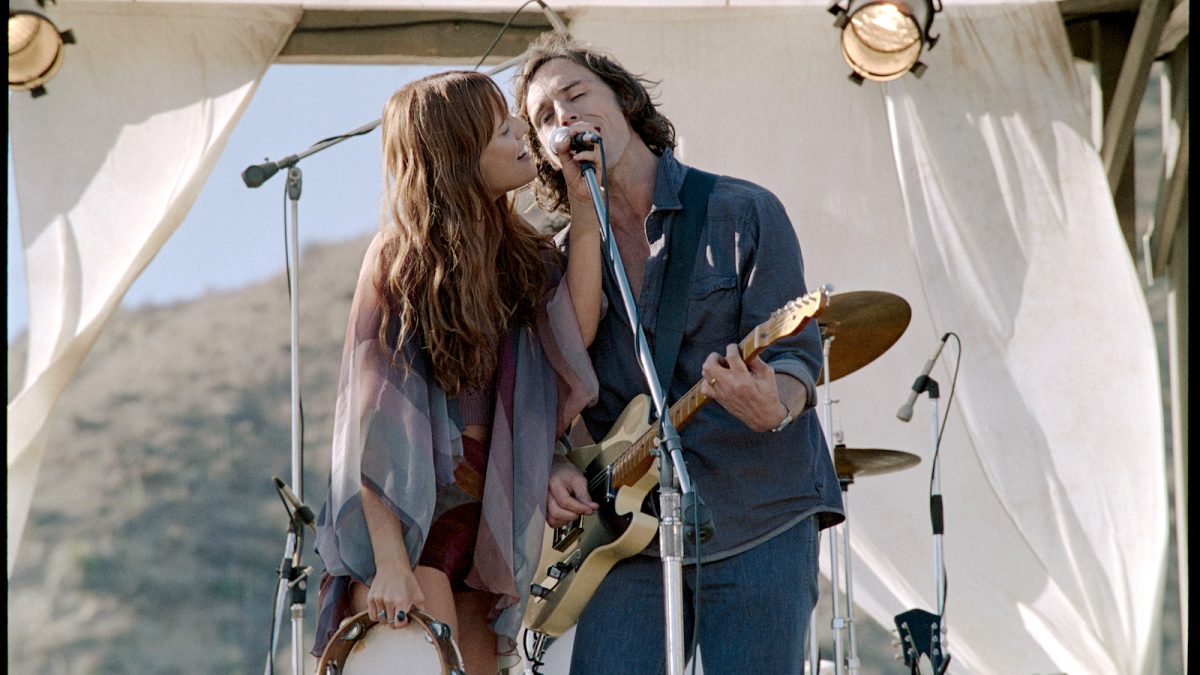 The new teaser trailer for Daisy Jones & The Six has set social media alight, with many people getting drawn in by the show’s pitch-perfect ’70s rock aesthetic. But what is the show actually about?

What is the plot of Daisy Jones & The Six?

Daisy Jones & The Six is based on the novel by Taylor Jenkins Reid. The book is formatted like a memoir, and it tells the story of a rock band that claws its way up through the LA music scene, establishing itself as one of the world’s biggest bands before it disbands at the height of its fame.

The main focus is the titular Daisy Jones (Riley Keough), the band’s lead singer. Despite having a difficult upbringing, the girl finds her calling when she sneaks into LA’s hottest venues, which exposes her to a new world of sex, drugs, and rock and roll. But, despite the chaos she witnesses, Daisy learns that music may be her true calling, and in her early 20s, people start to pay attention to her fantastic voice.

At the same time, a band called The Six is climbing the ladder to musical success, even if their frontman Billy Dunne struggles to come to terms with his impending fatherhood. But when a producer realizes pairing Daisy up with The Six will lead to chart success, these two formally disparate lives become deeply intertangled.

Daisy Jones and her new band rode the wave of the music industry until in 1977, they hosted a massive concert at Soldier Field in Chicago before suddenly calling it quits with no explanation. A move that leaves both fans and industry insiders confused, as it seems the group was destined for superstardom if they had continued to perform together. The real reason for the group’s breakup isn’t known until decades later, when the band’s former members agree to talk to the press, giving their own version of the events that led to their meteoric rise and painful crash down to Earth.

It is unknown how closely the show will follow the book’s plot. However, during an interview with Vanity Fair, executive producer Scott Neustadter noted that their goal when adapting the story was “figuring out how to make the experience of watching it the same as we had when we read it.” So it can be presumed that the show’s story will be very close to the one from the book. However, the Vanity Fair article also noted that the story’s timescale has been reduced slightly “to about 20 years.”

So fans of the book will have to wait and see how close the book and show are to one another.