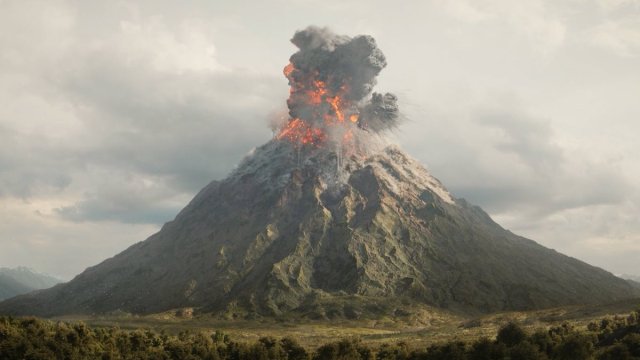 WARNING: The article below contains spoilers for episode six of Lord of the Rings: The Rings of Power.

Episode six of The Rings of Power, which is titled “Udûn,” was a bit of a game-changer for the series as a whole. The brunt of the episode is taken up by the defense of the Southlands against Adar’s invasion. In the final moments, it seems as though the Southlanders and Numenorians have emerged victorious, but we eventually see that Adar had bigger things on his mind. He’s sent Waldrig off with the malicious key he’s been seeking, and Waldrig uses it to burst open a dam and cause the volcano that looms over the Southlands to erupt.

The title of episode six is hugely significant

Although Adar insists that he is not Sauron, this episode takes its name from Udûn, which is also what the orcs chant as the volcanic eruption begins. In the Elvish Sindarin, Udûn means “hell” or “dark pit,” which makes sense. Adar’s mission has always been to create a dark place where his children, the orcs, can live without having to fear sunlight.

Udûn also has a deeper history in Middle-earth, though. The word is used to refer to Utumno, the fortress of Morgoth, who was Sauron’s boss and the great foe that Galadriel and the elves faced in the First Age. Utumno loosely translates to underworld, but it was destroyed when Morgoth was defeated. Adar’s mission seems to have been to create another Utumno, and in spite of Galadriel’s highly intentional intervention, he has succeeded.

Udûn actually refers to a specific part of Mordor

Given how familiar we are with Mordor, it should be no surprise that the volcano we see erupt at the end of episode six is likely Mount Doom, and what we have just witnessed is the birth of Mordor. Once Mordor is established, Udûn actually refers to a specific part of the dark land, the northwestern valley where the Black Gate will eventually be located.

Ultimately, then, the episode title is both a reference to the past in the form of Morgoth’s castle, and to the future of the Southlands as they move even further toward becoming Mordor. We have been watching all season as the orcs have slowly transformed the land, and now, a single volcanic eruption will blot out the sun such that the orcs can live there without fear.

Adar, for all his claims that he is not Sauron, is certainly putting Sauron in a good position to eventually rule over this land. It may not be Adar’s intention to hand these lands over to another master, but we know that by the time the Third Age rolls around, Sauron is the master of Mordor, and Adar is nowhere to be seen. What’s more, Mount Doom, which is now active because of Adar, will be used to forge the one ring and ultimately send some unsuspecting hobbits down a path toward destroying it. “Udûn” was a big step forward toward the Middle-earth that we know, even if plenty of pieces have yet to fall into place.