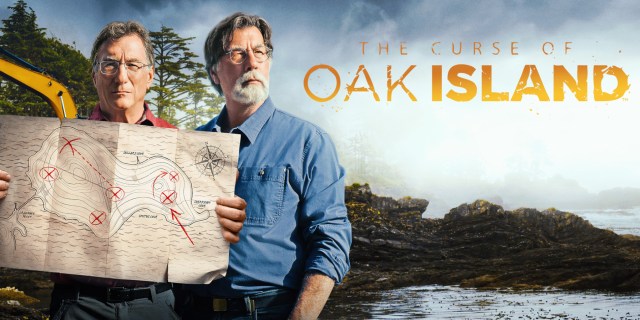 Curse of Oak Island is a popular and long-running reality show based on one of history’s most intriguing mysteries that has excited people since the early 1700s. After many seasons of work, what treasures have actually been found on Oak Island?

What is ‘Curse Of Oak Island’ about?

Curse Of Oak Island first hit screens in 2014. The series follows Marty and Rick Lagina. These two brothers are from Kingsford, Michigan, and dedicate their time to finding treasures on the famous Oak Island. This island, in Nova Scotia, Canada, is the center of several myths that claim a grand treasure is hidden somewhere on or inside the island.

Over the years, people have been said to have found loads of different objects on the island, and some have rumored that both the Knights Templar and legendary pirate Captain Kidd stashed their booty on the island, burying it in such a way that no one could ever find it. Some other myths suggest that other legendary and magical items, including the Ark of the Covenant, may be hidden somewhere on the island, waiting to be found.

What have the Lagina’s found on Oak Island?

Alas, neither Lagina brother has found the Ark of the Covenant at the time of writing, nor have they found a massive treasure stash. Although during the show, they found many items during their search, coming from different regions and time periods.

So far, the show has found: