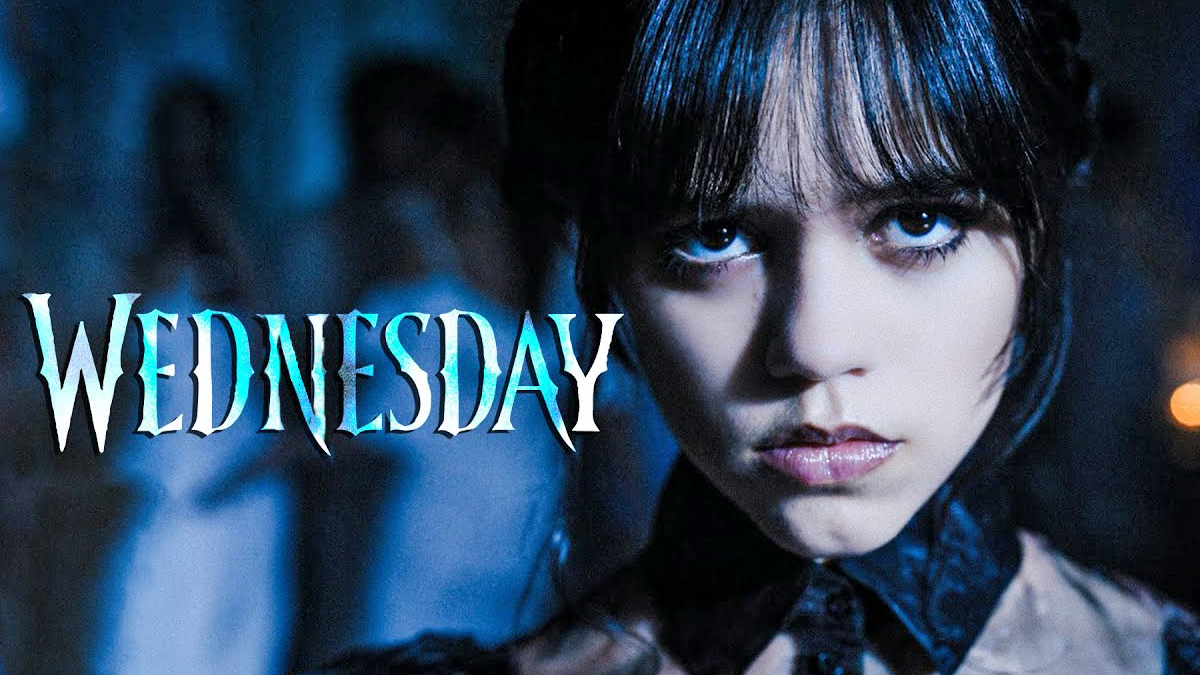 She may be creepy, kooky, mysterious and spooky, but she’s clearly adored by everyone. Netflix announced the renewal of the hit show Wednesday, about a teenage Wednesday Addams forced to attend Nevermore Academy, a private school for misfits and outcasts. The titular character, played by Jenna Ortega, finds herself “hunted, haunted … and the target of an attempted murder,” as she tells her parents in episode 5, “You Reap What You Woe.”

Playing up that now-famous quote from the series, Wednesday is shown in a teaser video for season 2 with a play on words.

“Over the past few weeks, I’ve been hunted, haunted, and mimicked millions of times across the Internet.”

Several scenes from season 1 quickly became fan favorites, but none more so than Wednesday’s dance during the Rav’N Dance to “Goo Goo Muck” by The Cramps. The video of the dance from Netflix has now been viewed more than 33 million times.

“We can’t wait to dive headfirst into another season and explore the kooky, spooky world of Nevermore. We just need to make sure Wednesday hasn’t emptied the pool first.”

While anxious Wednesday watchers want season 2 as soon as possible, Netflix has not announced a return date, but we can attempt to estimate when the hit show will return based on a few facts.

It will probably take the showrunners a couple of months to write the script for season 2, which will probably be focused on the final scene of the first season. After receiving a cellphone from Xavier to keep in touch during the break, Wednesday receives a mysterious text from someone with several photos taken of her throughout the season. The photos include Wednesday with Tyler and Xavier at the diner and Xavier giving Wednesday the cellphone, with the message “I’m watching you.” She then receives a threatening emoji of herself with a knife through the head. Wednesday has her own personal stalker to look forward to in season 2.

Since Wednesday’s premiere, Ortega has been the subject of many casting rumors, including a role on Daredevil: Born Again as White Tiger. For now, though, the rumors are just speculation. Her official IMDB page lists four upcoming projects, all of which have been filmed, leaving her available to begin filming season 2 as soon as the writers are finished with the script.

To achieve the Medieval aesthetics and creepy look of the show, it was filmed in Romania during the fall and winter. After the eight-month filming schedule concluded in March 2022, it took another eight months for post-production before it was released on Netflix.

With all that information in place, filming will most likely begin in the fall of 2023 and should return for season 2 in the fall of 2024. Although it would be easy to suggest it will return in late November, since season 1 aired in late November, our prediction is it will return the week of Halloween 2024. With Wednesday’s macabre sense of humor, Halloween would be the perfect time for a new mystery.