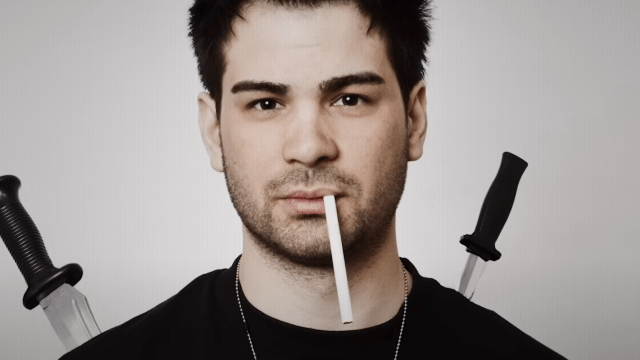 You know that crippling feeling when you log on to your Twitter account, post something incredibly thoughtless, and receive tons of backlash that spawns people claiming they “hate” you — well, Hunter Moore knows that feeling of disdain better than anyone. In fact, for years now, the 36-year-old Sacramento native has been referred to as “the most hated man on the Internet” — and yes, he actually takes pride in that hideous title. And if the crafty misfit had not made enough of a splash on the worldwide web, a new thought-provoking documentary on Netflix is inviting eagle-eyed subscribers to behold the terrifying story surrounding Hunter Moore, and where he is today.

Who is Hunter Moore?

However, in 2015, Moore’s success — if you can call it that — came to a screeching halt after it was revealed in a thorough FBI investigation that Moore had hired an experienced hacker to hack into the emails of victims and steal the nude images for his site’s own personal benefit.

One of the driving forces behind the start of the investigation was activist Charlotte Laws who, after discovering that her daughter’s pictures were stolen via her email and posted on the site, spoke to other victims and gathered extensive evidence to be used against Moore. The investigation eventually worked, leading to Moore’s arrest, and him ultimately selling the website.

Where is Hunter Moore now?

On the social media side of things, Moore remains active on his Twitter account, and has even been throwing shade at the Netflix documentary over the last few weeks — although his Instagram account has been inactive since 2014. Additionally, he is banned from Facebook, and decided not to take part in the Netflix documentary, despite initially agreeing to participate.

The Most Hated Man on the Internet is available to stream now on Netflix.