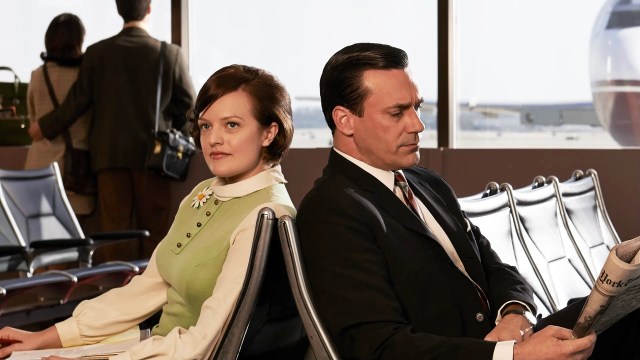 Highly regarded as one of the best television series of all time, Mad Men was a smash hit throughout its seven-season run between 2007 and 2015. The period drama, which focused on the personal and professional lives of the staff at the Sterling Cooper advertising agency, was subject to an overwhelming response from critics and the public alike for its writing, authenticity, and acting.

Led by Jon Hamm in his Emmy and Golden Globe Award-winning turn as the brilliant and charming Don Draper, Mad Men was a breakthrough series for cable network AMC. The show raked in high ratings and several major awards, including four Emmy Awards for Outstanding Drama Series.

The stellar cast received overwhelming praise for their portrayals, and have since gone on to star in other notable projects over the years. It’s been seven years since Mad Men concluded its impeccable run, and here’s what some of the cast are up to now.

In what is widely considered to be his best acting performance to date, Jon Hamm starred as the protagonist Don Draper for all seven seasons of Mad Men, winning the Emmy Award for Outstanding Actor in a Drama Series in the final season. Hamm has enjoyed several supporting roles in many dramas and comedies and is off to a great decade. He will star in a main role in the fifth season of the acclaimed anthology, Fargo, and is set to lead the cast in the upcoming comedy, Confess, Fletch.

The British-American actress starred as the willful Peggy Olson who works her way up from a secretarial position to copywriter. Moss garnered critical acclaim for her portrayal, earning several accolades and nominations. The actress continued on her successful television run, taking on the lead role in Hulu’s The Handmaid’s Tale, which earned her an Emmy Award for Outstanding Lead Actress. A fifth season will premiere on Sept. 14.

Vincent Kartheiser portrayed the coy Pete Campbell who stops at nothing to achieve his goals. A fan of simple living, Kartheiser has been a relatively private actor but still continues to work in independent projects. His most recent appearances were in the sci-fi film, Ultrasound, and a main role in the third season of the HBO Max superhero drama, Titans in 2021.

For her role as the quiet and distant Betty Draper, January Jones received several nominations. After the series’ wrap up, she starred in Fox’s post-apocalyptic dramedy The Last Man on Earth alongside Will Forte. Her career seems to have slowed down, with her only credit this decade being Netflix’s Spinning Out. So far, her only revealed upcoming project is the thriller, God Is a Bullet, where she will star opposite Jamie Foxx, Nikolaj Coster-Waldau, and Maika Monroe.

The brilliant Christina Hendricks took on the role of the calculating office manager Joan Holloway. Like many of her co-stars, she earned significant acclaim, media attention, and several award nominations. Hendricks’ career was already in bloom before Mad Men, and it doesn’t seem like the actress is slowing down anytime soon. She recently concluded her four-season run on the crime comedy, Good Girls. She will star in the upcoming Apple TV Plus period drama, The Buccaneers, which will transport viewers to the 1870s.

John Slattery brought the role of the advertising executive Roger Sterling to life and earned praise for his performance. Along the way, he earned several awards and nominations. The actor has had a slew of roles since the show’s conclusion, and is set to reunite with his Mad Men co-star Jon Hamm in the upcoming comedy, Confess, Fletch. He was recently announced as a new cast member of the legal drama, The Good Fight.

Staton got his breakout role on the AMC series as the charming author and account executive Kenneth Cosgrove. Along with the rest of the cast, he has earned multiple awards including the Screen Actors Guild Award for Outstanding Performance by an Ensemble in a Drama Series. He has not starred in any film since 2016’s The List, but he had a supporting role in the Disney Plus drama, The Right Stuff.