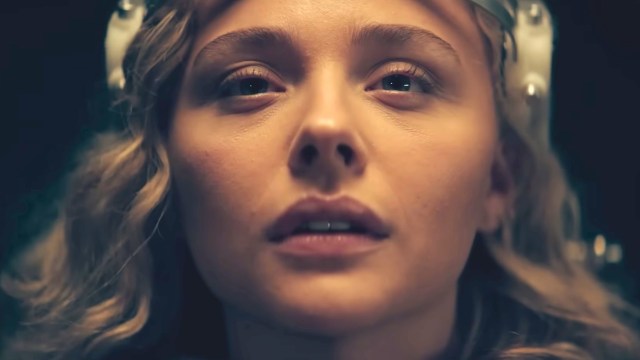 A dazzling new sci-fi thriller is sweeping Amazon Prime as viewers flock to the drama and intrigue of The Peripheral.

The stellar series is already garnering rave reviews from viewers, some of whom are calling it the best science-fiction offering in years. It sports a talented cast, including Chloë Grace Moretz, Jack Reynor, Gary Carr, and Harry Potter‘s Katie Leung. They’re bringing a complex and fascinating story to life, and audiences are already addicted. Only two episodes have dropped so far, with episode three slated to release on Friday, but the introductory episodes are more than enough.

The mind-bending story, which follows Moretz as she discovers a strange new technology that connects her to an alternate reality, is set in two separate locations. Fans are already falling in love with both, and—should the show maintain its popularity—both areas are likely to soon experience a major boom in tourism. Here are the real-world locations behind those gorgeous, trippy scenes in The Peripheral.

Amazon Prime’s latest sci-fi story takes place in two locations, both a world and more than a half century apart from one another. The initial setting, as well as that in which Moretz and her family are technically located, is the fictional city of Clanton, North Carolina. It doesn’t technically exist, but the two filming locations certainly do. In order to capture a genuine North Carolina feel, the series was largely filmed across three places—in London, where a portion of the story takes place, and in Marshall and Burnsville, two small North Carolina towns around 40 minutes apart.

London has been featured in thousands of flicks over the history of cinema, but North Carolina is far less used to the celebrity treatment. It’s prepped to experience a boom in tourism as fans of The Peripheral seek out recognizable areas in which to celebrate the series. They’ll find them all over the two towns, including in the NAPA Auto Parts store in Burnsville that served as a sound stage for the production, according to local North Carolina ABC affiliate WLOS.

The team at WLOS spoke with Yancey County Planner Jamie McMahan, who emphasized the positive impact the series could have on the lesser-known towns. “Anytime you have anything that brings attention to your communities, and, sort of puts you out there to a wider audience, that’s a great thing,” he said. “And you couldn’t scarcely have a wider audience than the international streaming platform that Amazon Prime provides.”

London isn’t in need of any boosts in tourism, but the attention garnered by The Peripheral is likely to genuinely revitalize both Marshall and Burnsville. This is great news for its respective residents, especially state-side viewers, who only have a short jaunt to experience the towns for themselves.