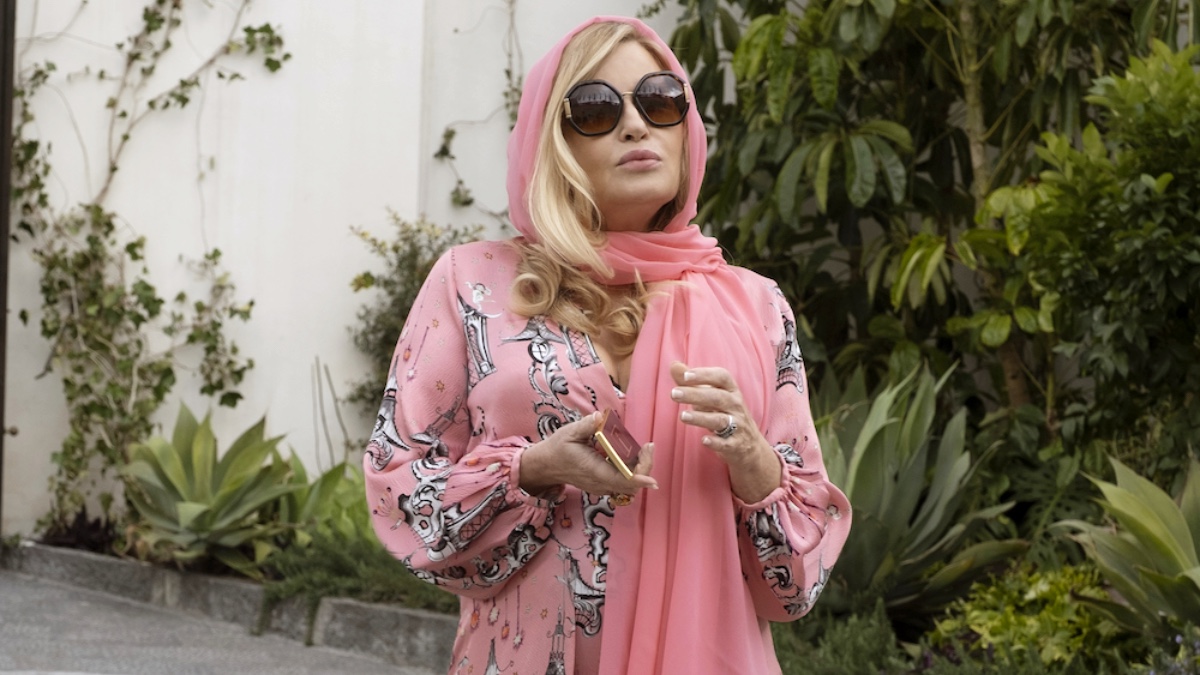 Warning: This post contains major spoilers for season two of The White Lotus.

On Sunday night’s finale of The White Lotus season two, the identity of the floating body that Daphne (Meghann Fahy) found in the season premiere was finally revealed, in addition to the other dead guests of the Sicilian hotel.

Earlier during the season’s run, we had a stab at guessing the identities of these dead guests and now that they have been revealed, we can find out just how correct we were.

If anyone “deserves” to die on the show, it is probably James’ condescending cheat, Cameron, but that’s not enough to qualify him for our list, so let’s see what clues there are pointing to his death.

Rocco, in the first episode, details the fable of the “Testa di Moro” to Cameron, Daphne, Ethan, and Harper. In this story, a Moor arrived in Sicily and seduced a local girl. When she found out that he had a wife and children, she cut his head off as retribution. As if to hammer home the point, Ethan asks, “So if you put one of those outside of your house, what are you saying?” to which Cameron replies, “If you come into my house, don’t f*ck my wife.” Daphne quickly adds, “It’s a warning to husbands, babe—screw around and you’ll end up buried in the garden.”

We later find out that Daphne is aware of Cameron’s infidelity, so was this just a random remark, or was it actually a warning to her husband? A warning he pointedly doesn’t heed. Is it a coincidence that Daphne was the one that found the body in the ocean? If she was a murderer, would there be any better alibi than a whole beach of people who witnessed you frantically discover the drowned body?

At the time of writing, Cameron has not paid Lucia and Mia in full for the night they spent together. Will he settle his debt or shortchange them? I could see why being cheated out of your payment would make someone very angry—maybe even angry enough to confront Cameron in front of his wife and friends. If Cameron continues to cross more and more people as the week goes on, I wonder how many enemies he would have made by the end of his vacation? More importantly, how many would want to see him dead?

Speaking of Lucia and Mia, their drug-fueled night with Cameron followed by a very hurried and embarrassing evacuation in the subsequent morning has very different effects on them. Lucia begins to feel a sense of shame and sadness about what she must do to make money, eventually venturing into a red herring-heavy dread. “And now we are going to be punished…all whores are punished in the end,” she says to Mia. That isn’t ominous at all, is it?

Mia, on the other hand, comes out of her experience with Cameron liberated. “Having sex knowing exactly what you’re going to get out of it is not so bad,” she explains, much to Lucia’s dismay. Mia is now emboldened to sleep with Giuseppe, the lounge singer who promises to help her music career, in an old chapel, no less, under the watchful (and judging) eyes of several religious paintings. It feels like the type of sudden and steep decline that could only be punctuated by a hard stop, for example mourning your best friend or even your own death.

If anything, the biggest clues as to Lucia and Mia’s potential demise might be in the first season. As evidenced in the first season, Mike White doesn’t seem particularly interested in giving the terrible, privileged elite their comeuppance. If anything, his work probably argues that the privileged are bubbled off from the repercussions of their actions, and the people who suffer the most are the hotel staff who are on the receiving end of the guest’s whims. If any character(s) was to continue this theme, I would expect it would be the local sex workers who have now engaged in sexual activity with three of the hotel guests.

“[T]his is such a beautiful view. I wonder if anyone has ever jumped from here.” Those are actual words that Tanya says in episode two. Now, this could just be another eccentric comment from a very eccentric character. Nonetheless, it finds itself on the red herring pile.

Another layer on that pile is the story Quentin relays to Tanya about the Swedish woman who owned a house on a nearby island— Isola Bella. She refused to sell it to the “powerful, local investors,” and her body is then found at the bottom of the rocks. This story opens up the possibility that one of the deaths could have been for financial gain. Greg is pretty livid about the prenup he had to sign before marrying Tanya. Considering he is visibly unhappy in the marriage, could killing her be the best way to get out of the relationship while also not losing his money? Of course everyone thinks he has traveled back for work so that could be a good alibi.

Taking a step out of the TV world for a second, Tanya is definitely the only character it would make real-world sense to kill. Her storyline is the only continuing one from season one, so her death here would bring an end to that story while simultaneously avoiding the temptation to bring her back for future seasons.

Honestly, we don’t have any tangible reason to believe that the recently arrived Jack is one of the dead bodies floating in the ocean. However, the first time we meet him is in the pool, so there could be a bit of thematic symmetry if the last time we see him also is in a body of water. Jack has struck up a connection with Portia in recent episodes. His death could directly affect a working-class character who has been open about her mental health struggles that have only been exacerbated by her demanding boss.

Okay, we admit, the options are getting a bit far-fetched now, but there’s a method to the madness. Isabella is conspicuously absent at the beginning of the season when we find out about the dead “guests.” Valentina, the hotel manager, has also been growing closer to Isabella in recent weeks. Her death would create a personal connection for Valentina, again corresponding to the theme of the working class being on the receiving end of the tragedy.

Granted, some of our options are a little more credible than others, but that’s part of the fun about a show like this; the dead bodies could be exactly who you expect or someone you never considered at all. I guess we’ll just have to wait to see what White has in store for us.

Who really died in the finale

The good news? We correctly guessed one of the dead bodies (and the possible motive). The bad news? That means our other four guesses were way off the mark.

It is all but confirmed during the finale that Quentin and his friends, including Niccoló (Stefano Gianino) — who may or may not have ties to the Italian mafia — are planning on killing Tanya for Greg (whom Quentin has known for several decades). Tanya’s untimely death would get Greg out of his prenup and give him all of Tanya’s money. Presumably, the plan is that he’ll then help Quentin renovate his palazzos.

Tanya, with the help of Portia, gets wise to this plan and frantically searches Niccoló’s bag until she finds his gun. She then, in a state of fear, shoots and kills Niccoló, Quentin, and Matteo (Francesco Zecca). However, while trying to escape on Niccoló’s dinghy, she slips and falls into the ocean, hitting her head on the way down. Her body is found by Daphne the next morning.

Sadly, this means that we won’t be getting any more of Jennifer Coolidge and her hilarious Tanya in the already-announced third season of The White Lotus, but Tanya or not, we can’t wait to see what Mike White has in store for the future of The White Lotus.