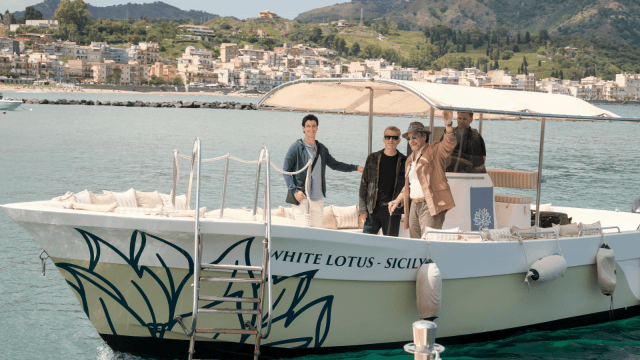 Despite its status once upon a time as a limited, one-off series, The White Lotus is back for its second season as part of an anthology show with a whole new cast of characters and a gorgeous new location.

The first six-part season of The White Lotus was a runaway success among critics and audiences, and absolutely cleaned up at the Emmys, so it was a no-brainer that HBO ordered a second season and keep the show rolling, American Horror Story style, moving the dramedy to a new branch of the titular hotel franchise.

The beautiful new White Lotus Hotel certainly invokes some wanderlust with its scenic views, rolling hills and coastline, and pristine waterfront location; it almost makes you want to go and see for yourself. The good news is The White Lotus is shot at a real hotel, and we know exactly where it is.

The White Lotus’ second season was filmed in Sicily, Italy, at San Domenico Palace in Taormina. The real hotel chain the San Domenico Palace belongs to is Four Seasons. A stay here will set you back a pretty penny, but most of what you see on the show is pretty much what you get: an infinity pool, swanky restaurants, and bars as well as a gym.

Not all of The White Lotus season two was filmed on-location at the hotel, with some additional scenes filmed around the Sicilian region including Palermo and Noto, per Timeout.

Provided you have the bankroll for it, it’s definitely not the worst potential getaway destination now that the world is close to being entirely open again.