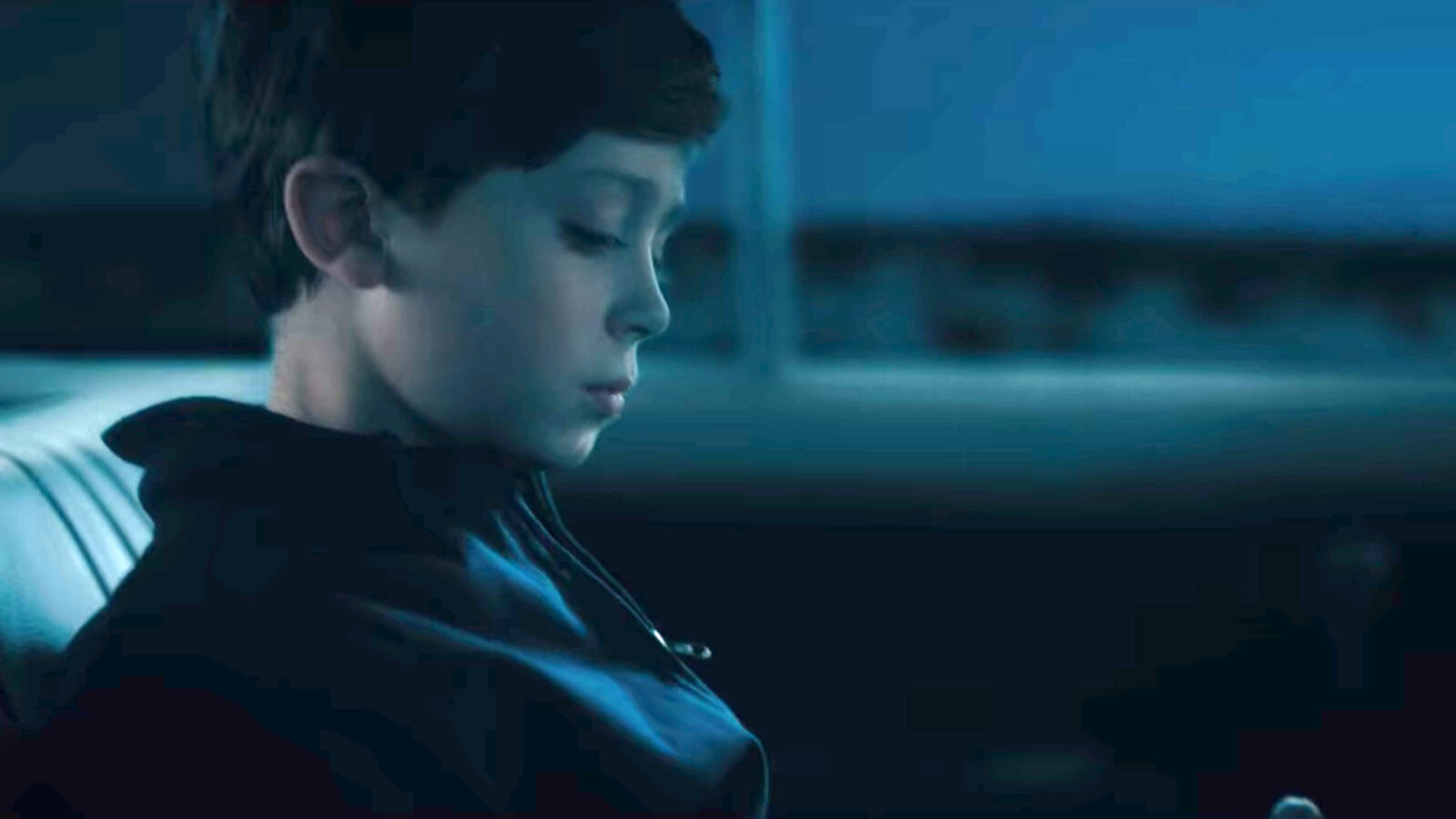 The Umbrella Academy season three is out and there are significant additions to the show including the return of the enigmatic Harlan Cooper, but who is he exactly? The team of super-powered misfits have come back to the future – only it’s an alternate timeline where the Sparrow Academy has taken up residence in the old mansion. Each of them are dealing with this new abnormal, and in Viktor’s case, someone from his past returns and it shakes up the entire team.

In season 2, the Hargreeves were sent back to the 1960s and attempt to save the world from the upcoming apocalypse. Viktor lost his memories and was taken in by a family who lived on a farm where he developed a romantic relationship with a woman named Sissy Cooper (Marin Ireland) who had an awful husband named Carl Cooper (Stephen Bogaert). Viktor took care of their son Harlan (Justin Paul Kelly) who had nonverbal autism and things quickly got complicated.

Later in the season, Harlan ran away and drowned at the bottom of a lake. Viktor used his powers to lift all the water and retrieved the boy. When he performed CPR, Harlan gained Viktor’s powers through the transference of particle energy into his body, creating a psychic link between them. Viktor has sound-based powers, telekinesis, flight, energy projection, force-field generation, matter manipulation, and enhanced hearing, and Harlan has shown aspects of these abilities at different times. When Viktor was taken by the FBI and tortured, Harlan felt his pain through their telepathic link, and when Harlan’s father accidentally shot him, he deflected the bullet using his energy powers.

In the season two finale, Viktor sensed Harlan and knew something had gone wrong at the Cooper farm and returned to help them. When the Umbrella Academy arrived, Harlan was inside of a force field and levitating, unable to control his newfound powers. The Handler (Kate Walsh) and Lila (Ritu Arya) wanted to use the boy for their agenda, and the Hargreeves defeated her thanks to Number 5’s (Aiden Gallagher) time traveling powers. In the end, Viktor took back Harlan’s powers and the boy appeared to be a normal boy again. When Viktor and Sissy parted ways, the Coopers (sans Carl) drove away and Harlan smiled as he used his powers to levitate a small wooden sparrow.

In season three, an old man is seen spying on the recently returned Hargreeves. Allison (Emmy Raver-Lampman) spots him out on the street and gives chase, but he evades capture. The old man doesn’t reveal himself until episode four when the Sparrows show up at the Obsidian Hotel. He appears and sends a massive blast of energy that kills two of them and puts a bigger target on their backs. Viktor realizes who he is at this moment: Harlan Cooper.

In private, Viktor questions Harlan about his life. After Viktor left, Harlan’s powers continued to grow over the years and cause problems for him and his mother. As a child, he goes to pet a bunny and accidentally causes it to explode and when bullies jump him at school he sends a blast of energy that pushes them back. Old man Harlan tells Viktor he can feel people with powers like theirs and he equates it to a tuning fork in his head. The closer he gets to them the louder it sounds. He can tune it out when he concentrates but sometimes he slips and it becomes too much for him.

In one shocking moment, Viktor learns that Harlan’s the one responsible for the Umbrella Academy’s mothers’ deaths. When Sissy died, Harlan tried to reach out to Viktor, but he wasn’t there and he connected to the mothers instead. He felt their fear about their pregnancies, he tried to break the connection but he couldn’t. He pushed back and caused their heads to explode. Since then, he hid until the Hargreeves returned.

Harlan’s appearance was one of the biggest mysteries of season three, and it was nice to see Viktor get some answers he’d been holding onto since he had to leave the Cooper family. He wanted to know what happened to Sissy and got to explain that he left to give them a normal life. Because of Harlan’s return, he was given the closure he so greatly needed.