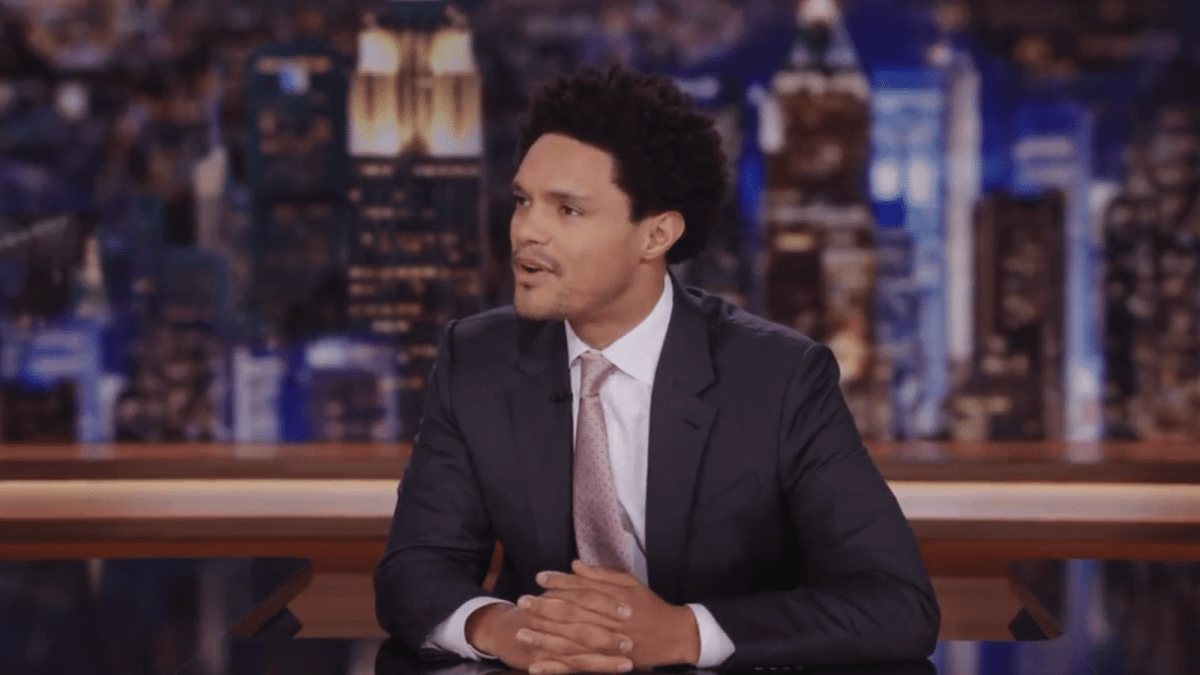 It’s truly the end of an era: the final episode of The Daily Show with current host Trevor Noah just aired and we’re all going to miss his regular appearance on our screens. In a move that shocked many fans of the show, Noah announced this past September he would be stepping down after seven years as host.

The comedian cited the pandemic as the driving force behind his decision, as he had over two years to reflect on what exactly he wanted from his life. “I think everybody has gone through a period of looking at their lives — every single person,” Noah said on The Tonight Show about his departure. “If you don’t look at your life and think about what you’d like to do differently, then you haven’t experienced what we’ve all experienced, and so I think it is a joyous thing.”

Following his departure, Noah will embark on a comedy tour across 28 cities, starting with a show in Atlanta on Jan. 20, 2023. “I realized there’s another part of my life that I want to carry on exploring,” the comedian said on his reasons for leaving. “I miss learning other languages. I miss going to other countries and putting on shows. I miss just being everywhere, doing everything.”

Now that his last episode has aired, Comedy Central must move forward with Noah’s replacement. Who have they found to host The Daily Show?

Who is hosting ‘The Daily Show?’

Comedy Central has yet to hire a permanent replacement after Noah’s departure, but multiple guest hosts will fill in until a new host is hired in the Fall of next year. We’re looking at some big names stepping in to host; the television network announced Chelsea Handler, Leslie Jones, Al Franken, Hasan Minhaj, Kal Penn, Wanda Sykes, Sarah Silverman, John Leguizamo, D.L. Hughley, and Marlon Wayans will all temporarily act as host beginning Jan. 17. In addition, we can expect current Daily Show contributors and correspondents to step in as guest hosts.

In a statement, Paramount Media Networks president Chris McCarthy praised Noah for his hard work on the show and expressed the network’s enthusiasm to find a new host. “Trevor redefined the show, as did Jon Stewart before him, and as we look to the future, we are excited to reimagine it yet again with the help of this incredible list of talent and correspondents along with the immensely talented Daily Show team.”

If audience reaction is good, any of the guest hosts could potentially become the new permanent host of The Daily Show, but Comedy Central is reportedly considering shaking things up and expanding the number of permanent hosts to two or three. Deadline reports the show might utilize the team of existing correspondents and create a hosting committee of sorts, similar to Saturday Night Live‘s Weekend Update.

Time will tell what Comedy Central decides, but for now we celebrate Noah and wish him the best in his future endeavors.