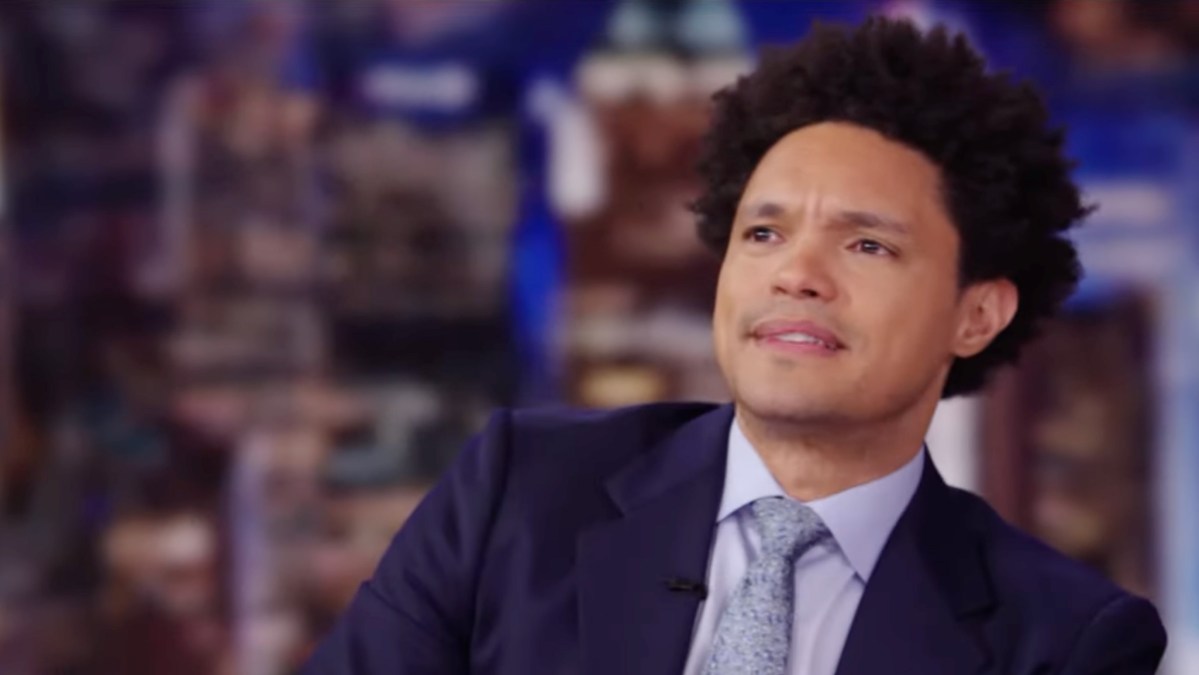 After seven years at the helm, late-night host Trevor Noah finally stepped down from his role on The Daily Show. Noah shocked many, including his own execs, when he announced on-air that he would be leaving the role in September, during his seventh-year anniversary week. His final episode did away with flash and pazazz and focused more on the changes he has seen in the world during his time on the show.

Noah’s decision to step down from one of the most coveted roles for any talk show host or comedian came in part due to the pandemic, where the actor reflected on his life prior to The Daily Show and the freedom he had to travel and do stand-up gigs. Though he said the transition would not be immediate and that he would be sticking around a little longer to assist with said transition, it seems his last show has come all too quickly.

The latest episode of The Daily Show started, of course, with a humorful introduction to Noah’s last-ever taping, with the comedian immediately drawing attention to the hard work and support of his fellow correspondents.

This is it, my final show. And I’ve got a tonne of cleanup to do so I can get the security deposit back on the studio – but, but before I head out what better way to spend it than to check in with all of my favorite people and all of your favorite correspondents one last time.

The show featured many of the correspondents that it has hosted over the years, including Michael Kosta, Ronny Chieng, Dulcé Sloan, Roy Wood Jr., Jordon Klepper, and Desi Lydic. Each of them got to look over their time together on the show, wading through the nostalgia whilst ensuring that the comedy remained upbeat and lighthearted.

Sloan got to grill him for leaving the job without even having anything lined up next; Chieng got to thank Noah for allowing him, an immigrant, the opportunity to “tell Americans what was wrong with them”; and Klepper got his final person-on-the-street interviews in which he asked New Yorkers what they made of the host stepping down.

Many of these New Yorkers had wonderful things to say of the departing host, with one individual stating,

I’m sad. He has been such a signature. He went through COVID with all of us. That was such an important part, like, just seeing him in his house and everybody being depressed but just him being on TV was such a wonderful thing.

Noah’s time on the show has seen some huge upheavals in the States and around the world with Trump’s presidency, the Black Lives Matter movement, and COVID all occurring within that span of time. He also brought his own changes to the show, ensuring that it became one of the most diverse late-night shows out there in a see of white male talk shows.

In a final, tearful, address to the audience, Noah thanks them, and all his fans, for their support, discussing how when he started they couldn’t get enough people in the audience. He acknowledges how far the show has come, saying:

Every seat that has ever been filled to watch something I am doing I always appreciate it, ’cause I know the empty seat behind it. So thank you. Thank you to the people who watch, to the people who share the clips, you know, everyone who’s had an opinion.

Noah gives a special shout-out to black women, to his mother, grandmother, and aunt, and states that “if you ever truly want to learn about America, talk to black women”. He credits them for how he turned out, turning his success into their success in a poignant and heartfelt speech that ended his seven-year stretch as one of America’s most influential late-night talk show hosts.