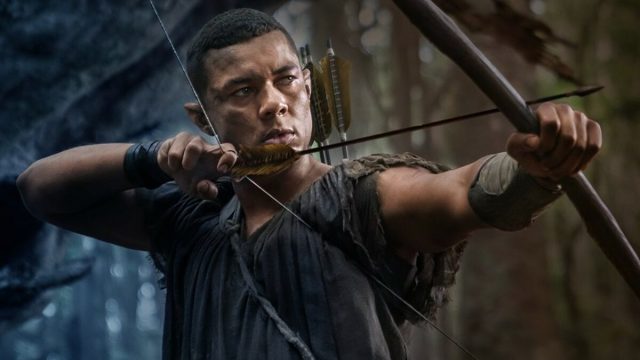 The Lord of the Rings: The Rings of Power consists of characters new and old to J.R.R. Tolkien’s expansive mythos. and Ismael Cruz Córdova‘s character is a central part of the brewing conflict. The prequel series takes place during the Second Age that sees the creation of the One Ring and the ascension of Sauron’s evil empire. This will be the actor’s most high-profile gig to date, and it’s meaningful on multiple levels.

Córdova will play the mysterious Arondir, a Silvan Elf who was created for the show. What is known about him is that he’s a skilled fighter, he’ll be in the southern region of Middle-earth, and he has a forbidden love with a human village healer, Bronwyn (Nazanin Boniadi). As a Black Puerto Rican, Córdova is making history as one of the first people of color to portray an elf in Middle-earth, and it’s a privilege he’s not taking lightly. Córdova has said that it’s been his mission to play Arondir and shared how arduous the casting process was.

Per IMDB, he was born and raised in Aguas Buenas, Puerto Rico, and described it as a rural town with beautiful hills that was very “jungly.” He later moved to San Juan, and in high school, the young Córdova joined the drama club and started doing local commercials, TV, and film. He moved to New York City in 2006 and furthered his education at NYU’s Tisch School of Arts. For his acting work, he received multiple awards, critical acclaim, and was named one of the 25 leaders of the future by Latino Leaders Magazine.

One of Córdova’s earliest big breaks was a recurring role in season three of the CBS lawyer drama The Good Wife, where he played the internet spiritual leader Jimmy Patrick. The character influenced Alicia Florrick’s (Julianna Margulies) daughter, Grace (Makenzie Grace), to follow a path of Christianity, which didn’t go over well with the mother. Jimmy’s youthful, down-to-earth approach drew Grace in, and it forced Alicia to confront her own views toward religion.

From 2013-2015, Cordova played Mando on Sesame Street, a Puerto Rican resident and professional writer. He taught lessons about culture and language using catchy songs and always maintained an infectiously upbeat attitude. Cordova gave an interview with NPR, remembering the life-changing experience of being on the legendary kids’ program. He recalled how mothers would sing his song to him in the subway and how thankful he was that it was a good tune.

In a dramatic departure, Córdova played Hector Campos in Showtime’s Ray Donavan, a man who has an incestuous relationship with his half-sister Marisol (Lisa Bonet), and kills her for having outed them. Córdova was unrecognizable as the Twi’lek prisoner Qin in The Mandalorian, “Chapter 6: The Prisoner.” In 2020, Cordova was in HBO’s juicy psychological thriller, The Undoing, starring Nicole Kidman and Hugh Grant. He played Elena’s (Matilda De Angelis) suspicious boyfriend who’s accused of murdering her and has to clear his name.

Rings of Power will be Cordova’s first leap into fantasy and there are great expectations for the series. He’ll also be in Guillermo Del Toro’s Cabinet of Curiosities, a horror anthology for Netflix, and the thriller Finestkind from director Brian Helgeland.