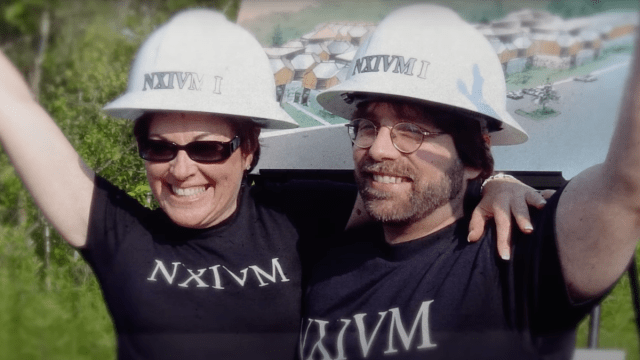 True crime fans were shocked by the story of NXIVM (pronounced “Nexium”), a cult led by Keith Raniere wherein he recruited his followers initially under the guise of an “Executive Success Program” (ESP).

NXIVM was founded on principles of self-improvement, but it would eventually be exposed as a method for Raniere to obtain riches and control over its members, which consisted of actors, heirs, and otherwise influential people, all of whom Raniere exploited for his benefit.

Raniere’s successful reign spanned 20 years, and thankfully ended in a conviction against him on multiple counts and a sentence of 120 years, but he did not do it alone. We learned much about his cohort, Nancy Salzman, in season one of HBO’s The Vow, but season two, consisting of six episodes starting Monday night, promises to reveal more about Salzman, with the trailer painting a portrait of a woman who is contrite and seems ready to talk about her involvement in the cult.

What do we know about Nancy Salzman?

68-year-old Nancy Salzman was born in Cranford, New Jersey, in 1954. She has a nursing license in the state of New York. Salzman met Raniere through dubious means when she was counseling a woman (Toni Natalie) about her boyfriend (Raniere), who was describing his narcissistic behavior, and asked to meet with him.

Raniere’s eight-year relationship with Natalie ended soon after, and he would start NXIVM with Salzman. Raniere would wish to be called Vanguard, while Salzman was known as Prefect.

Thus began the recruitment phase. It has been noted throughout the history of serial killers and predators that they often enlist the help of a female counterpart to facilitate the easy capture of their prey, as the presence of a woman somehow legitimizes their approach and instills trust in the victim. Salzman loyally filled that role, but Raniere’s hunger for control and sexual appetite required a virtual harem.

The first season of The Vow would introduce us to the key players. We witness Keith curing Tourette’s syndrome and meeting beautiful celebrities. Nancy would be his henchman and ride-or-die faithful servant, the extent of which we will see in season two of The Vow. Is Nancy truly open to confess fully her part in the crimes of Keith Raneire, or is the second installment of the documentary simply a woman trying to save herself?