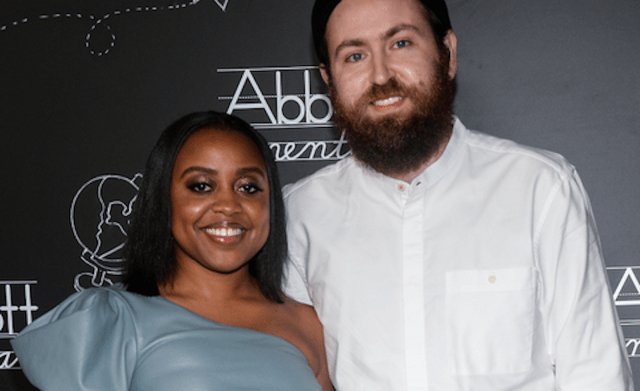 Image via Good Housekeeping
Review of:

One of the most popular new shows that has taken America by storm is none other than Abbott Elementary. The show follows an Office-style format when characters routinely break the fourth wall. The show stars Quinta Brunson as Janine Teagues, a second-grade teacher known for her optimism and happy attitude.

Quinta is not just the star of the show, she is also the creator of the show. Prior to ascending on television, Quinta worked with BuzzFeed as a producer. She was known for her hilarious sketches with the team, so a transition to comedy acting was the next best idea for her. All of her success has fans wanting to know who Quinta Brunson’s husband in real life is.

Who is Quinta Brunson married to?

For those hoping that she was single in real life, Quinta Brunson is actually very happily married to Jay Anik, a sales manager. The two have been very private about their relationship together, so much so that Jay does not even have social media. Even though not a lot is known about their relationship, the two became engaged during 2020.

Although the two tend to be very private, Quinta made sure to give him, as well as other family members, a special shout-out during her Emmys speech. “In case I am not back up here again, I have to thank my mom, dad, brothers and sisters, my cousins … my wonderful husband because he’s the most supportive man I’ve ever known and my incredible cast and show for helping me to make this show and make the pilot.”

This was in her acceptance speech for Outstanding Writing for a Comedy Series, something that is very rare for a pilot to get. The couple appears to be very happy whenever they are seen together on red carpets or at other industry events.

What about on screen?

Those who watch Abbott Elementary weekly can already see the tension between Quinta Brunson and Tyler James Williams’ character, Mr. Gregory Eddie, building. The two have had their eyes on each other during episodes and have had enough playful banter back and forth to make a romance feel inevitable.

This would be a major upgrade for Janine, as she was formerly with Tariq Temple, an aspiring rapper who never made Janine feel like her best self. He was great with students whenever he visited her on campus. However, he was never the thoughtful or considerate partner to Janine who Mr. Eddie has shown he can be at various times.