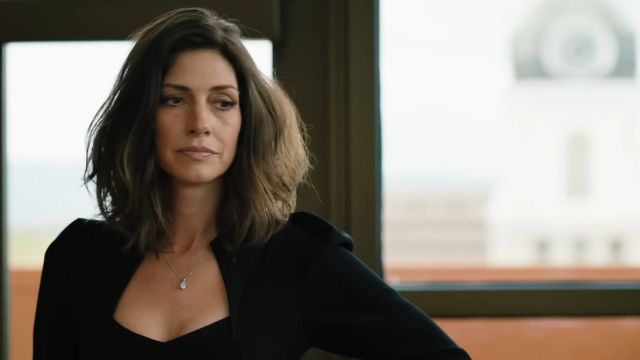 Paramount has premiered season five of its neo-western series, Yellowstone, and this time, the stakes are bigger than ever. The newest season has set itself for a war between the Dutton family and Market Equities after John Dutton won the election as Montana’s governor.

But just because he’s the newest leader of his state doesn’t mean he’s out of the water just yet. As stated in the trailer, some people are willing to fight dirty against the governor, and it’s up to him to stand his ground, and Market Equities may have found someone who may be strong enough to get the job done.

Who is Sarah Atwood, the Market Equities villain, in Yellowstone?

Season five of Yellowstone will continue to showcase the conflict between the Dutton family and the multinational company that first sparked in season three. Market Equities wanted to buy out the Dutton land to build an airport.

Unfortunately for the company, Dutton’s position as elected governor of Montana has given him the power to pull funding for the company’s airport project. This series of events led Market Equities to hire Sarah Atwood.

Sarah Atwood, played by Dawn Olivieri, is going to be season five’s main villain for the series. She’s described as a “corporate shark” who has “a way with men.”

This character was first mentioned at the season five premiere after Market Equities learned about its funding loss and want to fight back against the new Montana Governor. Atwood will be a fierce adversary to not just John, but also Beth after she was fired by the company at the end of season four.

Season five of Yellowstone has the basic foundation set for this pending war between the Duttons and Market Equities. And only time will tell who will make it out alive. Catch new episodes of Yellowstone on Sunday night on Paramount.