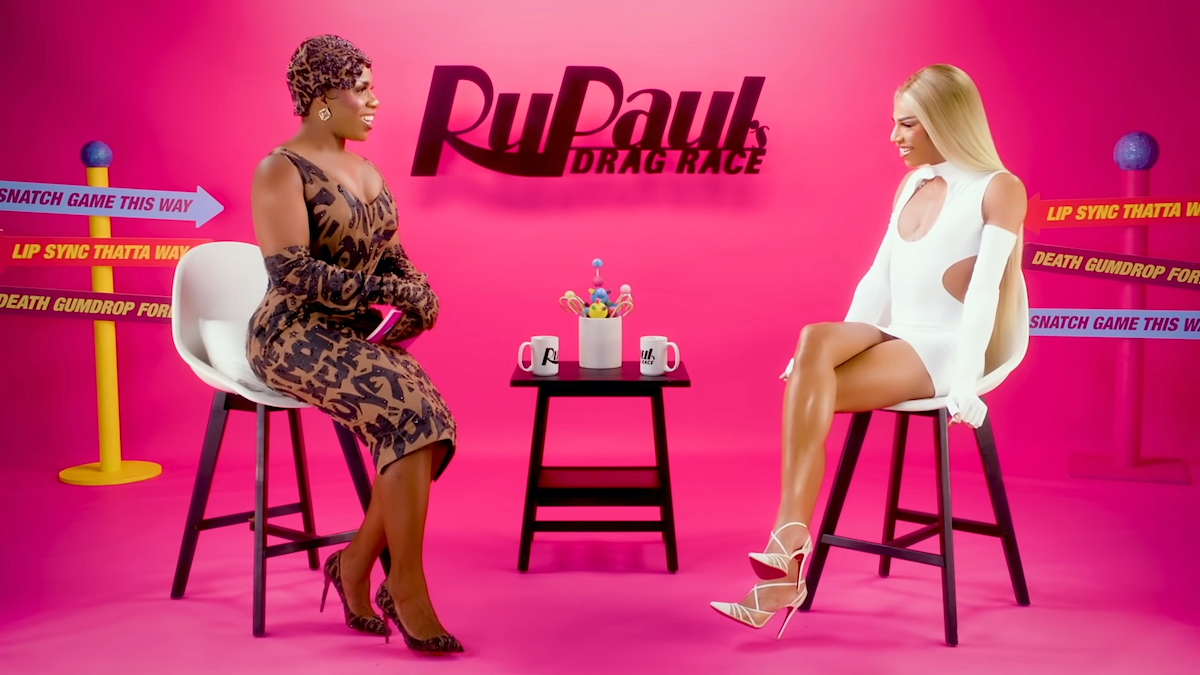 A new season of RuPaul’s Drag Race is upon us, and you know what that means? A brand-spanking-new host of The Pit Stop!

As the official aftershow of RuPaul’s Drag Race, The Pit Stop is where fans come to congregate and discuss each new episode in full. From runway looks to maxi challenges, double shantays to double sashays, the Pit Stop is where we go to unpack it all.

Officially launching in 2016 with RuPaul’s Drag Race season eight, the Pit Stop has become as vital to the full experience of RuPaul’s Drag Race as has Untucked, the behind-the-scenes drama-filled spin-off that succeeds every new episode.

In previous years, The Pit Stop has seen several repeat hosts, such as Raja, Trixie Mattel, and Bob The Drag Queen, all of whom won their respective seasons, be it regular seasons or All Stars. Up until Manila Luzon, who hosted season 11, every Pit Stop host had been a previous winner. The unofficial rule was thrown into flux with Manilla, but Bob, Trixie, and Monét righted the ship in the subsequent three seasons following Manila. Now that season 15 is officially upon us, it’s time for a new host, and thankfully, it’s another previous winner. In fact, one who has never hosted the Pit Stop before.

Which drag queen is the new host of The Pit Stop?

Season 15 of The Pit Stop will be officially hosted by none other than the insult comedian herself, Bianca Del Rio.

Bianca is no stranger to The Pit Stop, having made multiple appearances as a guest host throughout the years. In fact, after appearing in seasons 11, 12, 13, and 14, we were all but shouting “just make her the host already!” Thankfully, Ru listened.

As judge of The Pit Stop, Bianca will finally get the chance to sit down and watch each new episode in full, something she told Variety has not happened in several years.

“I must be honest, and I’ve said it many times before, that I have not kept up with all 15 seasons and all 96 franchises. But this was one time I was having a moment to sit down and actually watch the show, revisit it and enjoy it again. I also give my critiques in my usual cheeky manner, which is exciting for me because I really haven’t had a chance to sit down and watch it uninterrupted. And this is the first time I’m doing it. I told everyone the reason why I’m doing it is that I’m being paid. So that’s how it’s working for me.”

Those who expect Bianca to whip the new queens with her tongue have another thing coming. The season six winner has apparently grown soft in recent times.

“It’s crazy to say, but I must admit that as cynical as I can be, I have fallen back in love with the show again. So, I might not be as nasty as I usually am. This one is really tugging on me.”