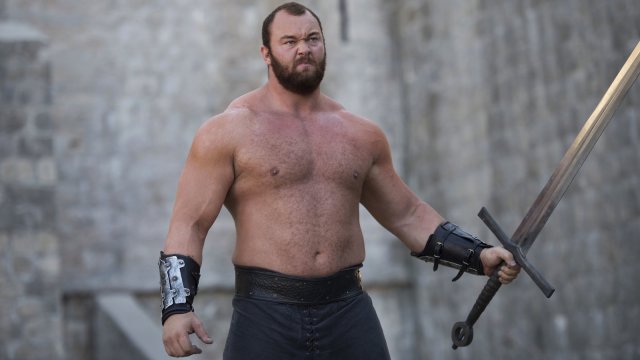 Image via The Daily Beast

As it turns out, there have been multiple different actors who have played the role during the duration of Game of Thrones. In season one, Australian actor Conan Stevens played the Mountain. Stevens is also known for his role as Bolg in the Hobbit trilogy. He is a wrestler and stuntman, having won the International Wrestling Heavyweight Championship in Australia twice.

After Stevens, Ian Whyte was cast as the Mountain. This would not be the first character Whyte has portrayed on Game of Thrones, as he also had a turn as White Walkers in the first two seasons. Additionally, Whyte played a giant in the first episode of the third season of the show. Even though he was only the Mountain for season two, he was Wun Wun in seasons five and six. Prior to acting, Whyte was a basketball player. Whyte is known for playing Predators in the Alien vs. Predator and Alien vs. Predator: Requiem movies.

Perhaps the face of the Mountain and the most recognizable actor, Hafthor took over the role in season four and continued until Game of Thrones sang its swan song with season seven. Although he is a famous actor, Bjornsson might be more known for his strongman career, as he has captured the title of World’s Strongest Man in 2018. Beyond that competition, Bjornsson has quite the strongman resume, winning different competitions all around the world. Prior to his career as a strongman and actor, Bjornsson was previously a basketball player from his native country of Iceland. Fans can also catch Bjornsson in the 2022 film The Northman.