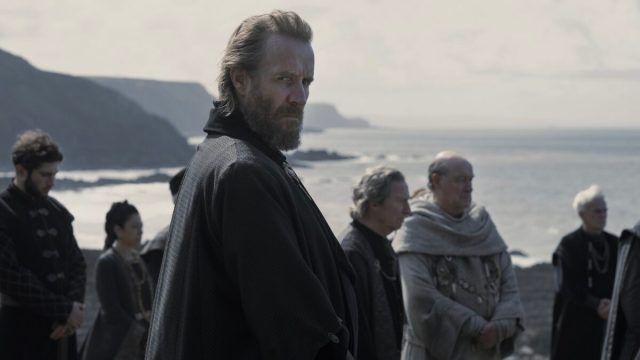 King Viserys figured that he had an incredibly trustworthy man as his number two in Ser Otto Hightower as Hand of the King in House of the Dragon. Ser Otto has been the hand for many years and even served as the hand before King Viserys came to his true power as king.

Through the many years, he had proven to be very good at his job and did the job to the best of his abilities. However, in episode four, King Viserys decided that it was time to move on from Ser Otto Hightower as his hand. Why did King Viserys relieve Ser Otto of his duties as the hand?

Even though Ser Otto was a good second in command, he still had his own personal agenda and want to achieve a higher status and power. From the very jump, this was clear. Ser Otto immediately offered up his own daughter to wed the king and become queen. He clearly did this in an attempt to make his family have an even higher royal status. He was encouraging his daughter to become pregnant by the king for selfish reasons.

The king was too blinded by the loss of his wife to realize what was truly going on. Ser Otto was also encouraging the king to take away the heir from Rhaenyra and give it to his grandson. He framed it as the fact that the people would not want to bow down to a woman and that traditionally it was always the first born son. However, he only cared about the power of his grandson being the king. What really sent King Viserys over the edge was finding out that Ser Otto had his own set of spies that followed Rhaenyra around and report back to him.

This is how Ser Otto found out about Rhaenyra and Daemon in the pleasure house. Although the information was true, King Viserys felt as though Ser Otto was going behind his back. With this feeling, King Viserys felt that he could no longer trust Ser Otto, a man who has helped him from the time he was born to become king.

Now that Ser Otto has been relieved of his duties, there have already been three members of the original Small Council that have either left or been fired. Daemon and Lord Corlys both left under their own want, and Ser Otto was fired. It will be interesting to watch to see who King Viserys names as the next hand.