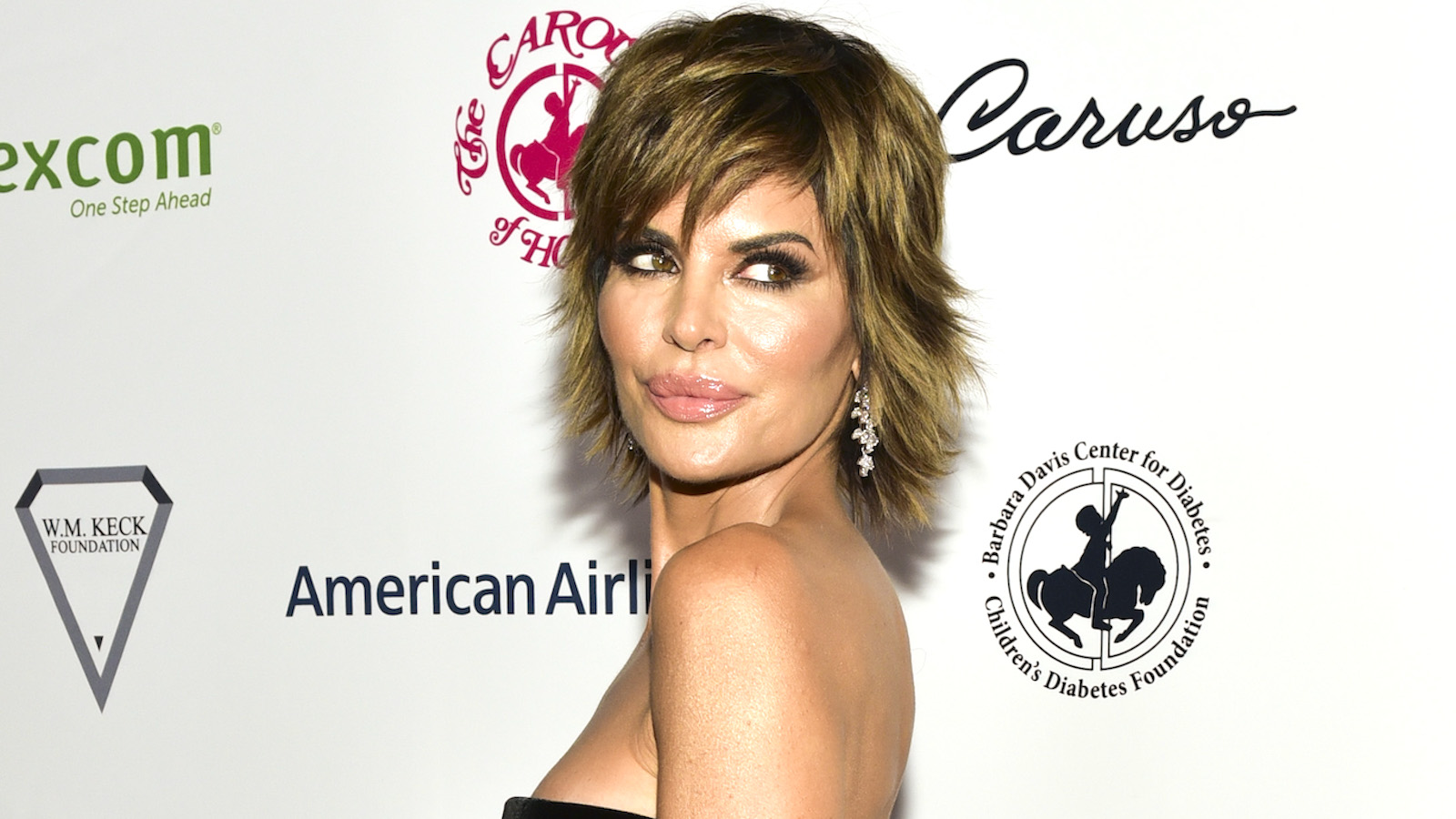 Depending on which generation you belong to, you know Lisa Rinna from one of two places: the flagship shopping channel QVC, or Bravo’s The Real Housewives of Beverly Hills.

Having been on television since she was 21, naturally Rinna is known for much more than just that. She starred in the iconic soap opera Days of Our Lives, acted on the famous TV show Melrose Place, was a contestant on Celebrity Apprentice, and sashayed across the Dancing with the Stars ballroom when the show was still the newest, coolest attraction in town.

No matter where you know her from, there’s no doubt that one thing comes to mind when you conjure up an image of Lisa Rinna: her lips. It’s not an exaggeration to say that those lips have stolen the spotlight over the course of her career. A quick Google search of “Lisa Rinna lips” tells you all you need to know: Her lips, as she says, have created a career of their own.

Rinna was not the first person to enhance her lips with silicone, nor has she been the last, but after almost 40 years in the public eye, people are no longer criticizing the Beverly Hills Housewife for her voluptuous kissers ⏤ they’re celebrating them.

Why do Lisa Rinna’s lips look the way they do?

The short and sweet answer is silicone injections. The procedure is a cosmetic filler used to permanently enhance a person’s lips, giving them a fuller, plumper appearance. The procedure gained popularity in the early ’90s, and one look at Hollywood tells the tale of a collective desire for large lips the size of Rinna’s. Kylie Jenner, for example, underwent a similar procedure, but unlike Rinna, Jenner’s injections were temporary.

The Beverly Hills Housewife is not shy about her lip injections, though. Her motto, after all, is “own it baby!” That’s why it came as a surprise when she announced in 2020 that she was seeking lip reduction surgery. Rinna told People that her reasoning was because she started noticing “hard and bumpy” lumps on her lip, “like peas.” It got to the point that Rinna couldn’t smile without the lumps crowding her teeth.

“I was crazy to even touch them in the first place,” she told People in 2010. That being said, her famous pout paved the way for an entire career. Rinna’s latest cosmetic collection, Rinna Beauty ⏤ a luxury makeup and beauty line ⏤ touts her famous Lip Kits, which advertise the allure for large, glossy lips. Even with a lip reduction surgery, Rinna’s lips are still her most iconic asset.

Rinna will be owning her new and improved lips in the upcoming season of The Real Housewives of Beverly Hills, which is expected to premiere in April or May of 2022. Until then, she can be found, as always, dancing on her Instagram.