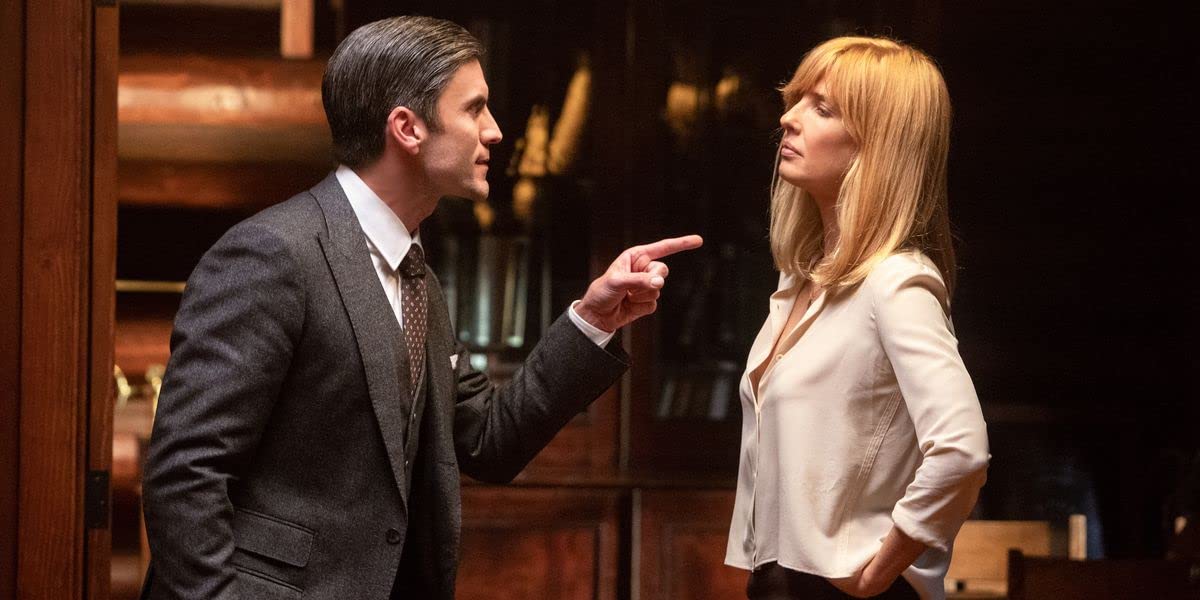 Yellowstone arrived on Paramount Network in 2018 and since then, it has accumulated an arsenal of loyal fans who have faithfully engaged in the characters’ intense lives and intricate family dynamics. The star-ridden drama series is known for its sizzling romances, heated-up discussions, and naturally, plenty of drama inside the same household.

From the Duttons’ first introduction in the series, Beth and Jamie have been at each other’s throats from the get-go. This duo, who were raised together in a siblings dynamic, have had their fair share of heated arguments and extreme attitudes towards one another. Beth and Jamie’s hateful relationship reached new heights during the latest episode of season five, leaving many fans wondering exactly why Beth lashes out whenever Jamie is around. Many have forgotten exactly why Jamie’s sister despises him so much, and this is exactly what happened in this sibling duo that ensured this intense hatred.

What did Jamie do to Beth?

In case your memory’s been failing you, during the third season the audience is faced with a flashback dating to the moment when Jamie, knowingly, had his sister sterilized. Ultimately, this senseless and downright egotistical act from the Dutton brother, is what led Beth to resent Jamie so much. When Beth and Jamie were teenagers, the youngest sister got pregnant with Rip’s baby. Beth tried to rely on her brother for help, but instead of aiding her, Jamie took his sister to a native American abortion clinic that required sterilization in order to continue the procedure.

Naturally, the events that led to her not being able to conceive children, all date back to the moment her brother, knowingly, let the clinic perform a sterilization procedure on his sister. In spite of Jamie wholeheartedly believing that what he did was in his sister’s best interest, as per the information given by Yellowstone stars, Beth has to now face the consequences of her brother’s actions and his ultimate betrayal.

Beth’s rage dates back to their past

In addition to Jamie’s confusion regarding his sister’s rage and his unfeigned belief that he did nothing wrong, the brother’s very mere existence is upsetting for Beth. This troubled relationship also takes root in their entirely different set of values and ideals, constantly butting heads with their divergent set of morals.

On a side note, Beth has always known that Jamie is adopted, and therefore, not a biological child from the Dutton family. As she is aware of this fact, Beth ultimately believes that Jamie has evil inside him, and has taken the role of making his life a living hell, firmly believing that his roots are what makes him evil. She also despises Jamie for continuously betraying the family that adopted him and took him in as one of their own — in spite of the Duttons’ despising of Jamie. More than anything, Beth cherishes and loved her father, making it blatantly obvious that anyone that acts against him, is her enemy — even her brother.

Unfortunately, Jamie’s actions are ultimately what led his sister to feel hatred towards him. Although it may have been for the best — or so he believes — Beth did not have any reason to despise her brother before the hysterectomy. They grew up together and were raised as siblings. At the end of the day, Beth loved her brother, until his betrayal.

While redemption and mending of their relationship do not seem to be down the line, one can still hope that one day, these siblings will start seeing eye to eye- however unlikely that may be. To get caught up with the Yellowstone Dutton Ranch and the sibling drama, tune in every Sunday on Peacock.