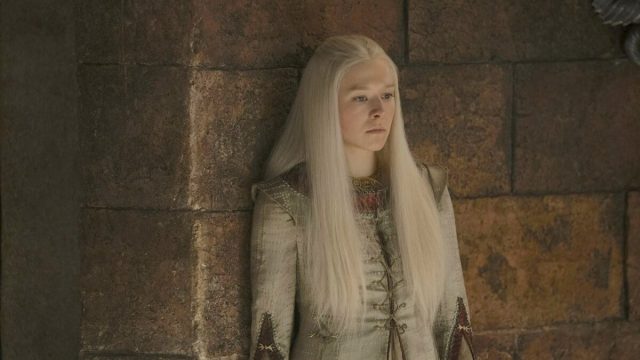 Fans have come to love the character Rhaenyra and her story in House of the Dragon. She has made it known that she is a strong woman who wants to live her best life. Unfortunately for her, she was born into a family that has deemed her fit to be the queen.

She feels as though this is already making her sacrifice her life, as she does not want power at all. In an attempt to fight back, she has put off getting married for as long as she could. She was able to hold out until the end of episode four when she reluctantly agreed to do so. She has repeatedly stated that she does not want kids at all. Why does Rhaenyra not want kids?

Why does Rhaenyra not want kids of her own to carry on the throne after she dies?

Rhaenyra seems to be a free spirit who wishes to do her own thing. Although we do not know what her thoughts on kids were before her mother passed away, she does not want them now. She references that her mother dying during child birth is one of the key reasons why she is nervous about the idea of having kids, understandably.

Rhaenyra also witnessed her former best friend, Lady Alicent, live a life of what she thought of as a prisoner. She noticed that Alicent spent most of her days inside caring for her child, not out and about living her life.

She was so against becoming pregnant that she did not have relationships with men at all until episode four. She did not want to put herself at risk of potentially having a child on accident. However, in episode four, she does experiment. She is then given a drink to presumably cause miscarriage.

It is very odd to not see her drink this drink immediately, as she appears to only stare at the cup. It would be odd for her to change her stance on this only after her first time with a man. It will be interesting to see how this plays out, as she is now set to marry.