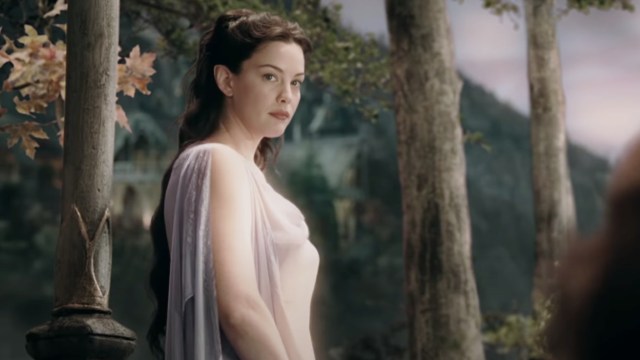 One of the best-known Elves from the Lord of the Rings trilogy, Arwen Undómiel is a vital element of Peter Jackson’s thrilling trio of films.

Her role from books to films was altered somewhat, providing Arwen with far more screen time and a more central role in the trilogy’s conflict. Flawlessly portrayed by Liv Tyler in each of the first three Lord of the Rings films, the character quickly wormed her way into fans’ hearts and purchased real estate. More than two decades after the first film hit theaters, fans still love Arwen. They’d love to see her get a nod in Amazon Prime’s upcoming Rings of Power, but does the show’s setting allow for a cameo from this fan-favorite Elf?

Will Arwen be in Rings of Power?

Arwen was born relatively early in the Second Age, so it’s conceivable that she’ll make an appearance in Rings of Power. It’s well known, by this point, that her father Elrond will play a major role in the upcoming series, but Arwen’s involvement is far less certain. She’d be little more than a child — by Elf standards, at least — through much of the action in Rings of Power, so her inclusion in the show might not make much sense. If scenes ever aim to include Elrond’s family, however, viewers might just get a glimpse of the beloved Elf in her youth.

Arwen has little involvement in many of the events teased for Rings of Power, however, so fans shouldn’t get their hopes up. While a mini cameo with nothing but fan service in mind isn’t out of the question, she’s extremely unlikely to be any kind of central character. She would have been too young, and generally too uninvolved, during this point in Middle Earth’s history.