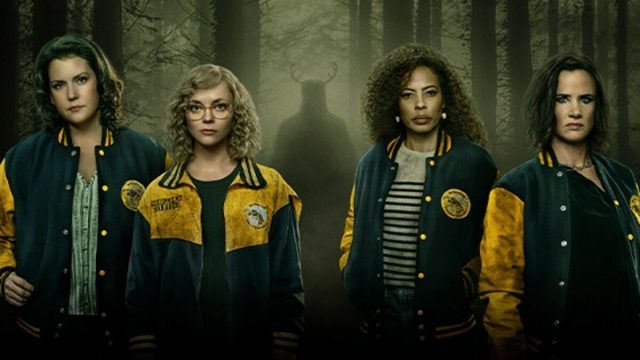 Yellowjackets season one took us down a dark road of occult mystery with a fantastic cast that kept viewers coming back for more, and season two is looking to add to the suspense with all-new cast members. It’s been one of 2022’s biggest television hits, scoring a total of seven Emmy Award nominations including Outstanding Drama Series, and after an eventful season one, there’s still so much more story left to tell.

The series follows the lives of a group of women 25 years after a traumatic plane crash in the remote Canadian wilderness. As teenagers, they were on a New Jersey high school soccer team, but a trip to their championship game in Seattle ended in disaster. The girls had to learn to survive against the elements, each other, their own secrets, and mysterious happenings. It takes place in two timeframes, one in the ’90s when they were kids and the second timeline as adults in the present trying to process their grief and solve the mystery of their friend Travis’ (Kevin Alves) death.

Season one had a talented young cast and there were many familiar faces amongst the adults. Melanie Lynskey played Shauna, the main protagonist trapped in a loveless marriage, Tawny Cypress played Taissa, the career-driven woman running for state senate, Juliette Lewis played Natalie, the recovering drug addict trying to reconnect, and Christina Ricci played Misty, the care home worker who knows a little too much about kidnapping and torture.

Simone Kessel will be playing adult Lottie come season two. She’s been in 1992’s Homeward Bound and made appearances in Hercules: The Legendary Journeys, Xena: Warrior Princess, and Farscape. More recently she’s been in the action blockbuster San Andreas starring Dwayne Johnson and played Queen Ahinoam in the bible-inspired drama series Of Kings and Prophets.

One of the most enigmatic characters in the show is Lottie, played in her youth by Courtney Eaton. From a young age, Lottie experienced visions that her mother believed were precognitive abilities, but her father disagreed. She went to a psychiatrist and was placed on medication to help with her outbursts, but when her supply of meds ran out while she was stranded in the wilderness, she started having violent visions again and at one point appears to be possessed. Fans are dying to know what Lottie actually knows. Lottie will also be a series lead in season two.

Lauren Ambrose will be playing adult Van, and there are a lot of questions surrounding her inclusion. Ambrose stars in Apple TV’s thriller, Servant, where she plays Dorothy Turner, a mom who loses touch with reality after the death of her infant and believes her life-like artificial baby is real. The actress also starred in 1998’s Can’t Hardly Wait, and had a recurring role on Party of Five, but is probably best known for her role in Six Feet Under from 2001-2005. With season four of Servant coming to an end, Ambrose is moving to a new dark series filled with murder.

The younger version of Van is portrayed by Liv Hewson. Van nearly burned to death during the plane crash, and tensions grew between her and Jackie because she focused on her best friend Shauna. As time goes on, Van had a secret relationship with Taissa, and was one of Lottie’s earliest believers when she started having visions. There was reason to believe that Van was dead, but the casting of Ambrose confirms that she’s still around and will get pulled into the ongoing mystery.

Elijah Wood will be joining Yellowjackets for a guest-starring arc that will last a season. Wood famously played Frodo Baggins in the legendary Lord of the Rings trilogy by Peter Jackson, and has an established career in Hollywood. He’s been in Radio Flyer, Back to the Future II, and Deep Impact. He’ll next be seen starring in the films L.A. Rush and the superhero comedy horror film The Toxic Avenger.

Not much is known about Walter, except that he’s a dedicated citizen detective who has his eye on Misty and will challenge her in unexpected ways. Based on the history of Yellowjackets, there’s bound to be a twist or two to make things even more interesting.