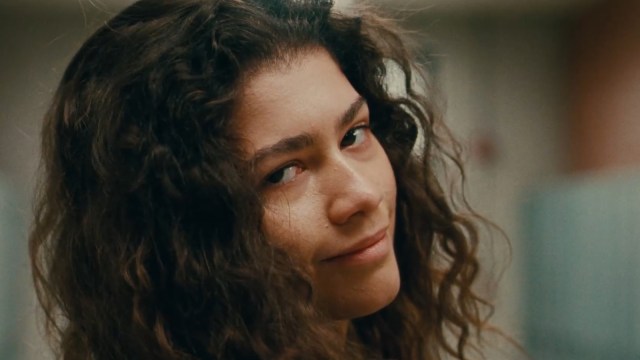 Actress and Gen Z It Girl Zendaya loves to hear that her performance as Rue in HBO’s Euphoria helped you cope with trauma. In fact, she says it even gives her a purpose in life.

The hit HBO series shows a gritty side to being a teenager and covers themes such as substance abuse, grief, mental health, body image issues, intergenerational trauma and more.

Zendaya was praised for her emotionally raw performance as Rue in the show’s second season. She realistically captured the struggles of someone suffering from an addiction and the impact it has on themselves and their loved ones. That struggle escalated halfway through the season when Rue went through withdrawal, violently lashed out at her mom and ran away from those closest to her. For many, it was a scene mimicking traumatic moments in their own lives or people they knew.

The 25-year-old actress said in an interview with Vogue Italia she felt “incredibly lucky” when she heard people connected with Rue and her other roles.

“Sometimes I feel kind of silly being an actor. Because it’s like I make-believe for a living, which may seem ridiculous, but then I remember the stories that I’m telling & the reasons behind them. Especially as of recent with Euphoria, I had so many people reach out and share their experiences of connecting with it, in the sense of loss or addiction or grief or mental illness and their struggles with that.

“People find their connection points to these characters that I feel incredibly lucky to embody and in that, they feel very connected to me and they’ve been able to heal and grow and learn and mend parts of their own past, and that to me is invaluable. That gives me purpose.”

You can catch Euphoria on HBO Max.