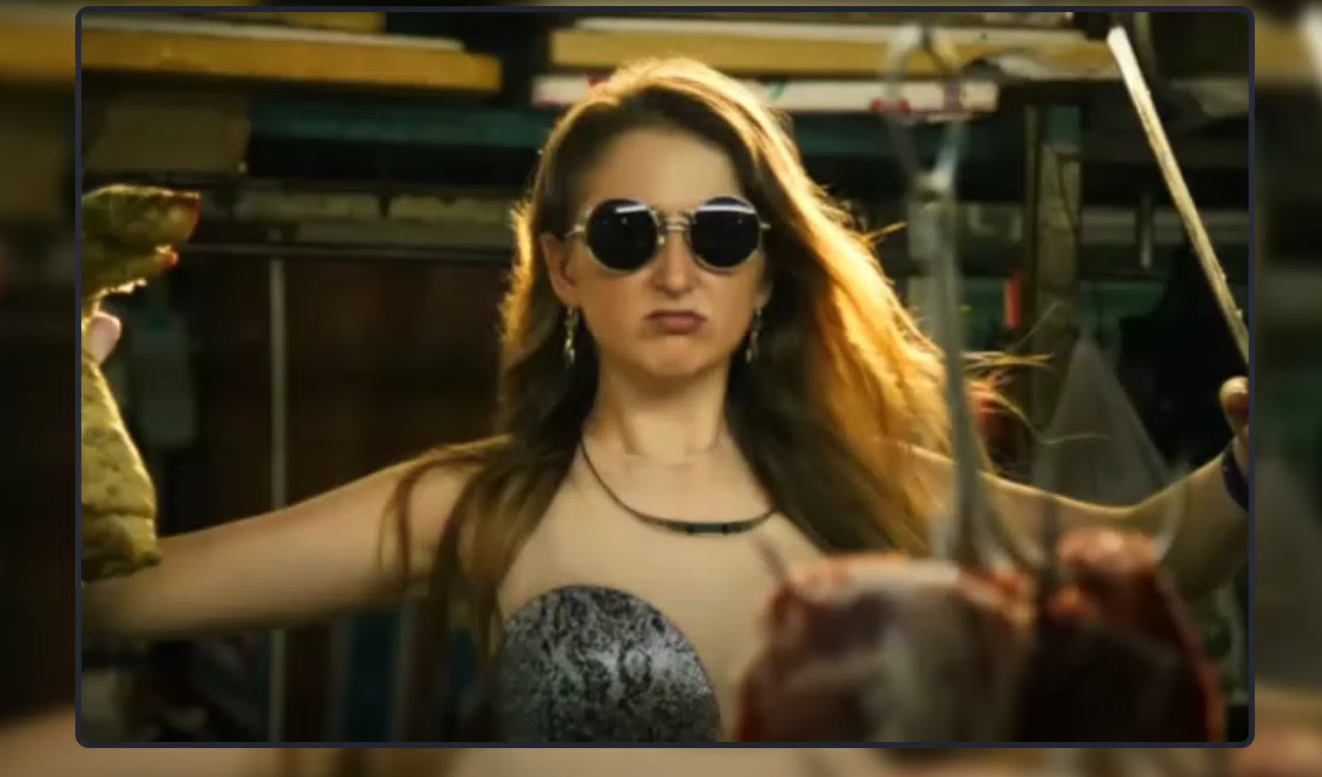 One might think that someone who has laundered over a billion dollars worth of cryptocurrency is as criminal as it gets. But one only has to take a look, and a painful listen, to accused Bitcoin criminal Heather Morgan’s TikTok account to realize that things can always be much, much worse.

Morgan, 31, and her husband, Ilya Lichtenstein, 34, were arrested Tuesday morning on charges of conspiracy to commit money laundering and to defraud the U.S. Government. The couple is alleged to have spent the last five years laundering 120,000 bitcoin stolen by hackers from the Bifinex currency exchange in 2016. So far, the investigation has seized over 90,000 bitcoin from a variety of virtual wallets owned by the pair. The estimated worth of the cryptocurrency is over three and a half-billion dollars.

But that wasn’t crime enough for Morgan, aka aspiring rapper, Razzlekhan. Sprinkled amid unboxing videos and deodorant reviews on Morgan’s YouTube Page are Morgan’s “rap” videos, including titles such as “Cutthroat Country” and “Versace Bedouin.”

“Always be a GOAT, not a god damn sheep,” she raps on the latter, “Spirit of a revolutionary, power of a dictator/love to be contrary, but I’m fly like a gator,” If you wince just reading it you’ll cringe to actually hear it. Morgan’s flow-when it can be said to exist at all is…well, “old school” would be the politest way to put it. “No school” would probably be more on the money. Razzlekhan makes Jean Ralphio from Parks & Rec sound like Jay-Z.

Morgan may also have hamhandedly implicated herself as a money launderer in one of her lyrics. “Spearfish your password / all your funds transferred,” she raps, in an apparent reference to Spearphishing, a technique used by hackers to “phish” confidential information via email.

Morgan’s TikTok page is a similar mess of rambling monologues and cripplingly painful freestyles. Morgan also freely dispensed business advice, including how to build a business without outside funding.

One would think that having a secret multi-billion dollar nest egg would help considerably in any business venture. Bu

As delicious as the irony might be, it isn’t enough to make up for the audible atrocities Morgan peppers in between dubious advice and bizarre rants. A freestyle about missing AirPods is a standout headache inducer. Morgan claims she experiences synesthesia, a sensory phenomenon that causes one to experience sensation in a secondary cognitive way. According to her website, this makes her art into something that “resembles something between an acid trip and a delightful nightmare.”

It’s not really an accurate description of Razzlekhan’s style, which is more akin to flashing back to a 1992 open mic where a 13-year-old white kid is desperately trying to sound like Ad-Rock.

Morgan’s attempt to start a second career – or third, if one considers fake CEO and alleged crypto-launderer as two separate jobs – doesn’t seem to have gained much traction on TikTok. She’s only amassed a paltry 1,908 followers – and that’s presumably after any looky-loos joined post her arrest.

It may be a while before Morgan and her husband return to social media. The couple could face a maximum of 25 years in prison if convicted.