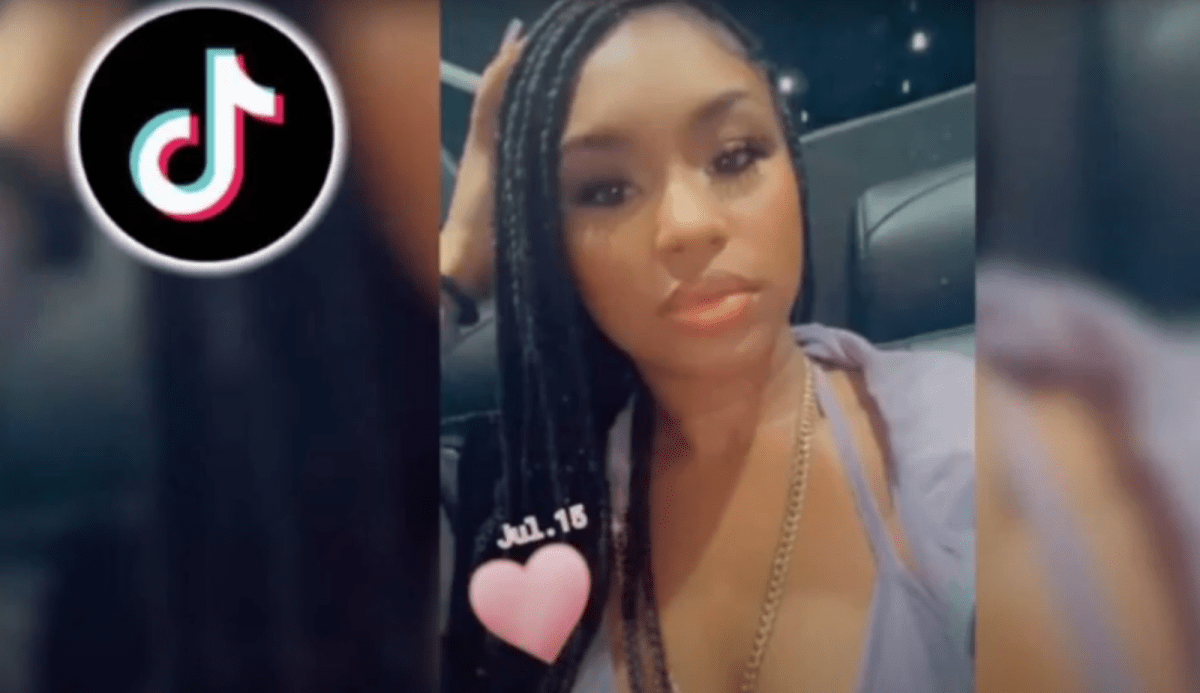 TikTok user Lucydasshh’s latest series of videos on the social media platform has blown up, earning millions of views. It’s not over her performance of the latest dance trend, though. Instead, in a move more similar to a Jerry Springer episode than a music video, the hairstylist has documented how she caught her boyfriend texting another woman and just how she planned to address the issue.

In a text overlay to her first video, which shows Lucy and her sleeping boyfriend in a car, she stated via a text overlay, “Last night I went through his phone and caught him texting some girl from another state. They been talking for a while now, and he agreed to go on a date with her today.”

She went on,” I texted her back to send me location and deleted the message. Today I told him I needed to run out of town for a family emergency. He doesn’t know we on our way to meet the girl together.”

Talk about a literal rude awakening.

Lucy uploaded a new video of the confrontation that followed eight hours later. The utter chaos of the scene, not to mention the achingly loud background music, makes it fairly difficult to discern just what exactly is happening. What is apparent is that her boyfriend was ashamed enough to grab the phone out of her hands. Some commenters are calling the video out as staged, but the Brooklyn hairstylist seems to be sticking to her guns, even captioning the video, “I cannot make this up yall!!!”

No news on whether Lucy will post any other follow-up videos, but users are definitely interested in seeing what, if any, fall out will occur next. Lucy did post in the comments, “Storytime tomorrow y’all stay tuned! Ima go live & give y’all some tea.”