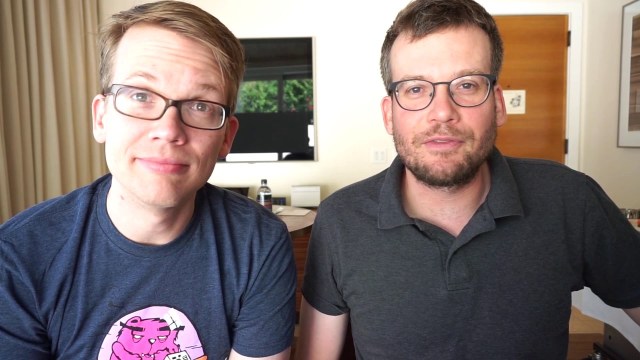 John Green and Hank Green are probably best known for their joint YouTube channel, VlogBrothers. The two are successful apart from each other as well; John is an established author, and Hank is a popular educational content creator. The two Greens are indeed brothers as their channel name suggests and are passionate about education and helping others through their charity, Foundation to Decrease Suck.

The brothers created VlogBrothers in 2007 as a way to communicate with each other instead of through text and decided to continue making videos due to their popularity. Although both brothers use the channel, they usually appear in videos individually and continue to use the channel as though continuing a conversation with each other. Their success on YouTube motivated them to create the popular video influencer convention, VidCon.

The two siblings not only run a wildly popular YouTube channel but also run an educational media company called Complexly together. In addition to these joint projects, they both have multiple successful ventures individually.

Who is Hank Green?

Hank Green is a YouTuber, educator, musician, author, and content creator. Prior to co-creating VlogBrothers, Hank founded the blog, EcoGeek, where he wrote about environmental issues. In 2016, EcoGeek LLC was rebranded as Complexly, a media and video production company. While Complexly was co-created by the two brothers, Hank is acting CEO. The company produces educational content, including the YouTube channels, Crash Course, and Hank’s own SciShow. Hank is also a published author and released his first novel, An Absolutely Remarkable Thing, in 2018.

Hank is passionate about science and creates educational content on multiple YouTube channels as well as his personal TikTok account. His entertaining videos have gained him over 7 million followers on the social media app. In addition to content creation, he has also released music, performing alone and with his band, Hank Green & the Perfect Strangers.

Who is John Green?

John Green is an author, YouTuber, and podcaster. He is known for his bestselling books, The Fault in Our Stars, Looking for Alaska, and Paper Towns. The Fault in Our Stars (or TFIOS for short) was particularly successful for John and the touching novel about terminally ill teens gained him a massive following. In 2014, TFIOS was adapted into a film starring Ansel Elgort and Shailene Woodley. The movie was a hit both critically and commercially, grossing over $307 million in box office earnings. His books, Paper Towns and Looking for Alaska, have since been made into a film and Hulu series, respectively.

Green continues to write, and his last novel, Turtles All the Way Down, was published in 2017. Most recently, Green released a collection of essays titled The Anthropocene Reviewed: Essays on a Human-Centered Planet in 2021.