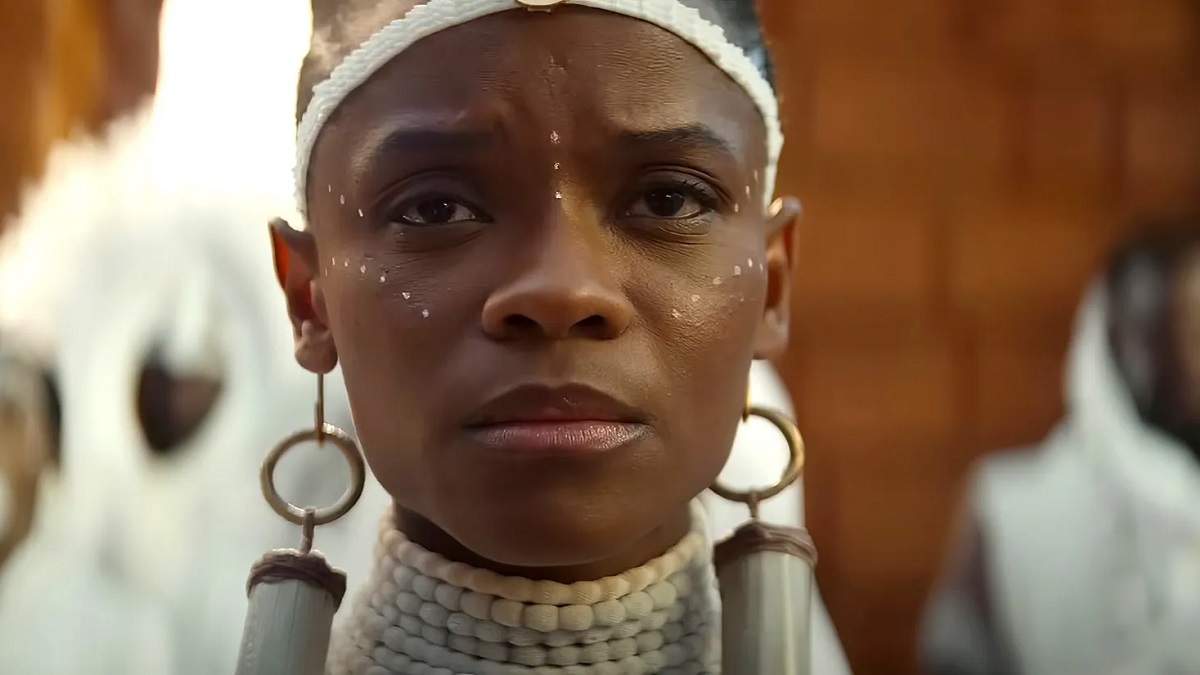 Letitia Wright may have just experienced blockbuster success with her role in Black Panther: Wakanda Forever, but the actress is reflecting on the pressures she faced becoming a leader after the tragic passing of her co-star, Chadwick Boseman. Wright shared this revelation during a Dec. 12 interview with Star Wars star John Boyega on Variety’s YouTube series Actors on Actors.

Boseman, who starred in 2018’s Black Panther as King T’Challa, died over two years following his longtime battle with colon cancer. Following Boseman’s death, the cast would return to shoot the film’s sequel in 2021. In the discussion, Wright admitted that transforming from King T’Challa’s little sister Shuri, who would create “his technology,” to being the new Black Panther wasn’t easy. While disclosing the inspiration behind Black Panther: Wakanda Forever and how the actors wanted to share the characters’ stories which consisted mainly of a female cast, Wright said,

“That wasn’t super easy. But the first film because of the love and the appreciation we got from the audience, seeing the ways in which T’Challa (Boseman) was surrounded by women who were just phenomenal. His little sister was creating his technology. Queen Mother (Angela Bassett), giving him counsel, advice. His main love (Lupita Nyong’o) is one of the greatest spies of our nation. His general (Danai Gurira) is the best warrior of our nation. So that was the stepping off point of inspiration for this film.”

Further in the conversation, the 29-year-old revealed although she missed Boseman, she took filming the sequel as an opportunity to showcase her love for the actor and make women proud. She stated,

“It was just an opportunity to express the love that I had for Chad and it was an opportunity to do what I always wanted to do. Which is inspire, especially for us as Black women. I wanted us to see ourselves in ways that are different. That’s empowering, that’s impactful. When that opportunity came for this, it was bittersweet… I’m missing my brother, I want him to be here but at the same time I have to honor him with my role. I have to honor him with my character, my talent. I have to do something that can make so many women around the world proud. “

Toward the end of that segment, Wright opened up about how she is still processing Boseman’s sudden passing. The star says it’s “super hard” because of how influential Boseman was “for not only our generation but especially for young Black men as well.” Wright wrapped it up by recalling moments with him onset and expressing how she wished she could have that again. She said,

“It’s still a hard pill to swallow because the day it happened I can remember it like it was yesterday. Because it was just yesterday. If I can just go back, rewind that day and erase it and it never happening and just being onset with my brother I would. I would give anything in the world just to have that.”

Since Black Panther: Wakanda Forever’s theatrical debut in November, the film has grossed over $400 million globally. To see more of Wright’s interview with Boyega, check out Variety’s YouTube channel.