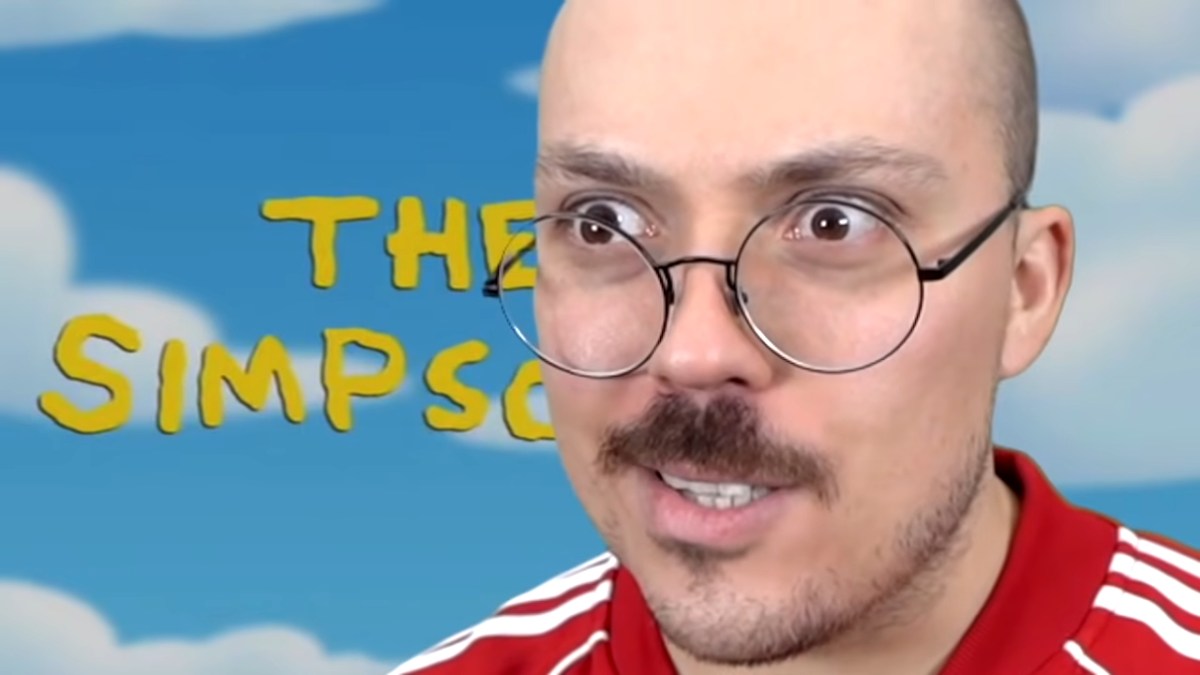 What are the best commentary YouTube channels, you ask? That’s an excellent question, but first we must set the terms for what “commentary” even means in the first place.

According to Merriam-Webster’s multiple definitions, “commentary” can refer to “an explanatory treatise,” “a record of events usually written by a participant,” “a systemic series of interpretations,” “something that serves for illustration or explanation,” or simply, “an expression of opinion.”

And while those definitions do give us a better picture of what commentary is, it’s still a fairly broad-reaching criteria. There could be commentary about general topics ranging from recent news headlines to ongoing social issues or narrowly-focused commentary, such as with the singular topic of music. All of these things would meet the definition of commentary. As such, many of the YouTube channels we will list will be general commentary channels, but some of them may be for a specialized topic.

Without further ado, here, in no particular order, are our favorite commentary channels on YouTube.

In this series of video essays, writer Evan Puschak, aka the Nerdwriter, dissects everything from the speech patterns of politicians like Donald Trump and Bernie Sanders to the subtleties of Anthony Hopkins’ facial expressions while acting in HBO’s Westworld. He also covers topics such as music, painting, poetry, culture, joke construction, and sociological ideas. There’s a little bit of everything in there for your average viewer due to Puschak’s almost hypnotizing and wide-net-casting analyses. You can check out his YouTube channel here.

Anthony Fantano is the music critic with a cult following who rose to prominence — and indeed, is still best known today — for his thoughtful and well-crafted album reviews on the YouTube channel theneedledrop. And while reviews do count as commentary, it’s the critic’s secondary channel — simply called fantano —  that we most want to highlight here. The open-ended nature of the channel means that he can give hot takes from fan questions on Twitter through his “LET’S ARGUE” series, give musings on politics, the latest headline, celebrity gossip, and even forays into non-music topics such as tier lists for Nickelodeon cartoon characters and M&Ms. Check out fantano right here.

Eddy Burback’s self-titled YouTube channel is largely dedicated to comedy content reacting to things from the present day or from pop culture’s collective past that are hilariously cringey, such as 1990s-era sex education VHS tapes for teens, the so-bad-its-good horror film Troll 2, or ridiculing the infuriatingly corporate-minded push toward the  “Metaverse” as a social media platform. His critique of talk show host Bill Maher’s incredibly insulting commentary about Gen Z being a coddled, spoiled cohort will make you want to slow clap Burback’s righteous rant, especially if you’re of the younger generation. A fledgling secondary channel that he produces with his brother Tony, simply called Burback — and dedicated exclusively to nostalgia-centric video game musings — is also worth checking out. Check out Eddy Burback’s channel here.

Tiffany Ferg provides whip-smart analyses that dive deep into whatever topic she’s covering, which for the most part centers around media criticism. She is a graduate of City University of New York’s Hunter College with a degree in Media Studies. The YouTuber, whose channel name is tiffanyferg, is well known for her “Internet Analysis” series in particular, where she discusses various social issues and media, such as the walkability of cities, the massive business of YouTuber-branded merchandise, and the questionable future of computer-generated influencers. The content is compelling, nuanced, and designed to make you think, making it an easy recommendation for folks who enjoy well-researched commentary about a variety of subjects, including other YouTubers and popular memes. Check out her channel right here.

Andre Meadows, better known by his handle Black Nerd Comedy, is arguably an authority on all things geeky — particularly for nostalgia-centric franchises from the 1980s and ‘90s like Teenage Mutant Ninja Turtles and Power Rangers. You can count on Meadows to give his hot takes on the latest movie trailers, superhero films from both Marvel and DC, and video games, such as playing every character in Nickelodeon All-Star Brawl and giving commentary for the latest Nintendo Direct.

Meadows has a deep knowledge of the lore of everything comic book and retro video game-related, making his fan theories and predictions all the more interesting. His infectious laughter and hilarious riffs on all the most surprising moments in pop culture, such as the announcement of Chris Pratt playing Mario in an upcoming movie adaptation or that shudder-inducing Cats movie, makes his channel worth your time. Check out Black Nerd Comedy here.

T1J, aka the1janitor, is a channel filled with video essays about a myriad of different subjects, but mostly known for talking about political and social issues. All of this comes from the point of view of the host, Kevin, who is Black, and often discusses overlooked topics, such as racism and confronting stereotypes. The channel’s About page describes it as coming from “usually a progressive point of view,” but the essays are refreshingly nuanced and present well-thought-out arguments, even if you don’t happen to agree with every single point.

What’s more, the presenter touches on a variety of topics — not strictly limited to social issues, though there are many — such as the virtues of the tabletop role-playing game Dungeons and Dragons, the pros and cons of using plastic, and the top 10 most brutal Disney villain deaths. Check out T1J’s channel right here.

Blair Zoń, better known as iilluminaughtii on YouTube, may have a conspiratorial-sounding name, but you can expect nothing short of well-researched video essays about shady corporations, individuals, and cults. One of the main targets of her videos centers around shining a light on multi-level marketing schemes in a series called “Multi-Level Mondays.” One recent example from that series is an up-to-date profile of the inspiration for the Martin Scorsese film The Wolf of Wall Street, Jordan Belfort.

She’s also exposed the fraudulent business dealings of Theranos, the anti-LGBTQ+ practices of Chick-Fil-A, and the insufferable — and increasingly exploitative nature — of the daytime talk show Dr. Phil. There’s a good faith effort here to inform the general public in order to help them protect themselves from shady business practices or otherwise illuminate corruption amongst name brands that may otherwise be overlooked. Check out iilluminaughtii’s channel right here.

Scott Wozniak, aka Scott The Woz, stands apart from other video game channels on YouTube for both its well-executed humor and tackling of broad subjects more associated with “commentary” — for the purposes of our list —  than pure game streaming or reviewing channels. For instance, he did an entire episode about “Toys to Life,” the phenomenon of integrating figurines into gaming, such as Nintendo’s Amiibo line and the Skylanders series. Other topics have ranged from game controllers, game packaging, digital only consoles, console bundles, demakes, and backwards compatibility, among many others.

Though Wozniak has a more Nintendo-centric angle most of the time, his extensive gaming collection includes consoles of almost every era from the 2000s onward, so there’s a little bit of everything for the casual gaming audience. Wozniak’s great jokes, sense of comedic timing, and visual gags keep us coming back for more, even if the occasional longer sketches featuring some of his friends can stretch on a bit too long at times. Check out Scott The Woz’s channel here.

Though it may seem like a niche subject, Devin Stone’s LegalEagle YouTube channel takes an interesting approach to the world of legal-centric content. Since he is a real-life lawyer, he uses that lens of experience to dissect everything from pop culture and entertainment to current events. Are you curious about how realistic the court room scenes in Better Call Saul, My Cousin Vinny, or Daredevil are? He has videos about all three, as well as a myriad of other movies and TV shows, giving each a grade for legal accuracy. There’s even episodes dissecting the cartoons SpongeBob SquarePants and Bee Movie, as well as the video game series Ace Attorney.

He also offers insight and legal context surrounding high profile court cases, such as those of Derek Chauvin and Kyle Rittenhouse. From the casual pop culture fanatic to the headline junkie to the fledgling law degree pursuer, there’s a fairly broad appeal for the LegalEagle channel, which you can check out right here.

Alex Lyon, a communication coach and professor at State University of New York Brockport, courts an interesting blend of breaking down the communication styles of high profile public figures and self-help content in order to help you improve your communication skills. His most-viewed video is a breakdown of that cringey Bill Gates interview in which the retired tech mogul and philanthropist awkwardly responds to a question about his relationship with the late convicted sex trafficker and financier Jeffrey Epstein. The breakdown of things like body language, facial expressions, tone of voice, and speech patterns make for fascinating content that exists in a bubble wholly separate from trying to derive the facts of their relationship, speculations, or judgements.

He’s also given excellent breakdowns of interviews from celebrities like Dolly Parton, the stand-up of Jerry Seinfeld, and the moving “I Have a Dream” speech of the late Dr. Martin Luther King Jr. and why it stands out as an exemplary piece of communication. Some of his more self-help type videos include tips on how to be a good leader, communicating professionally, and improving your presentation skills. Check out the YouTube channel Communication Coach Alex Lyon right here.

Both fashion guru Ashley Rous, aka bestdressed on YouTube, and influencer-whistleblower D’Angelo Wallace are excellent commentators in their fields who we would’ve included on this list were it not for the fact that their channels have gone dormant in the past year. We thought it would be best to only include channels that are currently active, but by all means, check them both out. If you’re interested in even more fashion YouTube channel recommendations, We Got This Covered previously put together an article dedicated solely to just that.

Social media personality and comic book author Grace Randolph, the founder and host of the YouTube channel Beyond The Trailer, certainly deserves recognition for her great movie and TV reviews, fan theory breakdowns, analyses, and box office movie math videos, as well as being the top woman movie reviewer on YouTube, according to the Critics Choice Association’s website. However, she has garnered controversy in the past for allegedly spreading unsubstantiated rumors about movies and TV shows that were later debunked. One example was that she claimed that Pedro Pascal was fired from The Mandalorian, which was later debunked by the actor’s stunt double on Instagram.There have been some other examples, too, which gave us pause in terms of putting her on the main list. That said, her videos are still generally worth checking out, but maybe just take any of the rumor-centric claims with a grain of salt.

Some other honorable mentions in the realm of gaming include Matt McMuscles, Spawn Wave, Nick930, Stop Skeletons From Fighting, and TripleJump. In the realm of movie review/analysis honorable mentions, we recommend RedLetterMedia, Chris Stuckmann, Jeremy Jahns, The Take, and Channel Awesome’s “Nostalgia Critic” series. Cinnemassacre has a little of both with James Rolfe’s excellent “Angry Video Game Nerd” series and standalone movie reviews sans his geeky, hot-headed persona. The music theorist Adam Neely’s YouTube channel is also well worth your time.

It’s worth mentioning that this entire list represents merely our humble recommendations for commentary content, not necessarily an all-time ranking, so take that as you will. We also favored channels that engaged in more general discussions about topics rather than straightforward reviews.

Editor’s note: We Got This Covered writer Misty Contreras contributed to this article.