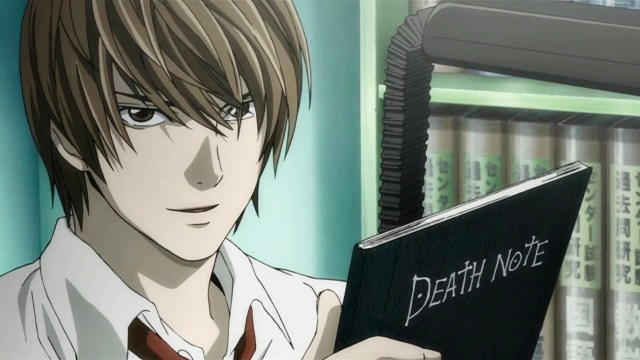 There have been so many anime characters that have excelled mentally above all. While there have been extremely strong or magical characters in anime history, there have also been some much loved geniuses, who have demonstrated time and time again that not all battles are fought with the fists. Intelligence has proven more than capable in helping these characters achieve their goals, whether pure or sinister, and sometimes they don’t even have to lift a finger.

Here are 10 anime geniuses that will have no problem outmaneuvering or pulling a fast one on anyone who stands in their way.

Possibly the most famous anti-hero in anime history, Light is worthy of his spot on this list. Some anime fans would even go as far as to rank him as the smartest character ever. With a powerful weapon he used to commit “justified’ mass-murder at his disposal, Light managed to fool the whole of Japan with his intelligence. He managed to keep his identity under wraps while playing games with the entire investigative team, and exhibited a cool and calm demeanor for most of his time on screen.

Lelouch is another anime character that was bestowed with great brilliance and is a legend revered for his intelligence. The teenager was able to make quite the name for himself with his ability to outplay his opponents at their own game, and have them dancing to his tune. He was also a great leader and tactician that was able to overturn a whole government on his own.

A brilliant genius in his own right, L was the perfect rival for the aforementioned Light Yagami. L was famous for being the greatest detective in the world and solving mysteries from a young age. He was the only one that knew that Light Yagami was the murderous Kira but he just didn’t have evidence to prove it. His extreme sweet-tooth feeds his insane brain power, and even though someone who munches entirely on cakes and scones should be overweight, L insists his brain goes through all the exercise so his body doesn’t have to. While some argue that L is second to Light, others believe that L is far superior in intelligence, especially as he did not have the supernatural on his side.

A true scientist to his core, Senkuu possibly has a library’s worth of information stored inside his brain. In a world where everyone has been turned to stone, Senkuu is the only hope for rebuilding civilization. From figuring out the much-needed cure to turn people back from stone, to building cell phones from scratch, it was quickly made apparent that there was very little Senkuu couldn’t do. Even as a child, he had demonstrated his genius through his rocket-building skills. His only wish is to bring humans from this stone age to a new world of science and technology.

An extremely lazy and uninspired character, Shikamaru might not exactly come off as intelligent, but the calm character did not let his incredible brain power go to waste when he was needed. From becoming the chief strategist of the Allied Forces during the Fourth Shinobi War, to being the Hokage’s advisor, Shikamaru proved himself time and time again over the course of the series. With an IQ over 200, Shikamaru was no ordinary ninja, and was always quick to adapt to his environment and new information.

In this dark series, if a person is able to fool the seemingly perfect Psycho Pass system, they are worthy of applause. Shougo is a truly terrifying antagonist who not only fooled the system, but toyed with his opponents as if they were mere toddlers. His twisted and unpredictable personality always left his opponents scrambling to find their footing. Shougo is not only a voracious reader but also great at hand-to-hand combat, and is able to plan moves well in advance.

Mereum was created to be the ultimate being. He possesses everything from insane physical abilities to incredible intelligence and brain power. The chimaera was able to beat world champions at their own games a few hours after his birth. His powers of deduction helped him see exactly how his opponent would make their next moves, making him literally impossible to beat.

Norman is a math prodigy and considered to be the smartest child on Grace Field. He not only has an immensely intelligent mind, but also great leadership skills and strategic prowess. The child genius is unbeatable at tag and was able to escape the experimentation plantation he was sent to, with the help of fellow geniuses Emma and Ray. He created a detailed plan to annihilate all demons from the world to create a safe place for humans, and is not only one of the smartest anime characters, but perhaps the smartest child in anime history.

Our favorite perverted alien also made it to the list. Koro-sensei mapped out and executed a multi-layered plan that the viewers were only able to peel back as the show progressed. His unpredictable thought processes and jovial personality made for a formidable force in Assassination Classroom. Alongside teaching the students how to execute an assassination, he also taught each student different subjects according to the best ways they could learn, making him a somewhat caring, yet polarizing, class teacher.

From her debut alongside Goku in the iconic Dragon Ball, Bulma and her father have always been the go-to tech specialists on Earth. Building some of the finest machinery and gadgets along the way, Bulma’s mind shines in her handwork. Even though she made fewer appearances in Dragon Ball Z and subsequent spin-offs, one thing is for certain: when anyone needs technological assistance, Bulma’s is the way to go. Thankfully, she has so much fun building that he’s never turned anyone away.