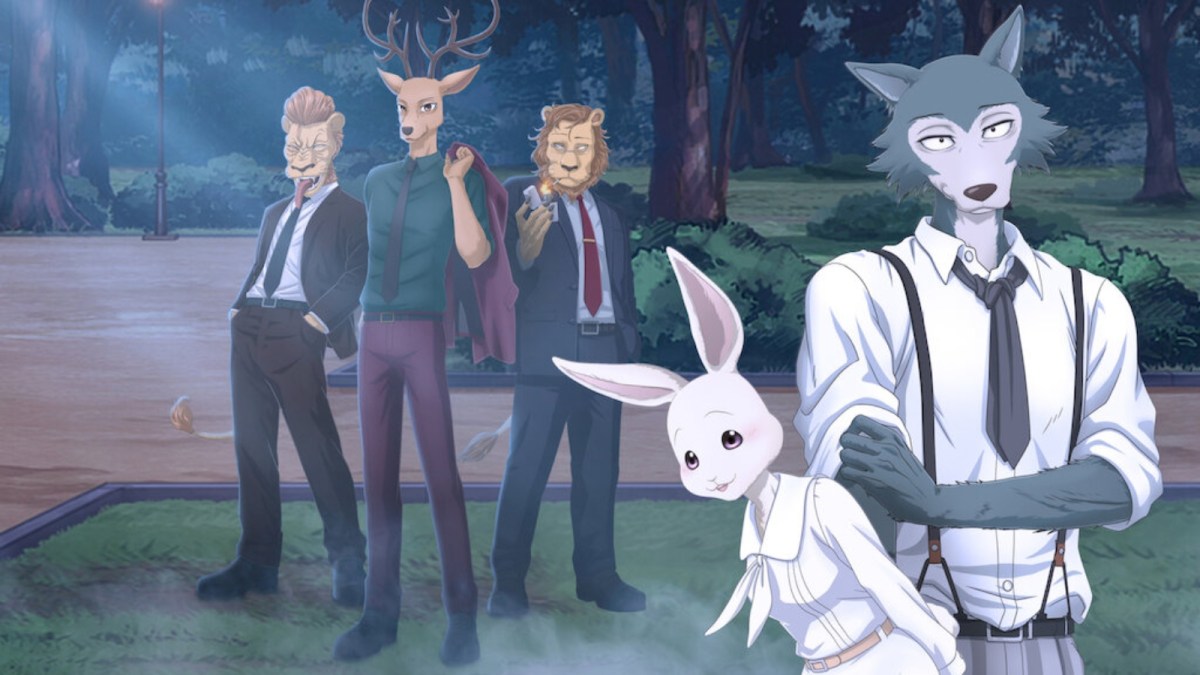 Shin’ichi Matsumi’s Beastars, an anime based on the manga of the same name by Paru Itagaki, takes place in a modern civilization where anthropomorphic animals are divided into herbivores and carnivores. In-universe, exceptionally talented and notorious animals are awarded the title of Beastar, which reflects the series’ title. While there are many subplots involving various characters, Beastars primarily focuses on Legoshi, a gray wolf who finds himself romantically attracted to Haru, a common dwarf rabbit.

On March 13, 2020, Beastars received its first season on Netflix, while Itagaki’s manga ended its four-year stint came to end with issue no. 45. While Legoshi navigates an attraction to Haru, he simultaneously tries to control his predatory instincts, which creates the central conflict of the series. Meanwhile, Louis, a red deer and Cherryton campus’ head actor, begins taking over the academy with the facade of preaching peace between herbivores and omnivores following the death of Tem, an alpaca.

Beastars has aired two seasons thus far—both consisting of 12 episodes—with its second premiering in July 2021. CG studio Orange manned the animation behind Beastars in collaboration with Netflix. Five days after Netflix uploaded Beastars‘ second season, both Orange and Netflix Japan announced that the coming-of-age drama would be receiving a third and final season.

In the finale of season two, “The Taste of Rebellion,” Legoshi brawls with Riz, Tem’s murderer. Louis offers up his right foot to Legoshi, imbuing him with the predatory strength and nutrients needed to overpower Riz and claim victory. Afterwards, Legoshi considers dropping out of school, but Haru urges him to reconsider.

Finally, Beastars fans have some indication of when the third season will air. Paru Itagaki has conveniently crafted a publication website which is expected to be updated as more news becomes available. Stylized with Itagaki’s stunning graphics straight from the page, the homepage reads, “Beastars Final Season — Delivery starts in 2024!”

Netflix has also confirmed that Beastars will stream in 2024.

While it may be disappointing for some, we can safely assume that Beastars‘ third outing won’t be airing until 2024 outside of Japan. However, to make the hiatus more bearable, Beastars‘ first and second seasons are available to binge on Netflix a thousand times over before the thrilling conclusion.