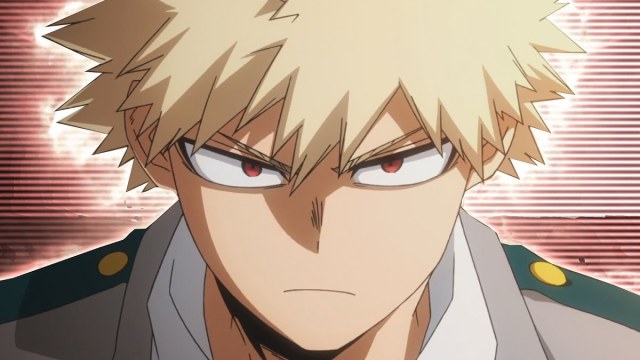 My Hero Academia’s latest manga chapter has left fans in complete shock with a cliffhanger that seems to portray the death of Bakugo, one of the series’ protagonists and a fan favorite character. Could this really be the end, or is there a way for this character to cheat death? Here’s a breakdown of the situation.

Bakugo is a hot-headed, aggressive character best known for his impulsive tendencies. While these characteristics are still key parts of his personality, they were more prominent at the beginning of the story and he’s had quite a significant development since. This character progression seems to be one of the reasons for Bakugo becoming one of the most beloved characters in this manga. But of course, let’s not forget his incredible fighting abilities.

Besides being an extremely intelligent and quick fighter, Bakugo is also powerful. Like most people in My Hero Academia, this character has a quirk — the power to ignite explosions with his hands by producing sweat with inflammable qualities. While this seems like an incredible attack tactic, Bakugo is able to get more use out of this power. The explosions can sometimes serve as a shield for Bakugo, and he can also use them to simulate flight, by propelling himself into the air to dodge an attack or launch at this opponent. This quirk has its drawbacks, though. If the explosion is too much to handle, Bakugo’s arms will begin to ache, and in extreme cases, he can even get injured.

Short answer: yes, everything points to that. At the end of My Hero Academia’s latest manga chapter, after a particularly intense fight, Bakugo takes a powerful attack to his chest from Shigaraki, causing his heart to explode. As a consequence, Bakugo is left lying on the floor covered in blood and with a hole in his chest. It’s been speculated that Bakugo himself may have actually caused his own injury, as the orbs he uses to create explosions started to explode while flowing through his body.

In the final moments of the fight, the manga also includes some panels of Bakugo’s parents talking about the weather, and how much their son dislikes the rain. These panels’ tranquil mood seems at odds with the fight occurring at the same time, which leads to the interpretation that death truly is knocking on this beloved character’s door.

What does this mean going forward?

Don’t despair yet – although it looks like Bakugo is dead, that doesn’t mean we’ve seen the last of him. While it seems unlikely that the 17-year-old could simply shrug off this injury by the next chapter, there may be another way to bring the character back.

In a world where unique quirks are everywhere to be found, a solution to this problem might be easier to find than you think. Eri is a My Hero Academia character, whose quirk allows her to reverse alive beings into a previous state of their existence. This means Eri is capable of reversing injuries by restoring a person’s body to a state before they happen. She has done this before with other characters, and if the mangaka Kohei Horikoshi allows it, Eri could probably do it again.

That said, there is no guarantee that My Hero Academia will take this direction. A permanent major character death in a shonen manga would definitely be a bold move, and it certainly would be a way to move the plot forward, possibly aiding the personal development of other characters, like the main protagonist, Deku. On the other hand, this loss would likely upset a big community of heartbroken fans of the manga series. Besides, even though a fair amount of heroes have been killed off by now, none has been as integral to the story as Bakugo.

In reality, there is no way to predict how the story will progress from here on out, so fans will have to patiently await the release of the next few chapters to see what happens and if Bakugo’s death is reversible.