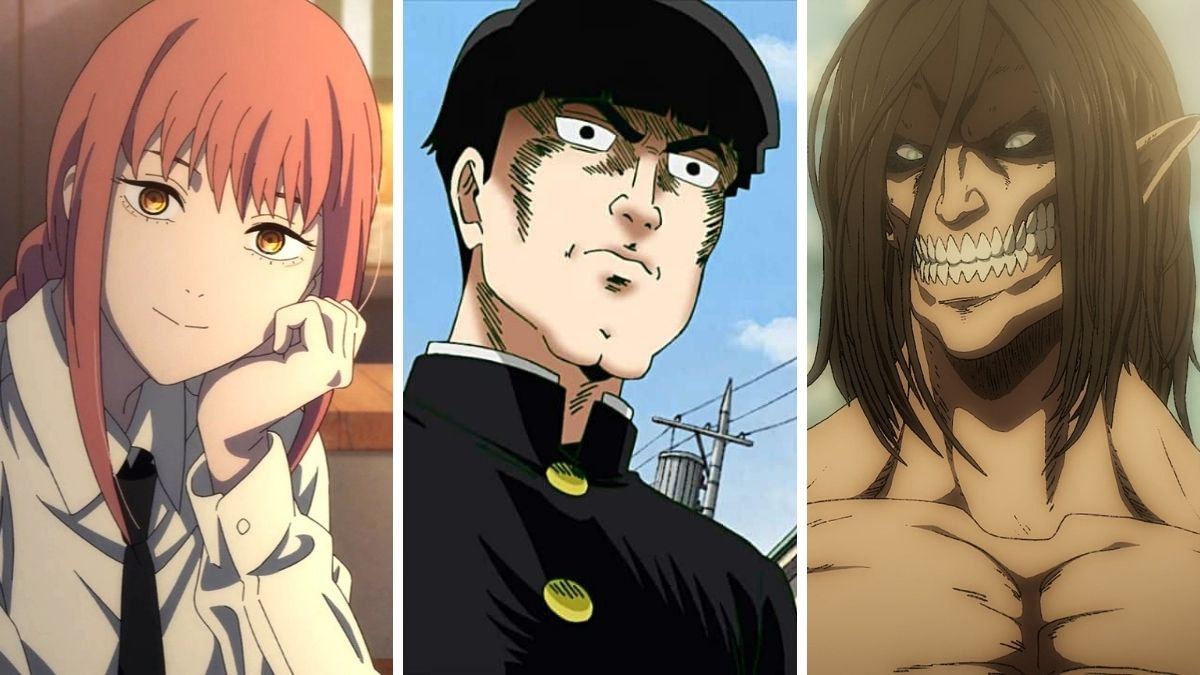 Images via MAPPA and Bones Studio

In recent years, anime has crossed the line into mainstream media and is currently an extremely popular form of storytelling. While many consider anime its own unique genre, that couldn’t be further from the truth, since animation is merely a medium, able to encompass a broad variety of themes, targeting a wide range of audiences.

Between series debuts and long-awaited continuations, 2022 was marked by some highly anticipated anime releases, which were mostly met with enthusiasm upon their premieres. Looking back on a whole year is never an easy task, especially one full to the brim with smashing successes. Even so, with 2022 coming to an end, it’s time to think back on the very best anime this year had to offer.

When a spy meets an assassin, there’s bound to be trouble. Now, throw an esper child in the mix, and you’ve got yourself one hell of a family, fake though it may be. Spy x Family follows Loid, Yor, and Anya Forger as they adapt to life together while pursuing their own goals, and trying to maintain their true identities secret.

Spy hijinks aside, Spy x Family is an adorable, incredibly funny, slice-of-life series, perfect for viewers looking for something lighthearted. The anime was one of the most anticipated releases in Spring 2022, with its first season living up to the expectations of fans.

This year, My Hero Academia graced fans with the much-awaited Paranormal Liberation War. The season kicked off with a raid led by the heroes, but things quickly took a turn for the worst as Shigaraki awoke from his induced slumber. Every episode, things got uglier as the villain made use of his new powers, dealing significant damage to the heroes’ side. In truth, no war would be complete without a few losses.

High on intensity, this season was marked by surprising revelations one after the other, leaving viewers open-mouthed. Additionally, seeing the heroes struggle while giving their all against a worthy opponent is always satisfying, no matter how nerve-racking.

Although this portion of Demon Slayer’s second season premiered in December 2021, most of the episodes were released between January and February 2022, so the anime deserves to be included in this article. Tanjiro and his friends join the Hashira Tengen Uzui in his pursuit of a mysterious demon. To sniff it out, the group goes undercover in an entertainment district, dressed as courtesans.

By now, everyone knows that Demon Slayer’s strongest suit is its fluid animation and art style, which are among the best in anime. This, accompanied by the epic battle between two demons and the Demon Slayers, makes for a gut-wrenching season.

This season, the story follows Jolyne Cujoh as she is wrongfully imprisoned for a crime she is not guilty of. After finding out she was framed and that her father’s memory disc has been stolen, the protagonist must do everything in her power to resurrect him.

In true JoJo fashion, this season took viewers on an extremely entertaining ride, with its use of creative action sequences, wild personalities, insane visuals, and incredible humor. Viewers just cannot help being amazed at what they see on screen during Stone Ocean, with Hirohiko Araki’s iconic art style perfectly replicated.

In the final installment of Mob Psycho 100, all hell breaks loose as Dimple returns to his evil-doing ways; however, that’s not even the biggest event in the season. Mob going on a rampage was not something pretty to see, but nevertheless epic, as the protagonist struggled to understand and accept himself fully.

Much like previous seasons, Mob Psycho 100 III delighted fans with explosive animation, its unique comedy style, and a great deal of emotion. The end of an era is always difficult, but this anime managed to ease to blow with a worthy finale — even if a few tears were shed along the way.

After a decade of waiting, Bleach fans got the final season of their favorite anime, at long last. In the new installment, the Quincy are back, reunited under Yhwach, the Quincy King, who intends to bring about the Soul King’s demise. The Soul Society had to stand against the enemy in a full-blown war, which is not yet finished.

Being one of the most awaited anime conclusions in recent years gave the Thousand-Year Blood War a leg up in streaming rankings, but that alone couldn’t make it the success it is. Bleach is a shonen classic for a reason, with its story captivating audiences around the globe. The new installment takes that groundwork and improves the anime with far superior animation than previous seasons, great battle scenes, and some unexpected events.

Without a doubt, Chainsaw Man was one of the most anticipated anime releases of the year, and it lived up to the hype. The story follows Denji, a newly created Chainsaw hybrid, who out of necessity becomes a Devil Hunter.

The brutal and action-packed story had gore enthusiasts on the edge of their seat week after week, with new characters — friends and foes alike — being constantly introduced. This world of Devils is a fascinating one, but that’s not the only thing keeping viewers hooked. Chainsaw Man has been highly praised for its art and animation style, as well as the way it interweaves insane combat scenes, angst, and comedy.

The battle for Eldia’s freedom continued in Attack on Titan: The Final Season. In part two, we discovered the truth behind the Founding Titan, as Eren put his new plan into motion, and former enemies banded together to stop him. With genocide at the forefront of the protagonist’s mind, viewers were treated to the apocalyptic vision of 600K titans setting out to flatten the Earth, commanded by Eren’s new skeletal titan form.

Every episode was filled to the brim with tension, as epic battle scenes cut through political drama. Attack on Titan: The Final Season was one of the most debated anime of the year, posing the bold question of how far you’re willing to go for the sake of free will.

If you missed any of these anime releases, worry not; they’re still available for streaming on platforms like Crunchyroll, Disney Plus, Netflix, and Hulu.