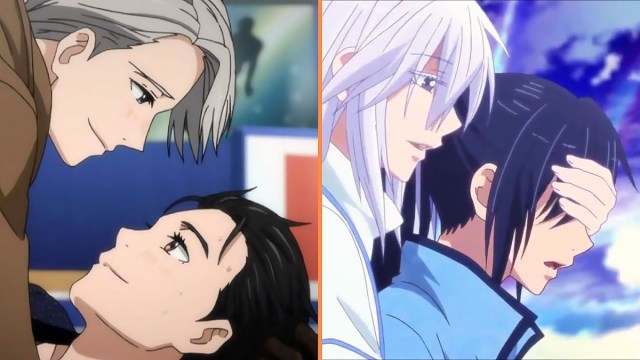 BL, otherwise known as Boys’ Love, is a growing genre in manga and anime that expanded exponentially since Japanese comics’ own growth as a medium. This genre is characterized by the portrayal of romantic and sexual relationships between men, and it was previously popularized by the derogatory term Yaoi. This subgenre, alongside Shounen-Ai, has now ceased to exist in Japan, with BL englobing all queer relationships between men in different media, including manga, manhwa, dramas, novels, and many others. Similarly to BL, there is also an equivalent genre for female relationships, known as GL, or Girls’ Love.

Although frowned upon by some for the possible fetishization brought by the craze of social media platforms and exposure to susceptible younger audiences, BL has existed for decades. This genre, with a tendency to be written by women, exists for the readers to abstain from reality — much like every single fiction novel. On that note, if you do want to respectfully venture into the world of BL, you can start this journey with our list of the ten best BL anime shows and films out there.

Advertised as more of a sci-fi series than a BL, No.6 is a fantasy anime inspired by Atsuko Asano’s work by the same name. It depicts the story of two boys whose fates get tangled in a chain of tragic events. This dystopian teen anime shows an entirely different world from the one we live in after a World War nearly wipes out humanity. Due to its theme and subgenres, No.6 has always been advertised as a sci-fi series, in which the main characters end up developing genuine love and affection for one another.

Due to its queer subtext and undertones, the series was swiftyly marketed as a very soft-coded BL, making it an excellent option for anyone wishing to get acquainted with the genre.

Junjo Romantica: Pure Romance was one of the first long BL anime series released that explicitly portrayed the story it was inspired from. Becoming a cult-classic beloved BL, Junjo Romantica is adapted from the manga by Shungiku Nakamura and is known for containing all the cliché but beloved tropes often found in the genre.

The story follows the lives of Akihiko Usami, a BL novelist, and Misaki Takahashi, an 18-year-old student at a university. In this BL series, there are also several other side couples just as capable of gripping the attention of the audience, thus creating a multidimensional show for everyone looking to get the perfect glimpse of what BL is all about.

The short six-episode-long BL anime Hyperventilation is a great way to get introduced to the world of Korean anime. Usually inspired by Japanese manga, Hyperventilation defied the norm by popularizing an anime adapted from the Korean manhwa by Bboong Bbang Kyu. This breathtaking love story, despite its short running time, wraps up the narrative beautifully within 15-minute long episodes. The series portrays the story of a high school outcast with a lung condition that causes him to hyperventilate and the popular class president who feels compassion for his colleague. Years later, the duo reunites, causing sparks to fly.

Sasaki and Miyano is a BL anime series depicting the blossoming feelings between two high school students in a sweet and loving coming-of-age story. Adapted from the Shō Harusono manga of the same name, this anime portrays incredibly endearing characters who find an unlikely friendship and bond over a mutual interest: BL manga. In this short anime, the gentle relationship between two characters brings an introspective story of innocent first love.

Belonging to the world of Chinese anime, Spiritpact is one of those series that is just overwhelmingly underrated. In a fantasy world where spirits, demons, and ghosts exist, Spiritpact introduces the story of You Keika, a young man living in poverty, who after a series of unfortunate events, passes away in a freaky accident. He, later on, discovers he is a spirit when he meets Tanmoku Ki, a 19-year-old high-rank exorcist in China who offers to make a pact with the recently deceased young man. The relationship between these two goes well beyond friendship as it slowly builds up and starts crossing the boundaries of gentle affection.

Hitorijime My Hero is one of the most adored BL anime of all time. This story — although frowned upon by some due to the age gap between the main characters — quickly became a staple title in the world of BL anime for its incredible animation, voice acting, and unique plot. Adapted from the Memeco Arii manga of the same name, this series follows the story of a bullied high school student saved by Kousuke Ooshiba, a man diffusing street gangs. The student would then discover that his savior is actually his Math teacher and end up developing feelings for him.

The Chinese anime Heaven’s Official Blessings tells an immersive tale filled with beautifully animated fantasy worlds, where demons, spirits, and Gods co-exist. Inspired by Chinese Mythology and Buddhism, this anime is a one-of-a-kind story that shows an unconventional bond between a Ghost King and a scrap-collecting God — however, it does come with a catch. This anime is one of the many examples of BL content that has been affected by China’s LGBT censorship, and for this reason, the relationship depicted in the story is very subtle with its queer undertones, thus becoming more of a fantasy anime rather than a BL. But you can be sure that all the flirting is not just in your head as in the original novel, their status as a couple is established.

Given is one of the most recent anime to completely shift the narrative in BL animation. With the popularization of the genre in recent years, the quality of BL series has been clearly noticeable, with Given being the prime example.

With a gorgeous and flowing animation, the musical series depicts a tragic, albeit comedic, relationship between two couples: high school students Uenoyama and Mafuyu; and college students Akihiko and Haruki. The quartet is together thanks to their passion for music, forming a band called Given. In spite of its sweet story, the series shows the emotional journey of these characters, granting an experience that will tug at your heartstrings, creating a near-perfection BL anime for anyone looking to fall in love and become immersed in a coming-of-age story.

The gold standard for BL anime is definitely Yuri!!! On Ice, an original BL series. This anime is the one that got everyone hooked on the genre since its release in 2016. It is animated by MAPPA, the studio responsible for some of the most popular animated series in Japan, including Attack on Titan and Jujutsu Kaisen. This pinnacle series follows the story of Yuri, a promising young skater who is about to give up on his career, and his idol and future mentor, Russian figure-skating champion Viktor. This sports series is a unique BL anime, with absolutely outstanding animation, voice-acting, and lovable characters, as well as a sweet slow-burn blossoming relationship between two talented figure skaters who find a partner in the most unlikely of places.

Unlike other BL anime, Banana Fish is not a love story, nor is it portrayed as one. This series, inspired by the classic manga by Akimi Yoshida, is a tragic action story that introduces Ash, a runaway teenager in the streets of New York who was raised by an infamous Godfather of the Mafia, and Eiji Okumura, a Japanese photographer reporting on American street gangs.

The unlikely duo comes together while investigating a mysterious drug known as “Banana Fish,” thus creating a relationship of mutual trust, care, and ambiguous love. This beautifully crafted series is oftentimes not labeled as BL, but over the years, Banana Fish has been recognized as a story showing genuine affection and love between two male characters, thus earning its spot as a stable BL series.