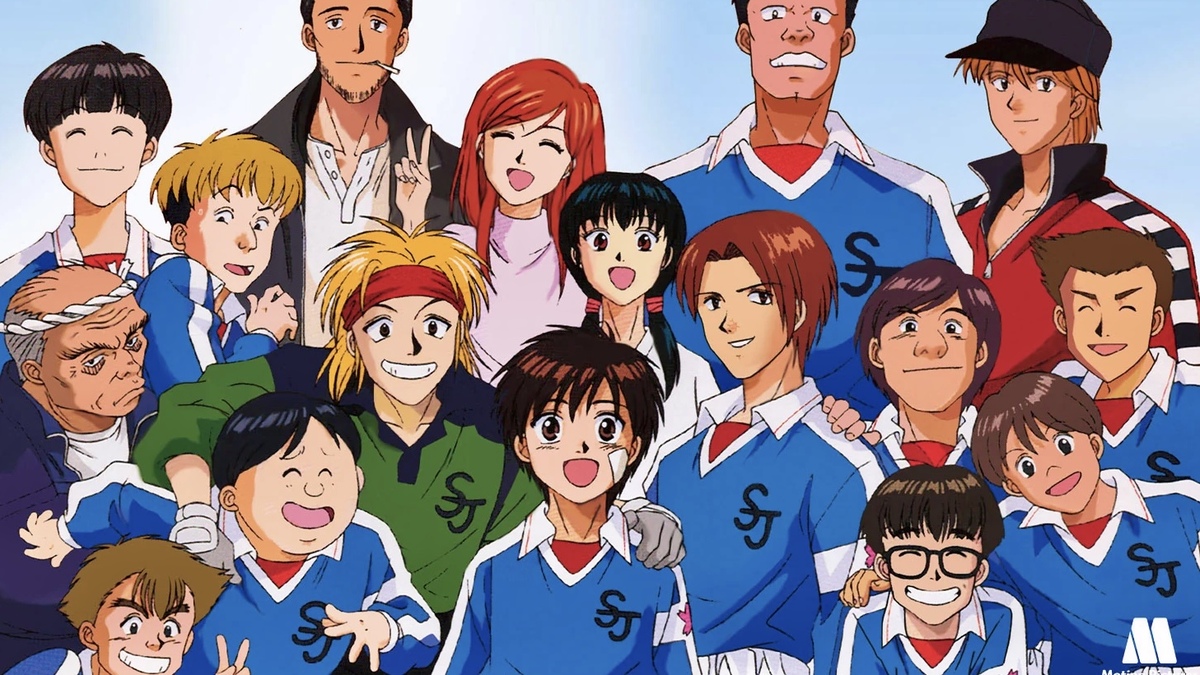 Whether you call it soccer or football, one thing’s for certain—very few sports can unite the entire world quite like this one. In Japan, soccer remains one of the most popular sports of all time, and it’s no surprise that anime stories revolving around it are becoming more mainstream.

Since they offer some of the most heartwarming stories about becoming the best players and teams around, these anime should continue to perform very well.

Here are the 10 best soccer anime.

Victory Kickoff! follows the recurring anime sports theme of the journey to assembling a formidable team. The series chronicles the life of sixth grader Sho Ota, who is unfortunately left without the chance to play soccer after his team, the Moyama Predators, is disbanded due to a lack of players. When all hope seems lost, a chance encounter with a female professional soccer player reignites his determination, and he sets out to unite his team together once again. Victory Kickoff! highlights the love of soccer that lives inside many youngsters, and shows how a little push can go a long way in achieving one’s dreams.

This motivational anime is set in the Italian city of Genova, and follows rising soccer prodigy Hikaru Kicker, who has developed a love for the sport ever since he was a baby. The young teenager must confront a host of formidable opponents as he and his friend Anna strive to take their weak soccer team to the top of the ranks and win Genova’s first ever tournament.

With 30-seconds in each episode dedicated to teaching viewers some of the basics of the sport, Whistle! is one of the best soccer anime offerings for kids and tweens. When a young fan with a weak soccer game is accepted into a premier high school with one of the best teams around, he finds he has to transfer to a weaker school to be able to be given a shot. Now armed with a welcoming set of friends and teammates, Kazamatsuri Shou is well on his way to becoming one of the finest players around.

DAYS follows the adventures of two friends, Tsukamoto and Jin, with a wide gap between them in terms of their soccer skills. While Jin is widely considered a soccer prodigy, Tsukamoto has no skills to boast of. However, when both boys meet by a stroke of luck, their worlds are changed, and the shy Tsukamoto is determined to excel at the sport. With the help of Jin, Tsukamoto hopes to rise to become the best player he can be.

What kicked off as a video game and manga has quickly become one of the most popular soccer anime franchises ever. Inazuma Eleven, and all its other iterations, follows the adventures of a goalkeeper, Mamoru Endou, who must find a way to unite a team of struggling players and whip them up into shape before they’re officially disbanded. When a brand new player with a strong set of skills joins their team, Mamoru believes he has found the missing link he’s been in search of all this while.

After a haphazard few seasons of lackluster performances, East Tokyo United, formerly one of Japan’s premier soccer clubs, is on the verge of relegation. With nowhere else to turn, the board of directors enlists the help of the unconventional and odd coach Takeshi Tatsumi, in the hopes that he can restore ETU’s lost glory. However, with a weak and unmotivated team under his tutelage, it’s going to take a lot more to take down the strong opponents they face.

Trapped in the shadow of his more successful older brother, Kyosuke Kano’s love for soccer gradually fades into nothingness as he is tired of the constant comparisons and criticisms. When all hope seems lost that he will ever kick a ball again, his transfer to a new school puts him in the sights of some new friends who rekindle his passion for the sport, and being part of a new team boosts his morale and pushes him to become the best player he can be. In a classic anime tale of determination and never giving up, Hungry Heart: Wild Striker is a great watch.

This acclaimed manga recently received an anime adaptation in 2022, and has quickly become one of the best soccer anime ever. The story follows the journey of a star player named Ashito Ao, whose emotions and temper get the best of him and causes his team to be eliminated from an important competition. With his hopes of being selected as a top pick for a high school soccer team dashed, Ashito’s only hope lies in a mysterious scout from Tokyo who gives him a chance to prove himself and become a household name.

A thrilling new anime with an exciting plot, Blue Lock is a soccer anime that kicked off in 2022 to rave reviews from fans and critics alike. The series has been praised for its unique twist on the soccer anime, and keeping away from the usual tropes that have long defined the subgenre. Blue Lock is a story about a controversial new soccer project that is aimed at creating the best striker Japan has ever seen. How? By locking up 300 young and hopeful talents and putting them through rigorous training regimens to determine who can best represent the country in the next World Cup. One of the most refreshing anime of 2022, Blue Lock should be watched simply because it offers something new to viewers, while still acing the plot, action sequences, and voice acting.

Easily the most popular soccer anime of all time, Captain Tsubasa has been around for decades, delivering new stories and characters with each reboot and spin-off. One of the premier sports anime around, it follows the hopeful Tsubasa Oozora, an 11-year old boy wonder who harbors a dream of winning the World Cup for his home country, Japan. With a long-running franchise under its belt, Captain Tsubasa is a treat for anime watchers of all ages, even though you may not be a fan of the sport.