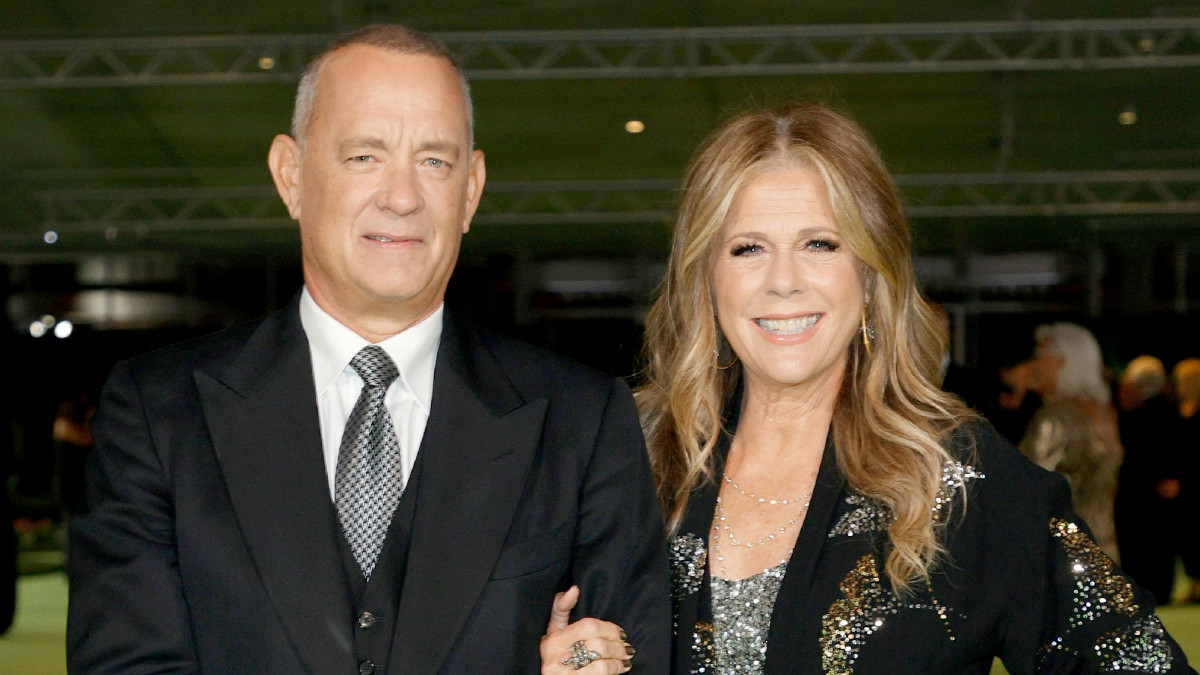 Healthy or not, the public looks to celebrities for entertainment and mentorship. We idolize our favorite sports players, movie stars, and content creators. We want to know about their personal lives. What kind of shampoo do they use? What’s their favorite breakfast cereal? How do they stay so fit? It is a natural progression then for one to look towards them for examples of perfect partnership or couples.

Sometimes celebrity couples make a better example of what not to do in a relationship. There’s been leaked sex tapes, affairs, and multiple break ups. There are some rare cases of what appears to be the real deal. Couples one can truly look up to and aspire to. The ten couples on this list define the catch phrase “couple goals.”

Tom Hanks and Rita Wilson are the modern day Hollywood power couple. Their relationship started as a friendship when they met in 1981 on the set of ABC’s sitcom Bosom Buddies. Tom was married to his college sweetheart Samantha Lewes at the time. In 1985, Rita and Tom played on screen love interests in the film Volunteers. By 1986, Tom and Rita were dating and attended red carpet events together. They got married in 1988. The couple have two children together Chester “Chet” Hanks and Truman Theodore Hanks. They have been married for 34 years.

Like Rita and Tom, Blake Lively and Ryan Reynold also started out as friends. When they first met on the set of Green Lantern, Ryan was married to Scarlett Johansen and Blake was dating her Gossip Girl co-star Penn Badgley. Then they went on a double date. Ryan told Entertainment Weekly’s SiriusXM show: “We went on a double date. She was on a date with another guy, and I was on a date with another girl — and that was, like, the most awkward date for the respective parties because we were just like fireworks coming across.” And the rest was history. The couple are famous for giving each other a hard time on social media. They have three daughters James, Inez, and Betty.

Neil Patrick Harris and David Burtka met when they were both working on Broadway. Neil was in Cabaret and David was in Gypsy. Neil was interested right away, but David was in a relationship. Neil waited and finally got a shot when David became single. David and Neil were on a movie date to Taking Lives and quickly started spending every day together. Neil fell fast, but David caught up with him. In October 2010, the couple had fraternal twins named Gideon Scott and Harper Grace via a surrogate. They got married in 2014 partly to give their children clarity. Neil stated on The View: “Our kids got to the age when they were having reasonable conversations where they’re asking lots of ‘Why?’ questions, then it seemed [important] to be able to have a real clear-cut [identity] of who their daddy is — that he’s my husband, it was easier than partner or boyfriend.” The couple and their children go all out for Halloween wearing the most adorable family-themed costumes.

Even though they are actors by trade, Penélope Cruz and Javier Bardem are a couple that like to stay out of the limelight. They first met back in 1992 on the set of Jamón Jamón, a Spanish film. It wasn’t until they reconnected on the set of Vicky Cristina Barcelona, that sparks flew. The couple decided not to share any details of their relationship with the public. They were secretly married in 2010. They did not even attend any public events together until after their marriage. It is now known that they are together although the couple still remains very private. It works for them. They share two children together, Leo and Luna, and live in Madrid, Spain. In 2022, they were both nominated for Academy Awards. Javier gushed: “I couldn’t be happier to share this celebration with my talented wife, Penélope.”

Unlike many of the other couples on this list, Emily Blunt and John Krasinki did not meet on set. They met through mutual friends at a restaurant in 2008. Emily told Seth Meyers: “It’s kind of a sad, lame story. I was in a restaurant, he was in the restaurant.” Even though Emily laments its lameness, it had a happy ending. They were engaged a year later in 2009. They were married on July 10, 2010. Their wedding was at George Clooney’s estate in Lake Como, Italy. The couple have two daughters: Hazel Grace and Violet. In 2018, they finally became costars in A Quiet Place. Emily gushed about married life to InStyle: “Meeting John really changed my life. When I feel the support that I have from him, I feel invincible. There’s someone behind you on your good days and someone in front of you on your bad days.”

Oprah Winfrey and Stedman Graham are an unconventional power couple because they never plan to marry. Oprah and Stedman first met when visiting a mutual friend who was ill. Oprah was cautious about getting involved with him because she thought he was a player. But eventually she decided to give it a try. The couple started going out in 1986, the same year Oprah started her talk show. In 1992, Stedman did propose and Oprah accepted but they decided the following year to not go through with marriage but still remain together. Oprah believes if they had gone through with the marriage they would not be together today. She calls their relationship a “spiritual partnership.” It works for them as the couple has been together for 36 years.

Denzel and Pauletta first met in 1977 on the set of Wilma. Their relationship became romantic when they reconnected at a party the next year. They dated for around 5 years before getting married in 1983. Denzel told The Guardian: “There is no secret to the perfect marriage. Everybody has their ups and downs; we’ve had ours. It’s hard work, you know. But we made a commitment. A spiritual foundation helps everything — marriage, work, peace of mind.” The couple have 4 children together: John David Washington, Katia Washington, Malcolm Washington, and Olivia Washington.

Viola Davis told Oprah that she prayed for her husband Julius. She told God her requirements: “I want a big Black man from the South who’s probably been married before. Has kids, because I don’t want any pressure in that department. Someone whose maybe been an actor who understands the artistic community. Someone who goes to church and loves God. I said, ‘If you give me that, I’ll start going to church, God. I really will. I’m committed to it.’ And then I signed off, just like writing a letter.” Viola got all that in Julius Tennon. The couple met just three weeks after Viola prayed. Julius even invited her to church. They adopted their daughter Genesis in 2011. Julius also has two children from a previous marriage.

This international couple has dated around the globe. Henry and Liv met at a friend’s birthday party on New Year Eve in Singapore in 2011. Liv said she had to work to get Henry’s attention. She posted on Instagram: “I knew you had noticed me but didn’t introduce yourself. Disappointed, I tried all my craziest wildest efforts, including dancing on speakers, to grab your attention. If you weren’t going to speak to me, I knew I would have to. As I was leaving you walked behind me. Here was my chance. I had nothing to lose. I turned around and said ‘Hi, I am leaving and you’re never going to see me again.’ And so began our love story.” The couple dated long distance with Henry based in Singapore and Liv based in Tokyo. They got engaged in 2015 in Phuket, Thailand. They got married in 2016 in Sarawak, Malaysia. They welcomed their daughter Lyla to the world in 2021.

Sarah Paulson and Holland Taylor first met in 2005 at a party. They were both dating other people at the time but felt an instant connection. Years later Holland and Sarah followed each other on Twitter. Holland made her move by sliding into Sarah’s DMs. Go Holland. They couple confirmed they were an item in 2015. There is a 33 year age gap between the two. Sarah told Elle Magazine: “I didn’t choose to fall in​ love with the person I fell in love with. But I think why it’s interesting to people is that on paper, it’s unconventional. For a person who might find themselves in a situation that they fear will be misperceived or judged, maybe they could see me living my life in a way that is authentic to me — just trying to be as real as possible. If that inspires anybody else, that can’t be a bad thing.”