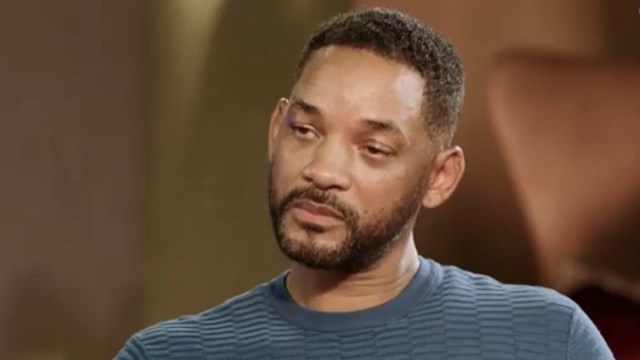 The bigger they are the more glorious the fall. There’s something about human nature that loves to see people with power and fame get knocked down a peg, especially when they do something stupid or horrendous. People do love a scandal, after all.

Fortunately, or perhaps unfortunately if you’re the famous actor about to get named in this article, Hollywood scandals still exist, and actors continue to do really dumb things that put their whole careers in jeopardy. This year was no different. Here are the best of the worst.

Will Smith – The Slap Heard Round the World

This one’s a warm up. Almost everyone with eyes over the age of 9 is aware that Will Smith slapped Chris Rock on live television at the 93rd Oscars telecast, but we’re still coming to terms with the fallout. One thing is for certain, Will Smith was one of the most famous man on the planet at the time.

He was loved the way people love mayonnaise. He was the kid picked first all the time on the playground. He literally could do no wrong, until he did. Everything came crashing down when Chris Rock was on stage presenting Best Documentary Feature, and he made a lame joke.

Even Rock knows it was a lame joke. It was a reference to an old 1990s movie where Demi Moore played a soldier with her head shaved. He said, “Jada, I love you. G.I. Jane 2, can’t wait to see it, alright?” Smith, seated at the primo spot right in front, initially chuckled before he got up, walked on stage, slapped Rock, and then sauntered back to his seat.

In that moment, he might as well have set himself on fire because his carefully crafted public image fell apart in an instant. He won Best Actor that night and made a rambling speech about how the Devil got to him. Then he didn’t apologize for a while. He saw everything just slip away. He’s not allowed at the Oscars for 10 years.

It’s too early to say if he’ll bounce back, but honestly he probably will.

At least it was entertaining. From about mid-April to the first of June, nothing was more in the forefront of popular culture than the Johnny Depp/Amber Heard defamation trial. The trial was the culmination of the two actors’ marriage, divorce, and subsequent attempts to destroy each other.

Before the trial, Depp was the one who was vilified. The couple married in February of 2015 after meeting in 2009. They filed for divorce in 2016. Heard claimed Depp physically abused her and wrote an op-ed in 2018 claiming as much. Depp’s roles dried up, and he saw his years as a beloved public figure destroyed. His career seemed over, and the trial came across like a last-ditch “Hail Mary pass” that would never work. Until it did. The trial was live streamed and people took to Depp and turned on Heard.

She suddenly became a person of ridicule, a staggering turnaround that happened live in court. Then she lost the case and was ordered to pay Depp $10 million. Which, does she have? She doesn’t get movie roles anymore. Many called her a bad actor during the trial.

The only movie she has coming out is Aquaman and the Lost Kingdom on March 17, 2023, and there’s talk that her scenes were cut, too. Any way you look at it, things aren’t going great for Heard this year.

As evidenced from the video above, Ezra Miller has fallen a long way. The actor was all set for a Tom Cruise-like breakthrough with successful turns in The Perks of Being a Wallflower and Fantastic Beasts.

Then they (Miller uses they/them pronouns) got cast in 2017’s Justice League movie, followed by the announcement that they were headlining the upcoming Flash solo film. It’s hard to put into words how absolutely swell things were going for Miller, until they weren’t, and it’s all Miller’s fault.

While Miller’s downfall didn’t exactly start this year, this was the year their career went up in flames. It’s entirely possible that they might not make it through this one. Back in April of 2020 Miller was accused of choking a woman at a bar.

In January of this year, they recorded a weird cryptic message about the KKK. In March, they were charged with disorderly conduct and harassment in Hawaii after police said the actor flipped out on some people singing karaoke. Then came a restraining order from a couple who said he stole from them.

In April, Miller was arrested and charged with second degree assault after they refused to leave somewhere and threw a chair. In June, Miller was accused of manipulating and grooming a child from the age of 12. Then another parent made similar claims.

In August, they were accused of burglary. Then Miller was accused of letting a young family live at their home but lying to authorities about it. Is Miller’s career toast? It’s definitely possible, but it sounds like Warner Bros. Discovery needs The Flash to be successful, so Miller will (as of this writing) still be in the movie.

In August, things came to a head and Miller made a statement about their behavior and announced they were getting treatment:

Time will tell if Miller can bounce back.

Fred Savage – Apparently Not a Nice Guy After All

Fred Savage is one of the most beloved child actors of all time. He starred in a bona fide classic, The Princess Bride, and then fronted the beloved TV series, The Wonder Years. He later shifted to directing and has enjoyed a long career behind the camera as well. That made it all the more weird when seemingly out of the blue he was fired as director and executive producer of a The Wonder Years reboot, over “inappropriate conduct.” This opened the floodgates, and other stories poured in.

He was accused of harassing a woman on the set, and it was even cited as a reason the show ended after six seasons. He was accused of creating a hostile work environment on a show called The Grinder in 2018. A former employee said Savage “had a reputation for tormenting female crewmembers” and that he hit her “violently” when she tried to dust some dandruff off his suit. The court documents revealed even more.

“Defendant Savage was known to intimidate, bully and torment female crew members while they were doing their job duties by yelling things like, ‘I’m not a dog, quit f—ing following me!’ ‘Don’t ever even f—ing look at me anymore,’ and ‘Get the f–k away from me,’” the documents said.

Others bashed him as a director, saying he works crews really hard and tends to overshoot. An insider told People that “…he’s notorious for it. He overshoots and the days are longer, therefore giving more opportunities to snap at people.”

Another source said he “can have a temper and occasional outbursts.” More like the blunder years.

Sometimes the fall is happening right before our eyes. Such is the case with Kanye “Ye” West. While technically not an actor and also facing a decline that’s years in the making, 2022 saw the most unhinged version of the rapper. His career and fanbase seemingly have been in decline for a while, but have has it really?

Despite all the negative press and weird behavior, the rapper still commands headlines and enjoys legions of fans. His career is kind of okay despite his seemingly desperate attempts to end it. The rapper has a long history of outrageous moments dating all the way back to 2005 during a televised benefit for Hurricane Katrina where he said, “George Bush doesn’t care about Black people.”

Over the years, he’s made a habit of jumping on stage when he doesn’t win awards and making weird comments about slavery. This year alone, West bashed his ex-wife, Kim Kardashian, for letting their daughter use social media. “Divorce is difficult enough on our children, and Kanye’s obsession with trying to control and manipulate our situation so negatively and publicly is only causing further pain for all,” Kardashian said at the time.

Things have been getting especially hot for Ye lately. He was photographed wearing a “White Lives Matter” T-shirt at a Paris fashion show, a former TMZ employee claimed he said he loved Hitler and the Nazis, and he claimed he was going to “go death con 3” on Jews.

The anti-Jewish sentiment has alarmed many but also made him a sort of conservative hero figure, which is alarming in itself. Did he ruin his career this year? Probably not, but this whole thing can’t have a happy ending.