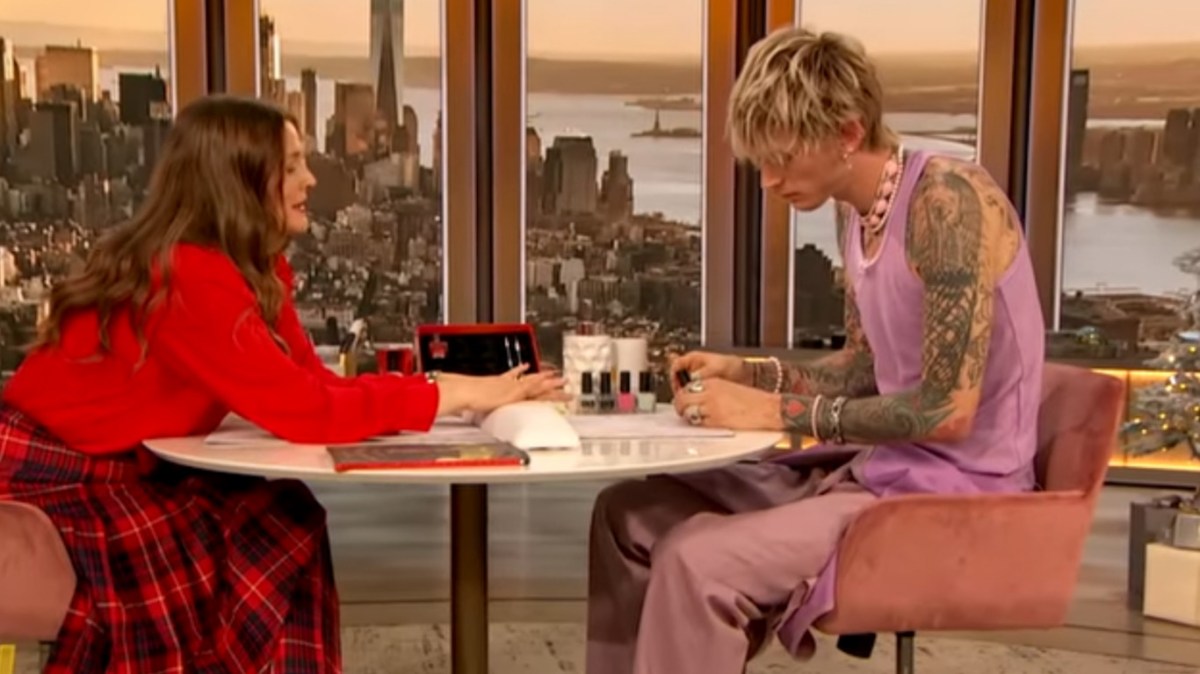 Machine Gun Kelly has been rocking stages since 2009 when he became the first rapper to ever win at the Apollo before signing with Bad Boy Records, a fitting label for his hardcore rapper persona. On The Drew Barrymore Show last year, he was quite content in showing a very different side of himself and his gracious host gave him all the room he needed to do it. It was a moment so powerful, Twitter has recently re-ignited it for further feels.

MGK was once arrested for calling an impromptu appearance at a mall where thousands of fans showed up and caused a disturbance as well as other charges they placed on him. He’s battled with Eminem, which is hard to do unless you can get the 8 Mile rapper’s attention. His song “Wild Boy” is a fitting tribute to himself and casting him as Tommy Lee in The Dirt couldn’t have been a more perfect choice for the movie.

So, what has the internet buzzing about his recent appearance on The Drew Barrymore Show? It was different and unexpected, not only was it what they were doing but the honest exchange they had about their feelings.

The way Drew Barrymore handled it, it does make her the perfect talk show host. The show doesn’t have to go any particular way. She’s up for a spontaneous moment of openness, and gave MGK the space he needed to talk out his feelings to a point where his fans could understand him a little better. That’s the kind of skillset teachers need to have. She would have made a great teacher with that kind of acceptance and patience.

While there will always be haters who have to put everything down, this scene truly reached more people. Fans see them both in a different light, but Kelly more so, because they’ve seen her be open and honest before. It was totally out of the blue for him, and it’s a side that needs to be encouraged more rather than stuffed back down where people grow ulcers and slowly die inside.

Drew could have many careers at this point. Some fans want her to be their therapist so they can sit down with her and get their feelings all sorted out. If being a talk show host doesn’t work out for her, maybe that’s something she could look into.

One hilarious catch is the girl in the audience. She looks like she’s throwing out a heart with her hand signals, but the way she’s doing it comes across like a gang sign. It’s all love though.

Too many times celebrities get made fun of for being open about their feelings or even breaking down on camera. It’s as if being a rich celebrity means they don’t have the right to have feelings. Then, fans scratch their heads when they have public meltdowns and snap, wondering where did that come from? Mental health issues are hard to deal with and shouldn’t be taken lightly, which is why moments like this one are good for viewers to see and Drew Barrymore gave MGK the space he needed just perfectly.