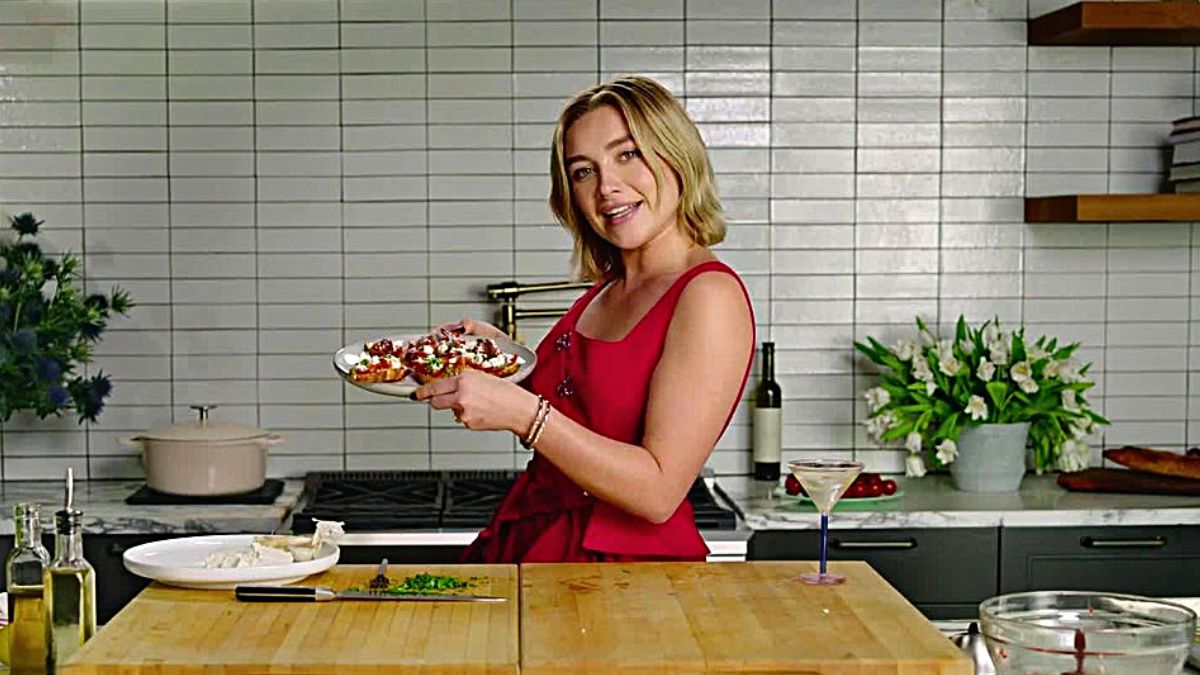 If there was one thing keeping us all going during the COVID-19 pandemic, it was Florence Pugh‘s adorable cooking videos on Instagram. The perfectly monikered Cooking With Flo series filled the actress’s fans with joy during the lockdown, and became a hit so massive that Vogue decided to bring it back for their Winter issue. Now said fans are once again demanding a cooking show for the Dune actress.

The entire photo spread for the issue is inspired by Pugh’s love of cooking, and if a picture of the actress wearing haute couture surrounded by vegetables or while holding a giant fish wasn’t enough to lure people in, the magazine also asked her to prepare some of her favorite recipes while dressed in heels and an Alexander McQueen dress. Naturally, this elicited all kind of passionate responses from her followers.

This already sounds like an absolute hit to us. What are all the streamers waiting for?

The actress prepared a vodka martini and a cherry tomato crostini for the magazine, but some of her past recipes include ice cream, tzatziki, ratatouille, homemade pasta, and even the perfect cup of tea. The potential is endless if she ever does decide to make a proper television series about it.

Pugh would be following the likes of Jon Favreau, Paris Hilton, Selena Gomez, and Ayesha Curry, all of whom have had cooking shows in the past across Netflix, HBO and Food Network. Granted, the 27 year-old star might be a little busy what with being one of the most in-demand actors of her generation.

Not only is Pugh set to appear in the Dune sequel, which is set for a November 2023 premiere, she also has Christopher Nolan’s Oppenheimer, Marvel’s Thunderbolts, and her ex-beau Zach Braff’s A Good Person, where she stars with Morgan Freeman, all lined up to release this year.