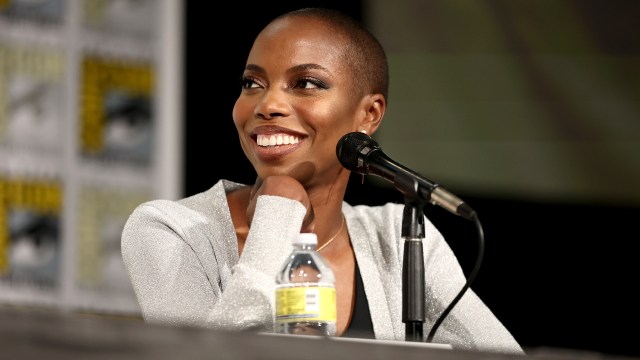 A new cast member has joined Disney Plus’ WandaVision spinoff, bringing the talented Sasheer Zamata into the MCU fold.

The Saturday Night Live alumna was announced as the newest recruit for the upcoming series on Nov. 7, delighting fans of the popular comedic actress. Zamata’s career doesn’t stretch back nearly as far as some of the MCU’s additions, but her career on screen has well prepared her for a role in the humorous series. The cast laid out for Agatha: Coven of Chaos so far leans heavily on actors with a background in comedy, led as it is by Kathryn Hahn, who plays Agatha.

Zamata reacted to news of her fresh role in the MCU with delight, tweeting out a news release about her casting with a note that it is her “actual dream.”

In the comment section for her tweet, Zamata’s many fans shared their excitement, congratulating the 36-year-old actress and raining praise on her. The sentiment that Zamata is hugely deserving of the role was consistent across responses from excited fans, all of whom promised to witness her glory when Coven of Chaos officially drops.

Only two of the actors cast in Coven of Chaos thus far have specific roles attached to them. Hahn is predictably returning to her role as Agatha, who she initially portrayed in the first season of WandaVision, and Emma Caulfield Ford—of Fear the Walking Dead and Supergirl fame—is likewise returning to a WandaVision role as Dottie. The remainder of the cast has yet to announce their specific roles, but Marvel fans have guesses for a few of them.

It’s still unclear who Zamata has been tapped to play, but longtime Marvel fans are convinced that Heartstopper‘s Joe Locke is set to portray the teenaged version of Wanda’s son, Billy. Aubrey Plaza, well known for her time on Parks and Rec, also has yet to announce her role, but she’d make an excellent witch, alongside Agatha herself, as would The Good Nurse‘s Maria Dizzia. The only other cast members who’ve been announced are Ali Ahn, a talented actress who’s seen roles in a number of popular television programs, including The Diplomat, Raising Dion, and Orange is the New Black, and Eric Andre, whose comedic roles stretch back years.

Coven of Chaos doesn’t have a specific release date just yet, but the Disney Plus series is expected to drop in 2023. The plot likewise remains under wraps, but with the attachment of so many stellar stars, fans really couldn’t care less. With talent like Hahn, Zamata, and Plaza attached, Coven of Chaos is all but guaranteed to be a spectacular addition to the MCU.